The converse is an American Shoe company and was founded in the year 1908. It produces lifestyle brand footwear, apparel, and skating shoes.  Since 2003, it has been a subsidiary of Nike.

Initially, when the company was established, it made footwear for the public and during the world war, it started making footwear for the military. The brand is differentiated with the number of unique features like the star insignia, the smooth rounded toe, and the All Star’s rubber toe and wrap-around strip.

In the year 2003, Nike paid $309 million to acquire converse and in the year 2010, Nike relaunched Converse in the market.

Our MISSION is to deliver personal service to our customers knowing that soon we will become friends. Our hope is that we provide the same shoes that our owner’s father wore for cross country in 1965, and his grandfather wore to play stickball in the streets of Philadelphia in the ’30s.

o give people the opportunity to express themselves through their Converse shoe.” They are best known for selling shoes as well as clothing and their brand identity is identified with a star

Taco Bell will grow into the largest fast food provider of Mexican style cuisine in emerging markets. The brand will have an established presence in Asia, South America, and Africa with restaurant locations being found within the top 25 major cities on these continents.

By saturating the world’s most populous metropolitan cities, taco bell will be the most recognizable Mexican food brand in the world.

Segmentation targeting and positioning in the Marketing strategy Converse 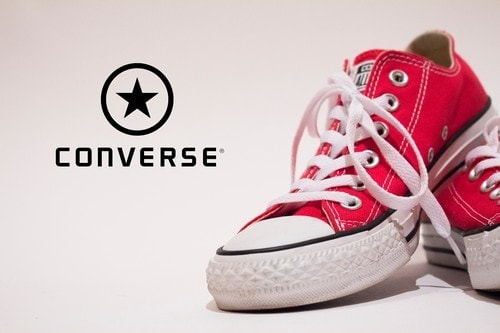 The converse is the first shoe company to claim that it came up with the concept of self-expression and their shoe brand Chucks enjoys this status in the market. Under demographic segmentation, the age group has been divided into three parts, and they are under 13, 13-19 age group, 20-35 age group and Above 35.

The income has also been divided into no income (students) and people who are middle and upper class. Under psychographic segmentation, Converse targets the Aspirers the materialistic, acquisitive and the image conscious people.

Converse has also analyzed people’s activities on the web and targeting the behavioral segments like the fashion interested, outdoor sports enthusiasts, etc.

In reference to the segments mentioned above, The Chucks brand has been used to target the two age groups ranging 13-19 years of age and also the Entry-level professionals between the ages 20-35.

Chucks have been designed to target both male and female consumers and different have different patterns for both. They also offer a unisex range to the customers. The Chuck product ranges targets the mid and upper range income groups.

In the marketing of the products, the focus mainly is on the younger generation and who fall in the “reformer”, “aspirer” and “explorer” based lifestyle.

The brand is positioned as a brand that is worn by artists, dreamers, rebels, rockers, and originals. It is a brand that celebrates individuality. The brand encourages its customers that if they are one-of-a-kind, they should try converse.

It previously was positioned as an athletic footwear brand but now the brand is positioned as a “retro-modern subculture” and is a classic shoe for the people of the younger generation.  The superior quality, carefully selected price ranges, image it has acquired a good position in the buyer’s mind.

The Chucks are positioned as a brand that is trendy yet simple.  Converse has sued “Cultural Symbol Approach” to position Chucks in the market and is named after the legendary basketball player Chuck H. Taylor.

BCG matrix in the Marketing strategy of Converse 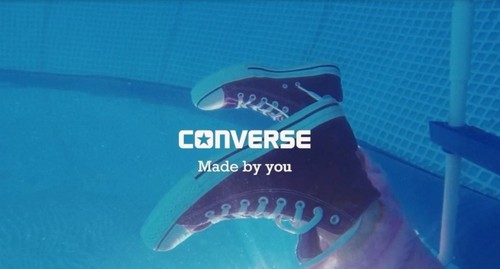 Converse was bought by Nike 13 years ago for $305 Million and Converse has grown nearly tenfold since then. According to Nike, buying Converse was a great move which has helped Nike retain its position as a market leader in sports apparel and Converse now sets for even more success.

Converge has proved to be one of the most important investments for Nike so in the BCG matrix, Converge comes under the star category.

Distribution in the Marketing strategy of Converse

It has used the direct-to-consumers strategy in the domestic and international market and has been available in factory stores, retail stores, multi-brand stores, and websites.

The shoes are widely available through online stores like Amazon and Flipkart. Converse plans to open more stores across major cities in India. In the USA they are extensively available on Walmart stores and Payless stores.

Converse has revived the old classic vibes of the eighties and this has made it more attractive to the younger generation and this branding strategy has helped Converse gain more market share. Their products are identified by a star and this brand logo has been incorporated in most of the products.

Their shoes are also known for having canvas linings.  They are well known for their shoes called Chucks which are moderately priced and with a variety of patterns and designs. The brand positioning has helped an open the number of currents and future opportunities for Converse.

The global revenue of converse in the year 2018 was 1.89 billion dollars. Under the ranking called “Top 100 Brands for Millennials”, Converse ranks in the 84th position. It is a well-known brand and a preferred choice for millennials who want to express their individuality. 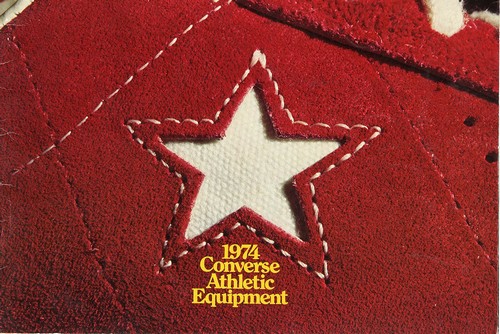 The shoe company was started in the year 1908. The All-Star shoe was one of the major product of the company. The unique symbol of the star was very famous among consumers around the world.

Converse was also very popular for its canvas shoes. Since the inception of the brand, Converse has inspired consumers to design their own shoes and achieve the highest level of self-satisfaction and comfort. The Chuck Taylor shoe that was created in the year 1932, took over the footwear industry.

Converse now a brand that can be worn anywhere and anytime and has transcended beyond sports to more fashionable footwear that has unlimited potential to go with every outfit.

Converse has created a multi-generational marketing strategy, every generation has owned a pair or two of Converse shoes at one point of their life. Converse knows the fact that the older generations have an emotional connection with the brand so Converse uses storytelling tactics in their marketing campaigns and these may not be directed only to the older generation but to connect with the audience at large.

To target the younger generations, it uses celebrities and influencers to connect with them.  The newer generations come to know about Converse through their parents and Converse continues the awareness through famous personalities to create strong influence.

These famous individuals connect with these audience segment by partnering the brand, flaunting the products on their social media profiles or by appearing the campaigns. In the past Converse has partnered with celebs like Pete Davidson, Maisie Williams, and Winnie Harlow, etc.

Their strategy to focus on the brand and not competition has worked in favor of the brand.

Competitive analysis in the Marketing strategy of Converse

The main competition of Converse of brands is like Reebok, Nike, Reebok, Bata, New Balance, Woodland, Asics, Fila, and Puma, etc. New Balance is a premium product and is costlier than Nike, Reebok or Adidas. Under Armour has a great brand valuation due to its great performance in the US market.

ASICS is a Japanese brand that is providing high quality and various design of sports shoes. Companies like Fila, Sketchers, Walmart, and Ralph Lauren were sued because they were allegedly copying Converse’s signature product, the Chuck Taylor sneakers.

Converse’s main competitor, capturing its market share is Vans because they sell similar product ranges like Converse and has way more variety in designs than Converse that is one main advantage that Vans has over Converse. With the designs, they have good padding and cushioning that gives them more comfort, durability, and Richer feel.

Converse wants customers that are rebellious and are daring. They find these customers to be super important to them. The people who buy converse are from all ages, from older to the new millennial consumers, all buy Converse due to the legacy of the brand what it stands for.

The converse is part of history and will be part of the future as well. Consumers who buy Converse tend to be free-spirited, having a good sense of fashion and also choose comfort. These are the people who want to be part of a change and who embraces individuality and freedom.

The brand name of Converse has been built on extensive celebrity endorsements and marketing campaigns. The Chucks shoe range has been marketed by the number of famous personalities in the field of music, sports and entertainment. Converse has also built a presence in hip indie/alternative music youth culture.

It uses the concept of storytelling in its marketing strategies and these stories are often well said by celebrities on their social media accounts like Facebook, Twitter, and Instagram. The converse is also apparent on several of the social media platforms.

The brand also associates itself with music and it promotes itself by associating with a fad like classic rock bands like Pink Floyd etc. It has launched the global connectivity campaign to promote the legacy and heritage of the brand.