Definition: Subculture is defined as a culture originating from a small group of people who exist within a culture and which differentiates itself from the parent culture. Often the founding principles of parent culture are maintained in the subculture. It can also be defined as a group within a larger group which have interests and believes different from the broader culture.

Subcultures have their values and norms concerning political, cultural and sexual matters. Subcultures are an integral part of society, and they keep specific characteristics intact. Hippies, bikers, goths are a few examples of subcultures.

Subculture is perceived as a subversion to normalcy. Subcultures can also be seen as unfavourable because of the nature of criticism to many standards of society.

There are six essential ways which are proposed by Gilder in which the subcultures can be identified. They are as follows:

As the investigation of more cultural groups is incorporated in the umbrella of the subculture, the description goes on expanding. Some sociologists and theorists consider that the concept of subculture has outlived its usefulness.

Therefore, the characteristics which are mentioned below incorporate concept and theories from many prominent scholars of subculture but is not a consultative checklist for determination of what consists of culture and what is not.

Formal leadership is absent in subculture. Also, any explicit structure is not present. On the contrary, subcultures have informal participation as the boundaries of what and who embodies subculture is debatable.

The membership is not exclusive for everyone since subculture is usually identified simultaneously with people in other social networks as well as in different cultures.

This is why the boundaries between mainstream and subculture are indistinguishable. This happens because both cultures try to coexist and share the same ideas in the lives of people.

For example, the Juggalo’s are a band of Insane Clown Posse ( ICP ). They have their slang, shared identity, cultural meanings and style. Many ICP fans identify themselves as Juggalos and attend their festivals, hang out with other Juggalos and also understand the shared implications and values of their subculture.

They take up the clown make up and go to work as well as participate in their festivals and their gatherings. The cultural information which is of wide variety in nature of the outside world can be shared with the Juggalo culture and vice versa.

Subculture not only share values and practices and their cultural objects but also identify with others of the same subculture. For example, straight edgers, value their culture and community and their relationship amongst each other.

They often practice substance-free or clean living and the purchase objects which are only essential like the most famous rock albums. As the subcultures emerge, there are very distinct meanings for defining the scenes unique practices and their cultural objects.

This is also true to distinguish the subculture from the mainstream culture. These meanings often grow and change as subculturists (people who follow subculture or study them) debate the current definition and the new ones.

Also, the descriptions are learned and created only with social interaction. The expected behaviours and the wedges of subcultures often differentiate in some way from the regular the accepted norms of the society.

They know particular rituals, values and objects as a part of their subculture and these knowledge factors are unique to this subculture. For example, an average person would not know What the term ‘realness’ means, but when he enters the ball scene, all the participants understand the meaning as well as the intricacies of the word ‘realness.’

Also, the value of queering yourself and expressing the sexuality of oneself at the balls, particularly in the 70s describes how that culture is different from the mainstream values.

Ethnographers often argue that the self-identification of collective form is one of the most important distinguishing factors between subculture and an informal social group.

For example, a woman who has a child is not stigmatized by society for spending the majority of her day with parenting the child because being a mother is an essential part of her identity.

Unlike motherhood, however, a crucial part of the cultural identity is the aspect of collectiveness which the subculturists find unifying. The formation of collective identity often involves a shift towards the perception of the self as an interchangeable property of a social category and also away from perception as a unique person.

The people of a subculture often report a feeling of a deep sense of connection to end the relationship with their members of subculture and they do not necessarily require personal relations among the group members to feel the mentioned connection. It is essential to separate between social groups which developed because of conventional bonds and subcultures, which is comprised of people that share a collective identity.

Taking the above example, the Juggalos report a sense of a very deep subcultural belonging which transcends place since they’re able to bond over the subculture which is being part of their identities.

They go so far as to refer each other as family. Also in the annual gathering is of the Juggalos have a universal sentiment which says that despite being strangers, you can talk to anyone because it’s family. Apart from the ICP concert, Juggalos are committed to reinforcing and upholding their collective identity and transitioning from strangers slowly to family.

They realize that their family the moment when they consider the other person is a Juggalo. They have gear provided by ICP and tattoos which signify to other people about their subcultural participation, and it makes it very easier to spot them in the crowd.

In this way, the shared identity can be both external as well as internal. It is beneficial for the people of subculture to follow a subcultural style to identify each other, but it is not necessarily an inherent characteristic of their shared identity.

Resistance can be passive or active. It can also be dominant hegemonic cultural values which are accompanied by Subcultural participation in one form or the other. There are usually three dimensional’s which consist of subcultural resistance.

The first dimension is that the resistance may be active or passive, which will be based on the intention of the participants to resist. For example, the CCCS saw subculturalists as passive customers.

On the macro level, The resistance is often directed at policymakers or politicians such as Christian groups for banning birth control or same-sex marriages. The third dimension is that the resistance can be covert or overt, and it will depend on the action of subculturists if their actions are seen as resistance by others.

Covert resistance is intentional but unnoticed by others. Overt resistance, on the other hand, is tough to miss because it drives people to take notice. For example, if a person wears a colourful shirt which says ‘I am a Brony and deal with it’, he will not succeed in bringing the attention to his particular subculture.

The participants of subculture consist of the individuals who are marginalized and who do not fit well with the dominant culture. Dominant social groups usually determine who are the out-group and what is the shared values and norms on which it is based.

The in-group social group is the dominant culture most of the times, which decides what norms and values the out-group cannot perform. On the contrary, the out-group may not have similar resources or practice as in-group, and this, in turn, may fail to meet the expectations and norms of the in-group. This makes one culture very different from the other culture.

Shared marginalization is the concept which many people of subculture can share the same outsider despite having different backgrounds in mainstream society.

Similarly, subculturists can pick their marginalization in contrast to being the structure of the marginalized. For example, people who are participating in the rock concert may wear their hair in mohawk to raise the eyebrows of mainstream society purposefully.

The mainstream society might origin of the marginalized those individuals only for a specific aspect of their identity, but once they wear and make their hair in a mohawk, then the society marginalize them for their TV and styles and participation in the subculture. 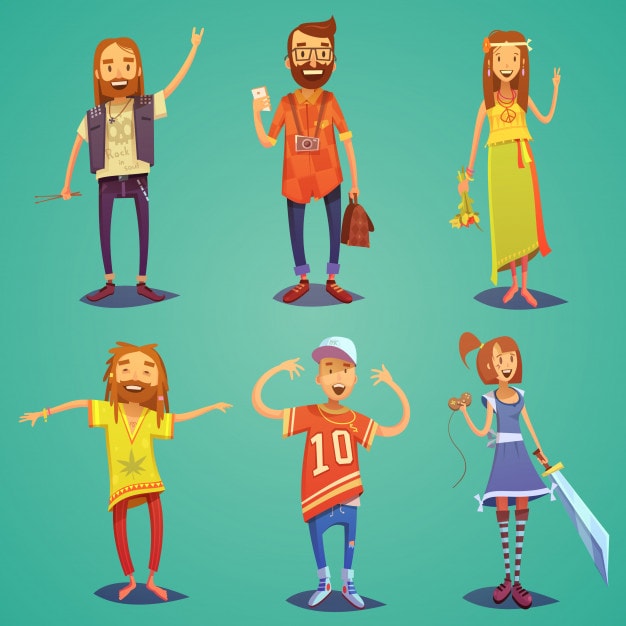 Bronies is considered as a male fan of the series – My Little Pony: Friendship is magic. They do not fall for the fact that males are not allowed to enjoy things which are for females.

The subculture is so significant that they have conventions, dances and songs in costumes which are dedicated to the appreciation of the show.

Goths typically enjoy the darker side of many things, listen to death metal and they laugh on auto occasions. They are not depressed or suicidal, which is contrary to popular opinion, and although they may look threatening, they do not worship Satan.

Goths or individual people and would stay true to who they are and freak rather than be like everyone else.

Hipsters have independent thinking, progressive politics, counterculture and they appreciate art and indie rock. Sometimes hipster is considered as a state of mind, and it is also linked to many distinct fashion preferences.

To achieve the status of hipster, one should be given everything mainstream. If you are Best Friend is wearing a loose baseball jersey because everyone is wearing it, then hipsters should resist the idea to conform and instead wear a tight leather jacket of the 80s.