If I tell you that this article is about the number 1 social media network across the world, I wont even have to use the word “Facebook”. There are chances that you have found this article from a Facebook share itself. There is a saying in the movie “Social network” which is based on Facebook. The saying goes “The country does not have roads but it has people on Facebook”. This shows the popularity of the social network.

What is the secret behind the phenomenal rise of Facebook and the strategy that makes Facebook the top online company even after all this time? Read on to learn the marketing lessons from Facebook. 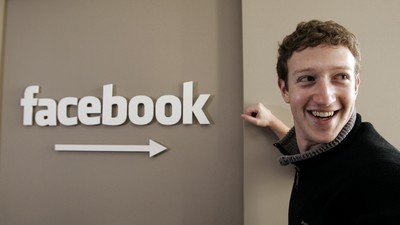 The very first thing which Facebook stands for is Innovation. Social networks were present even before Facebook. Myspace and Orkut were the popular ones. However, Facebook brought a new innovative user interface which took the social world by storm. No doubt that Facebook had one of the best growth in business history and it was all because of its innovative user interface and its unique algorithms.

Mark Zuckerberg always said that he started Facebook because he wanted a college like experience at all times in the real world. Relationships were the key here. People who know other people in real life can be friends with each other on Facebook. The experience was just like college. You want to stay in touch with your friends, your families, and your type of people, than Facebook is the place you need to go to.

Also Read  What Are The Benefits Of Facebook Lookalike Audience?

3) All under one roof is the new mantra –

Facebook, like modern retailers, followed the policy of all under one roof. Not only was Facebook a social network, it had games, it had the ability to share videos, it had the ability to develop apps, support and market businesses, and ultimately, Facebook looked cool doing all this. Thus, the all under one roof mantra really rocked for Facebook.

One policy of Facebook is that its servers are never down. Facebook is running 24 x 7 and 365 days a year. Similarly, the user experience and the user interface has been constant in the past. Facebook consistently gives good support to businesses and develops its network regularly. Thus, if you have a winning formula, than don’t change it and keep going on with it unless radical change is required. Be consistent with your winning formula.

Once Android came into the picture, Facebook immediately went mobile with an amazing app. The Facebook app and The Facebook messenger app are known to be very good in their performance. And Facebook understood that it will not be able to beat competition, if it is not present on smart phones. Off course, Google beats Facebook in the mobile market with its Android platform. However, going mobile was a very smart strategy by Facebook.

Facebook has some amazing buy outs in its history. Two of the really big products which it bought was Whatsapp and Instagram. Facebook realized early on that these companies are going to be huge and it bought these companies to build its future asset and to be the number 1 name in online media. Buying out future assets is an art mastered by Facebook.

Mark Zuckerberg was the world’s youngest billionaire and this goes to show that in today’s generation, the earlier you start the more chances you have of gaining success. This is because when you are young, you have the energy and the eagerness to take calculated risks. You also require a can do attitude to be successful which is nowadays found in most youngsters.

Facebook started by assuming that it will be a big company. And it was scaled accordingly. The best thing to learn from major online companies is that you should know how to scale up your business. If things go bad, than you have no option but to exit. But if things go good or very very good, do you have the ability to scale up as per customer expectations? Facebook grew very very fast but full marks to the FB team that they were able to scale up the business so fast.

Always start a product thinking that you will improve the product when you receive feedback. Facebook has a fantastic web developer community who develop games and apps on Facebook. Facebook has always worked in sync with this community and has modified the network from time to time so that it keeps the network upgraded as per the expectations of developers. Many of the users might not know this, but there are millions of lines of code behind a single facebook page.

Facebook initially started with the goal that it will never have advertising. However, this goal was changed later due to competition and today facebook does run advertisements. However, at the start, Facebook had a unique revenue source. And it was the apps and games which people wanted to advertise on Facebook. Remember Farmville? People spent hundreds of hours and many a dollars to get more points out of Farmville. With such games and apps, Facebook was able to drive tremendous traffic and revenue.

11) Be unfazed by competition / have confidence on your product –

Facebook had competitors like Orkut and Myspace when it started out. But it was unfazed by such big names. Zuckerberg knew that he had a unique product in his hand which will work in the market. The marketing lesson here is that you need to have confidence on your product. Do not be afraid of competition. If you have the confidence, only then your product can be a success.

What are your thoughts on Facebook and what marketing lessons did you learn from the number 1 social media network in the world?