Social media has done a lot of good things for us. It has helped people reach out to like-minded people on the internet. It has helped in the advancement of businesses and organization. It has also improved the way people learn nowadays.

There is so much at the good side of social media that it is hard to imagine that it might also have a dark side as well. We certainly cannot imagine life without the use of social media. From waking up in the morning till going to bed in the night we check our social media accounts many times. While this can be a good thing sometimes, overuse of it also comprises negative impact of Social Media as well.

Knowing All About the Negative Impact Of Social Media 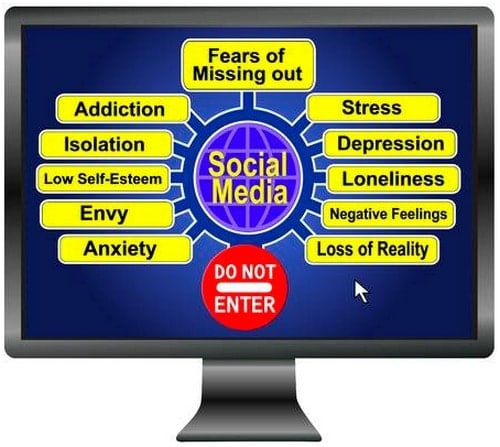 Have you ever heard of the two bad Cs that social media have?

If the answer to that is no, then we will tell you about it. Well, the first C that we are talking about is Comparing. You see, in social media, it is quite common that we all compare ourselves with others. From physical appearances to personal details, everyone everywhere is just comparing themselves with others. This is one of the main reasons for the cause of depression and anxiety in many people.

The other C that you should know about is Consuming. How this works that whenever we are alone or bored somewhere, say at a bank or in a line, we always tend to check the phones to see the latest updates on social media, However, doing that can be a bad thing for sure. Do you want to know how? Well, when we occupy our mind with the endless news feeds and stories on social media platforms, we are actually allowing social media to affect our minds, making it less focused and more diverted.

Even the statistics prove that about 91% of all the 16-year-olds to 24-year-olds have a social networking profile. Also, there are cases where social media was responsible for depression, poor sleep, and anxiety in several people. Not just that but research also showed that Social media addiction proved to be stronger than the addiction to smoking and drinking as well. 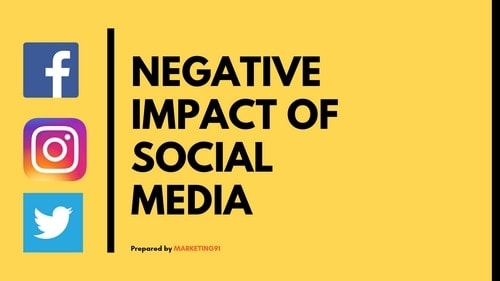 If you are spending more time on social media than you are supposed to, then there might be chances that you will suffer from anxiety and depression pretty soon. You see, too much use of these social media sites can take a toll on the mental health of a person. Most cases of depression blame the use of social media for the condition.

So, how exactly can you stop these mental problems? Well, we would suggest that you set a particular time limit for being active on social media. It would definitely help you a lot for. Try it out and see for yourself.

Does it happen most of the times that you go to sleep and suddenly you are tempted to check on your Facebook account? Well, we all know that after you log in, you won’t be looking at the time. Most people have complaints that too much use of social media has affected their sleeping patterns as well.

All these irregularities will definitely have its effect on the health of the person. Lack of proper sleep is also one of the reasons why people have stress problems. So, you need to stay away from that mobile phone of yours if you want to sleep peacefully.

When it comes to cybercrimes, they have only increased a lot in the past few years. It is one of the most common problems that children have to face these days. It can be quite risky as well.

Social media platforms like Facebook and Instagram allow the bullies to hide behind their profiles and make gruesome remarks about people. It is unfortunate to know that some people even commit suicide due to the issues of cyberbullying. Most people even say that cyberbullying is even worse than bullying face-to-face.  That makes it the most common negative impact of Social Media.

4) FOMO or Fear Of Missing Out

This is a word that we all know about. After all, it is one of the most robust terms that are linked with a higher level of engagement in social media. This meaning of the term is that the more you are active on social media, the more you will experience Fear of Missing Out.

This is also a type of anxiety issue that people have when they are scared that they would miss some important event that is being conducted. This can be a huge issue for the children of today as they might even have depression due to that. Surely, you wouldn’t want that to happen to you, right?

In a world of social media, everyone is concerned about the way they look. There are always different profiles of celebrities who wear expensive clothing and always look nice in the pictures. Body image can be a great issue for the youth, both male and female.

So, seeing all these pictures with amazing people looking beautiful and appealing might create a certain negative image in the minds of the youth. They might feel like they are never going to be as beautiful as these celebrities. This can also be another negative impact of Social Media that causes depression in the youth.

It is probably not a surprise to you, but it is true that social media plays a great role in building unrealistic expectations for the people. There is no online authenticity in websites such as Instagram, Facebook, and others.

In a world where everyone is obsessed with how many followers they have or how many likes they got, unrealistic expectations are a very common thing, to be honest. So, how does one avoid it? Well, of course, you need to make sure that you are completely honest with these platforms.

Even research would agree when we say this that social media can be very addictive, even more than smoking and drinking. Some of the platforms of social media networking such as Instagram, Facebook, and Twitter are the biggest culprits of this.

If you cannot go even a single day without checking on the phone or your social media accounts then it means that you are completely addicted to using social media. Once you are addicted, it is really hard to let go. However, you can try and limit your use of social media.

Privacy is one of the most important things for people, even in the world of social media. However, with all these frequent updates about security, it can be really difficult to keep up with the pace. As a result, people often tend to ignore the security updates that come every single time.

However, that is a great mistake. If you do not update your accounts for security, then there might be chances that your accounts will get hacked.

Also, another thing that can be seen as an issue of privacy breach is tagging someone else in the pictures. Some people might not want to be seen on social media and tagging them without asking is certainly not good for privacy reasons.

There are many other concerns that come along with the use of social media. Issues such as the improper use of incorrect English and grammar, cybercrimes, and other issues are some of the most negative and horrible sides of social media use.

It is really important that we get to understand all these negative impacts of social media that occurs when we use it too much. Be careful if you are addicted to social media as it might have disastrous effects on your life and health.