In today’s world, all of us are experiencing this thing that social media is developing day by day. Most of the people around the world are using social media. This is very popular among the young generation especially. Even if you look at the statistics, you will come across the same story. Social media is continuing to gain popularity every day. Impacts of Social Media on youth is also quite evident in different frames of our lives. Let us have a look at some of the stat

Here are some statistics that were done on social media.

Social media has become a very important part of life for many young generations in today’s world. There are many young people who keep on engaging themselves with social media without even caring to think about what would be the impact of Social Media on youth. The effects can sometimes be positive and sometimes be negative but mostly they are negative if it is not integrated with a business or professional goal.

It is a huge concern for most of the people in today’s world as what is more important?

Is the concern with “Facebook” friends more important than those with whom we are interacting face to face in our daily lives? What can be the long-term impact of social media on youth today?

There are a lot of positive aspects but there are many dangers as well that come with the use of the sites like Twitter, Facebook, Pinterest, LinkedIn, Tumblr, Google +, Gaming sites, Instagram and blogs. If we want to make some right and true choices then we must dig inside and research the topic thoroughly.

Here are five ways which one can say that technology is having a positive influence on youth. 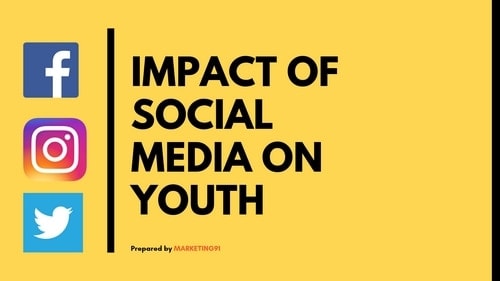 Now, we tell you five ways that we all have seen technology is having a negative influence on the young generation.

Here are the positive sides of social media

Positive Impact of Social Media on Youth in different Sectors

Jobs for the Youth

Negative Impact of Social Media on Youth in different Sectors

Also Read  Which Are The Top Social Networking Sites For Adults?

So, utilizing Social Media in a constructive and productive manner are the things for which youth should use it because if they do so, its advantages are unlimited.