The business model of Netflix is a subscription-based  model that makes money via basic, standard, and premium subscription plans while offering access to stream series, shows, and movies on the Netflix streaming platform. Its business model is quite innovative. A renowned OTT(Over The Top) content provider,  Netflix provides media through internet streaming.

Netflix is an American over-the-top content platform and production company. Reed Hastings and Marc Randolph founded Netflix in 1997 in Scotts Valley and it is now headquartered in Los Gatos, California. Netflix incorporates a subscription-based streaming service offering online streaming from a library of films and television series alongside those that Netflix produces itself.

What is the Business Model of Netflix

As a streaming content provider that is specialized in entertainment has 209 million subscribers as of July 2021 of which 72 million users are from the United States and Canada. Netflix has its offices in Canada, India, Brazil, France, Netherlands, South Korea, Japan, and United Kingdom. It is also a member of the Motion Picture Association (MPA) that produces and distributes content from countries all over the globe.

To think of the company, it was founded in the year 1997 by Marc Rudolph and Reed Hastings. It was then known for providing the services which would be used by the people to rent some movies that they wanted to see on the DVD format. It would use the services of the Internet to make sure that happened without any trouble for sure. Netflix’s business model is profitable but it runs on negative cash flow because of the upfront cash paid for content licensing and original content production by Netflix.

The subscribers would be able to use the internet services and the services of the company to rent their movies as well as some of the online shows as well. The subscription base which is incorporated by the company is something which is considered to be very huge and it can be something that can be really helpful when it comes to the Netflix business model generating some money as well.

What does Netflix Business Model work?

To define Netflix, it can be said that it is a basic content provider which is used online and can be used properly to stream online movies and TV shows along with some of the other documentaries these days. This online streaming site has its own application and it can be accessible from some of the other connected devices as well. So, we can also say that it can provide all the services that people need to have.

Netflix defines its business model as-

Our business model is subscription based as opposed to a model generating revenues at a specific title level. Therefore, content assets, both licensed and produced, are reviewed in aggregate at the operating segment level when an event or change in circumstances indicates a change in the expected usefulness.

As an American Media Services Provider and Production Company, Netflix’s business model revolves around its subscription-based streaming service that comprises online streaming of a library of films and TV programs that also include those films that are also produced in-house.

Also, there are the video formats that are available on Netflix such as HD and Ultra HD, and to access these video formats, some additional charges have to be paid to ensure that people can get the best options for Netflix. 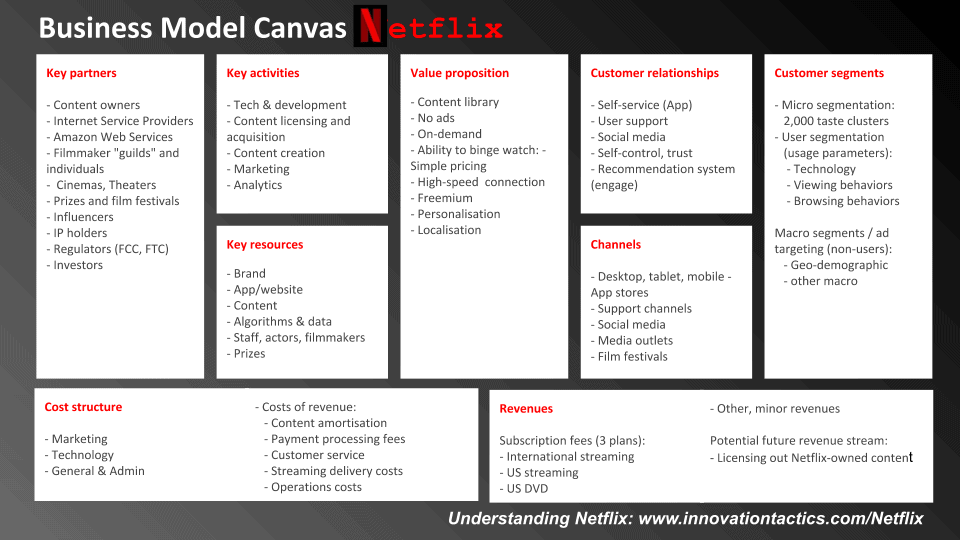 In the late 1900s, renting DVDs was a common business but was an expensive one too in the United States due to the high demands of the public.

It was in 1997 when software engineers Marc Rudolf and Reed Hastings realized that the charges demanded by the various companies for the DVD rental business were way too expensive. In 1998, they launched Netflix with the motive to deliver DVD by mail.

When only 2% of the Americans owned DVD players, the idea of delivering DVDs by mail became a game-changer in the business.

Netflix business model got expanded in 2007 with the introduction of streaming for binge-watching while retaining the DVD and Blu-ray rental business. The company expanded across the globe in 2010 with streaming available in Canada then Latin America and the Caribbean. In the year 2013, they entered into the content-production industry by debuting its first series House of Cards.

In the year 2020, they make US$25 billion in revenues. Let us now have a look at their business model canvas here-

For channelizing its business model, Netflix depends upon different partners such as-

Netflix is one of the leading names when it comes to the platforms which provide online streaming services to people these days. To be honest, the company has managed to serve more than 190 countries in total.

The business model totally depends on the Target audience of the company. The more members are present in the company, the better it will be for the people for sure. 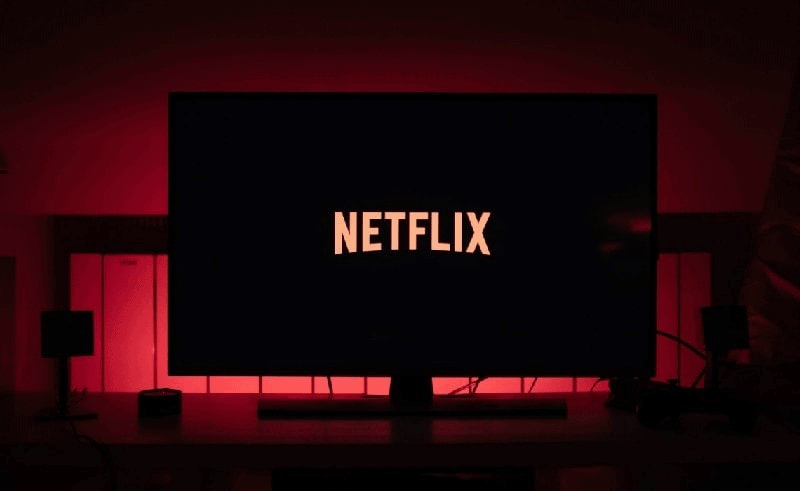 Having a huge customer base of over 195 million all over the world, Netflix’s business model idolizes some of the following points:

More, the company has three business segments, which make them money in different ways. They are as follows:

Having been found in the United States, this streaming plan is solely provided to the members of the States itself, and the revenues are collected from the monthly membership fees.

In 2015, the numbers went on to increase from 44,738 to 54,750. This indicated an increase in the costs too. The contribution margin, i.e., the variable costs subtracted from the total revenue, sky-scraped to 37%. Such a contribution margin was noted to be the most profitable plan as a short-term plan.

The revenues from this streaming plan are collected from the monthly membership provided to the patrons residing outside the United States.

As of 2017, the revenues were confirmed over $5 billion because of the international extension plan in 2015. The contribution margin was noted to be a positive 4%, which was negative in 2016.

Well, it is often said that we should never forget about the times when we started. The same has been done by Netflix.

Starting with renting DVDs, the OTT platform has not forgotten about its roots and still collects monthly revenues from DVDs by e-mail. Being the company’s oldest form of revenue, the rental DVDs still provide a considerable margin.

What’s more intriguing is that the platform has separated the movies, TV shows, and documentaries for kids and adults to promote a family-friendly environment.

The main revenue line of Netflix is its subscribed users who opt for different subscription programs for enjoying the streaming of Netflix shows.

In the year 2007 Netflix decided to convert its business structure from mail-in-system to streaming content based on subscriptions. Let us now understand how it has helped Netflix in making money-

Netflix has more than 209 million subscribers from over 190 countries that have been one of the prime factors behind their revenue generation.

The three subscription plans that Netflix offers are-

In this plan, Netflix content can be enjoyed in the standard definition

By opting for this subscription plan, users can enjoy the streaming of videos in ultra-high definition

The pricing of these plans varies with the countries.

Netflix also builds alliances with a wide range of movie producers, writers, filmmakers, and animators for receiving content and legally broadcasting the content. It also has partnerships with Internet Service providers and all of this helps it in making money. 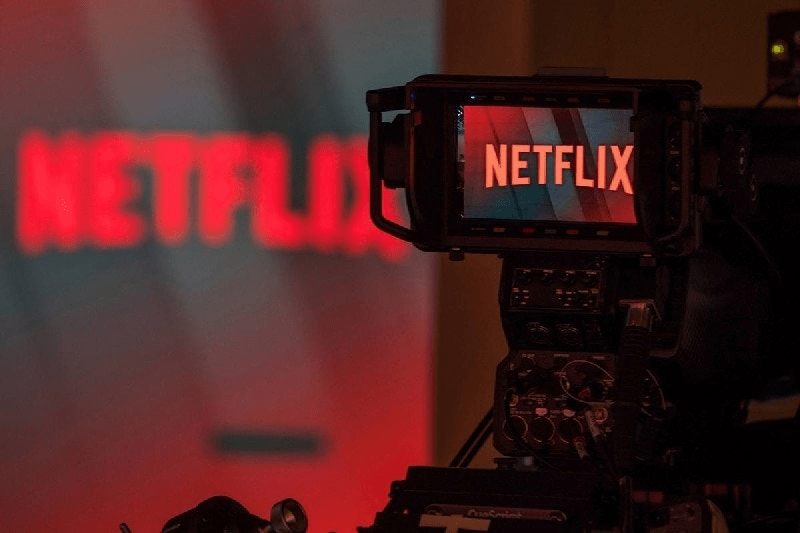 Different activities that Netflix performs include hiring and retaining software and tech geeks, plus it is also involved in maintaining and optimizing its platform on the web, mobile applications, TV apps, etc.

Finally, Netflix activities are also associated with complying with the laws as per the State or Region, or country to maintain compliance to censorship. Its business model is also involved in supporting disadvantaged communities and other ideological issues concerning their customers and society at large.

Netflix has its own unique way of building and establishing long-term networks. Knowing about the desires of their customers, the company knows how to build an effective relationship with their patrons.

They provide customer support via e-mails, text, websites, and even through calls. It invigorates its networks with social media platforms like Instagram, Facebook, and LinkedIn to amplify its customer base and keep the target audience updated about the latest releases and promotions.

Besides these, Netflix also invests in online and offline advertising. The eulogization from their own customers attracts a lot of new ones as well and largens the numbers of users.

All in all, you can access Netflix from one or more of the following-

Nowadays, the craze of Netflix has increased in youth so much so that the ones not having an account of the same regret and become jealous of their friends.

Now, what are the trends that allow this OTT platform to grow so much? Following are some of the points: –

A wide variety of content is available to watch seamlessly on different devices concomitantly.

You can have a lavish time at your home watching any movie, web series, etc., sitting comfortably at your home with some popcorn and soft drinks. With Netflix, there is no need to go out and spend in theatres and cineplexes.

The feature of watch anytime/anywhere and cancel anytime provides the rostrum an upper edge over their rivals.

The filmy geeks won’t deny that the subscription fee of Netflix is not a high one and a simple structure of payment. The company also looks after the privacy and security of the users.

Netflix is not only used for recommendation purposes but is also used pro-actively to create content that fits personal preferences.

6. Uberization of the Service Economy

Uberization means benefitting more options on how to overwhelm the minds of the patrons. In the past years, especially in India, TV serials have fixed the schedule of the public on watching the same shows at the same time every day.

With Netflix, the case was reversed, having given the users to watch anything with great flexibility and optionality. The growth of digital nomadism and the self-employed/freelancer has transformed our habits and the way we consume media dramatically instead of the opposite. For media companies in this situation, on-demand has become a dominating economic strategy.

So, these are some of the important details that people need to know about Netflix. We hope that the business model can help you out in understanding how it can make money.

Netflix business has become the most prominent player in the media and video streaming industry which is also inspiring many other players around the world.

The innovative strategies of Netflix proved that just establishing a business model doesn’t help in monetizing those strategies too. It is more about the companies that allured their target audience with their content.

In fact, the more a company adds value to its business models, the more it creates an ecosystem for the organization to grow. Companies like Netflix create a user-friendly as well as a cost-friendly ecosystem with their business models paying attention to the fast growth of technology. The evolution of tech put to use in the right way has helped Netflix evolve in recent years in the most effective way.