YouTube is one of the most popular and highly used applications on a Smartphone, laptop, and tab. It is a video streaming application for various shows, music, educational uploads, and vlogs. It an American video-sharing website and is based in San Bruno, California.

There is a variety of user-generated and commercial videos uploaded.

It is also used by various companies to advertise their products and services. Individuals upload most of the content on this application, but multiple corporations such as BBC, Vevo, Hulu, etc. offer their material via YouTube.

These companies are in a partnership program with YouTube. It is one of the features of the multi-faceted business model of YouTube.

In this post, we will be covering all the key feature sets of the business model of YouTube and understand how it channelizes its different functions. We will also talk about the strategies that help YouTube generate its revenues. So, let us get started with YouTube history first –

In 2004, three PayPal employees realized that there was not one website, yet where videos could be shared.

In 2005, these employees, named Jawed Karim, Steve Chen, Chad Hurley, started the first only video-sharing website called YouTube. – Little did they know the business model of YouTube would have an exemplary kick-off and it would become the most visited site in the history of the Internet.

They received around $11.5 million as an investment for the capital-funded startup. They registered their domain names in the headquarters. It was a small place above a pizzeria in California.

One of the founders, Jawed Karim, uploaded the first video, namely, “Me at The Zoo,” which was filmed at the world-famous San Diego Zoo. In December that year, after a lot of testing, the site was launched.

A Nike video that was uploaded on the site was the first one to receive one million views.

Because of the robust business model of YouTube, it was acquired by Google for an amount of $1.65 billion. Despite being relatively small and not reaching the UK and many more countries, the website had become a popular site for many individuals.

In June 2007, the company was launched in the UK and eight other countries.

In December 2008, the company introduced HD videos. More people started realizing the presence of the site. They began using it for various purposes as well.

2009 was a big year for this superfast growing website. In 4 years, the company had reached acclaims which proved the well-designed structure of the business model of YouTube. They achieved the full launch of the HD videos with 1080 pixels instead of just 720 pixels, a billion video views a day, and a partnership with Channel 4. Gaming and vlogging channels gained a lot of popularity.

2010 and the company was on a rollercoaster only going up. New types of ads were introduced, and the site was reaching 3 billion views a day through 2011.

People started making a living by posting videos about their daily activities on YouTube. They received significant revenues from ads and supports. At the end of 2011, the company went through a massive restructuring.

The first video to reach one billion views was Psy’s “Gangnam Style.” It happened after the site reached four billion daily video views.

In 2012, the business model of YouTube kept consolidating its humongous international expansion. It identifies itself as a million-dollar company.

The site has grown over the years, continually updating and redefining their services to stay fresh and new. They introduced live streaming over the function. The site receives at least five billion video views a day. 1.3 billion people use the site, and 300 hours-worth videos are uploaded every minute of the day. 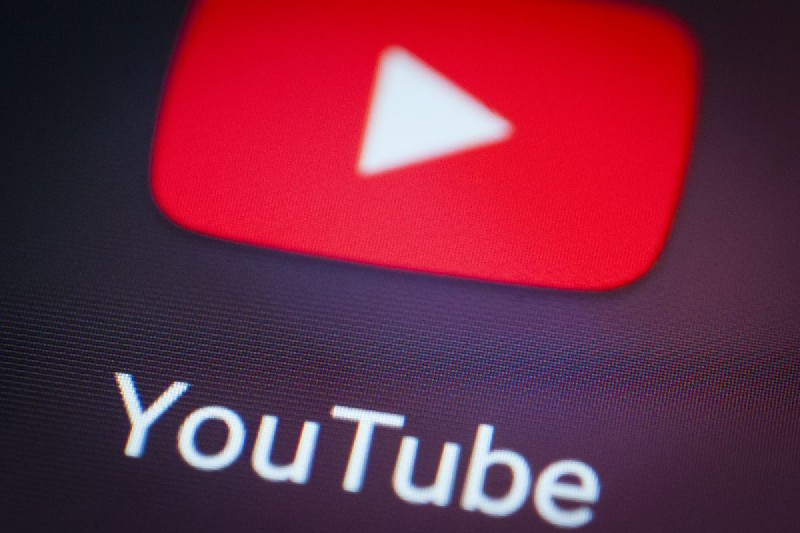 The mission behind the successful business model of YouTube is what drives the employees to work towards providing the users with a hassle-free experience.

As per the YouTube website, the mission states that everyone in the company has a belief that everyone in this world should have a voice and world will be much better placed if we all start listening, sharing and building communities by using our own stories.

Such a robust and user-oriented business model of YouTube has been the most influential force behind the reach and powerful audience base of YouTube. All this is also helping YouTube make good money as well because of multiple resources that have been created to serve users better, and in exchange, YouTube gets money. Now, we will be discussing some of those revenue means of YouTube-

Insight into the Business Model of YouTube & its Revenue Streams 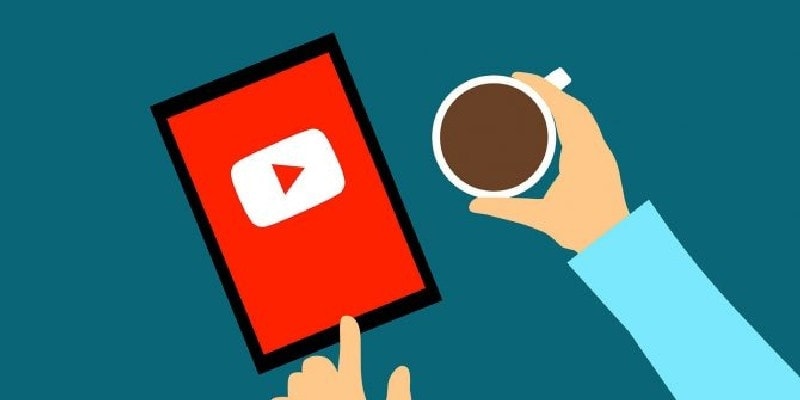 These are carefully integrated into one single platform for the users so that it simplifies access and also increases the amount of time spent on the website. YouTube’s most striking feature is that it is available in 76 different languages.

It helps to create a global target audience, which automatically increases their views manifold.

The basics of this creative and strategic business model of YouTube entail:

There are various routes followed by the business model of YouTube that help it make the money. They are as follows:

Due to the bounding reach of the website, support and advertisements are ideal for people who wish to spread the word about the activities conducted by the company or organization.

Sponsored videos are often slipped in easily into YouTube videos.

Sponsorships help to garner the interest of the viewers. Advertisements lack this quality of gathering the people in. The sponsor pays YouTube for a sponsored video based on the number of views the video receives.

There are various types of ads that play while viewing a YouTube video. The ones before the video begins are known as pre-roll ads.

These ads have been put there by advertisers. The ones which occur in the middle of the video are known as mid-roll ads. The advertisers get charged for the advertisements based on the number of views the video achieves.

There is a certain amount of money paid to the content creator whose video was used to insert the ad in. Recently, YouTube has started the option of “Skip Ad.” If this option is exercised, the advertiser is not liable to pay for a view.

As per research, the video on the landing page can make multiple conversions up to 80%. Based on the footage placed there, the business model of YouTube capitalizes off the premium charged to the advertisers.

There are various formats for the home page banner ads. The advertisers believe it to be a useful device on the website.

This a subscription service provided by YouTube for users who want exclusive features. The users get a better adventure on the website.

The users who opt for this have to pay a fee which is about $10 a month.

This avenue of the website is another way to increase the views on videos and improve the quality of music for many users.

They can explore the vast and mighty world of music through the YouTube Music app. By subscribing to the premium version, the users can have access to ad-free, uninterrupted music. They can download and listen to the music later.

One of the main advantages is that the music will keep playing if the YouTube screen is off, and another app is open.

There are movies with acclaimed actors and comedies with established creators.

It is a subsidiary app of the website made content curated for kids without any other videos showing up.

As per the business model of YouTube, the website has connected with some original content creators, and these channels are allowed to charge a premium to unlock some of the content on their channel. 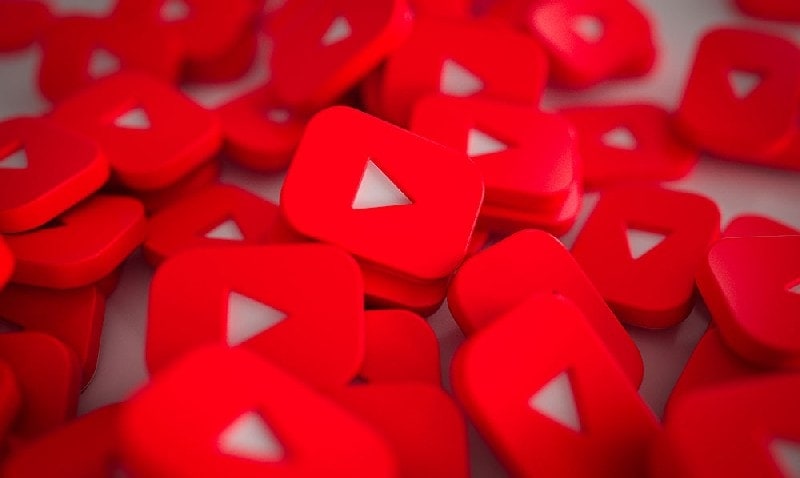 The website which was acquired by Google is the second most visited site after Google.

The business model of YouTube is so sticky that the statistics supporting it are incredible. They have almost 30 billion visits monthly, a visit duration of around 23 minutes and at least ten pages visited in one session.

Google intends on increasing the content put out there for viewers. It might increase YouTube’s reach in the coming years.

Also Read  Business Model of Urbanclap and How does Urbanclap make money?

According to Business Insider in 2018, YouTube was a $15 billion making machine.

It proves that the strategies formulated and implemented have been done so efficiently. The worth of the company is anywhere between $50-100 billion.

The business model of YouTube escalated the graph of public reach in a short amount of time due to easy accessibility, varied compositions, and excellent quality services.

Advertising plays a key role in enabling YouTube to generate good revenues. As the second most popular site after Google, the YouTube business model is only here to grow and optimize its reach into its target audience base.

How inspiring do you find the journey of YouTube? What are the most important aspects of the YouTube business model that you find most important in empowering YouTube to enjoy such a global presence? Share your thoughts with us in the comments below.