A startup, which began on June 2009, and changed the way the world deals with queries they have and questions that go unanswered is Quora. Being the top-notch Question-and-Answer website is the basic gist of the business model of Quora.

In the platform of Quora, internet users ask, answer and edit questions by using real facts, knowledge or sharing their opinions. Quora’s mission, as shared by the co-founder, Adam D’Angelo, on the Quora website itself, is “to share and grow the world’s knowledge.

The Quora community is a strong-knit circle which provides questions, responses, and up and down votes to create a platform for those who need answers to various queries.

This post will help understand the business model of Quora, which it adopted to shoot into success and end up being one the “Unicorn startups” with a whopping valuation of $1.8 billion. We will understand how Quora channelizes its functions and how its revenue streams help it make the money.

So, without any more ado, let us get straight to the world Quora –

Introduction to the Business Model of Quora 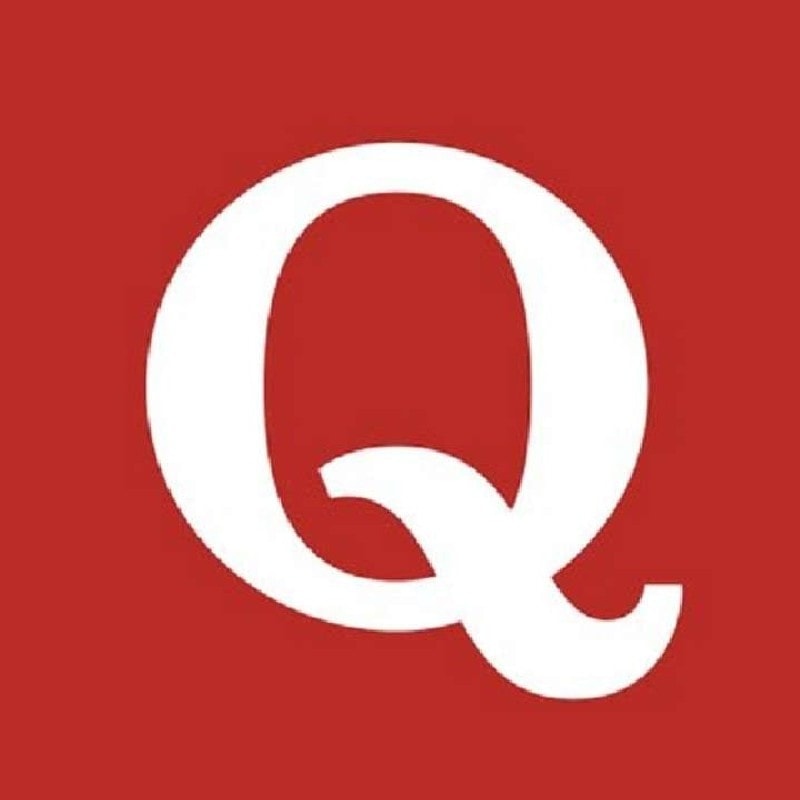 Quora is a question and answer site that allows people to ask any question, and real people answer these. Initially, Quora had no revenue model. It started earning money through advertisements.

It took nine whole months for the development stage to be completed, and the portal received all its haulage as the employees told friends who in turn told friends and the grapevine method of communication helped Quora to gain its views.

The startup has gained so much in such a short span due to easy accessibility and friendly user interface which comprises an intelligent and well aware community of people who are equipped to answer any questions that come their way in a short, but meaningful and informative way.

Quora has an excellent concept of capturing the target audience with the right content. It usually has answers to most of the FAQs asked by the people. Few examples of the generic questions asked are

Every individual has some issues that they want to be answered but may not be able to due to judgment or any other reason. Quora, being an online blog site, completely cuts human interaction but still provides accurate answers to the queries asked.

Various famous public figures also indulge in question and answer sessions during a time where they require the support of the general audience. It helps in reducing the barriers of seeing these people at a higher pedestal. This improves the Quora success rate.

The startup, based out of Palo Alto, San Francisco, was founded by former Facebook employees, Adam D’Angelo, and Charlie Cheever. They spent hours brainstorming a name for the site, discussing with friends, and eliminating the ones they did not like. They finally decided on “Quora” but the co-founder Charlie Cheever did mention that the second closest competition for the name of the company was Quiver.

They took nine months to develop the business model of Quora ultimately. In a funny way, the startup was their baby, and it was provided with a lot of love, care, and effort so that it could gain traffic online.

Quora joined the startup accelerator called “Y combinator” in 2014 and with the help of 14 investors and four funding rounds managed to raise a capital of $226 million.

The website acquired the political discussion platform called Palio, in March 2016. It was their first and only acquisition to date.

The idea, as stated on the website, was to “share and grow the world’s knowledge. The founders stated that “An ocean of knowledge which should be delivered to all the people across the globe is restricted to only a few of them. These pieces of knowledge are either accessible only to a handful of people or locked up in their minds. Quora creates a platform where people can share knowledge with those in need.”

This vision, to empower and enrich the knowledge of ordinary people by connecting them to those who had expertise in the fields without fixing appointments with consultants, was highly appreciated by the world and is one of the reasons behind the success of this question and answer site. This was the secret to the triumph of the business model of Quora.

Decoding the Business Model of Quora 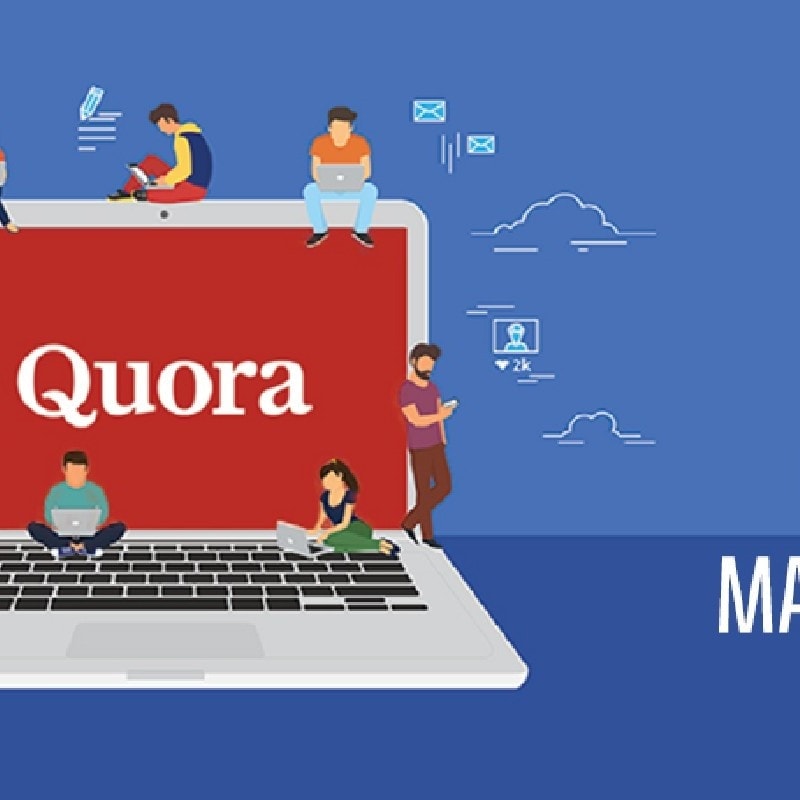 Being a for-profit company, Quora had no revenue earning source in the beginning and it was surviving upon the venture capital that the company raised in the four rounds of funding.

Its main aim, as a unique business model, was to create a database of questions and answers for the users of the website. They made sure that response to the questions was good quality content, wholesome, informative and extremely efficient which lead to these answers to always be at the top or near the top of any search engines when asked the question.

The business model of Quora has a real name policy. It means that the user of the website has to register original names and not pseudonyms. They do not ask for verification of signatures, but fake names can be taken down by the community. This tactic boosts the brand value of the site, as great names, such as Mark Zuckerberg, Hillary Clinton, etc. are also part of this site.

The answers to the questions we’re apt and gave the details or information without beating around the bush. This lead to more success and fame as users did not have to go through lengthy articles or brush through magazines for the content needed.

The company, after receiving revenues, may put out an IPO, which is a much-esteemed position for a startup. The outcome of years of hard work would result in fruition while also being one of the largest databases for information and imparting knowledge to those in need.

It was one site that had extremely low pop-up advertisements.

The business model of Quora allows people to connect with other people rather than converse with ChatBots. The advice provided is from real-life experience, which makes it relatable and more comfortable to put into practice than logic, which would be provided by an artificial intelligence source.

Let us now understand the revenue generation strategies of Quora-

How Does Quora Make Money? 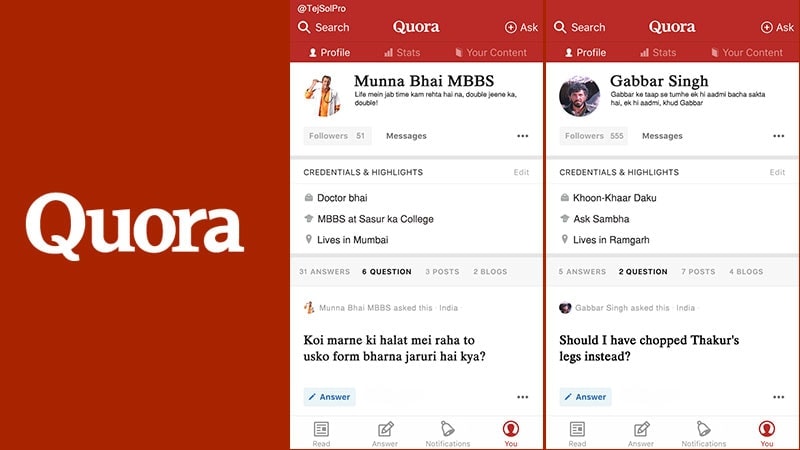 Quora comprises the huge database of users and their interests that help the company to run ads for different businesses, organizations, and advertisers.

So, advertisements are the most common source for the money-making of Quora. Advertisers use Quora to run ads to their target audiences. Home page, as well as the forum page of Quora, allows advertisers to run the ad on the platform.

This is the prime means that empowers Quora to generate revenues for successfully channelizing its business model.

The unique business model of Quora, to create, share, and impart knowledge was what gave it an edge over other startups. It is now using an advertising strategy, through which the advertisements appear as a part of the page itself rather than behaving like an undisguised marketing gimmick.

As Quora grows, it will become home to more writers, content, and answers. It will reach faster and to larger audiences as well.

The human mind is a complex piece of work that never stops asking questions. The constant curiosity invigorates them towards a quarry of items and an array of answers.

This is what will keep Quora to grow and improve continuously.

What are your thoughts about the business model of Quora?

Do you also think that a business model like Quora was the need of the hour and it came at the right time? Share your views with us in the comments.