American Express is an American multinational organization that is headquartered in New York and is involved in the business of financial services.

Brand Strength – American Express, also called as AMEX has the advantage of being one of the most valuable brands in the world. As of 2016, it is the 59th highest ranked Brand in the world. The goodwill that it has built for itself helps it to achieve a great response to its new initiatives.

Employee Strength – The company has over 60,000 employees and the levels of employee satisfaction are high. A satisfied, happy and a diverse workforce make for a great place to work.

Market Capital – American Express has a market capital of around $ 60 billion and is one of the largest players in the world in the area of financial services.

International usage – One of the major advantages of American express is that it is known as the safest credit card to be used when you are traveling internationally. 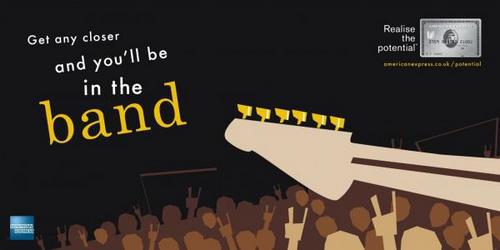 Traveller’s Cheque Business – The traveller’s cheque business of American Express is sharply declining and needs to be revived.

Lack of other products – The product line of American express is focused on one or two main products. But additional financial products by American express and implementation of cross selling will help AMEX a lot.

Expansion – There is huge scope in market expansion for American Express. The company doesn’t have a very strong global presence and can get competitive in global markets.

Innovative Schemes – Another opportunity that presents itself for American Express is the innovativeness of the schemes that are offered to attract more customers.

Leveraging Financial brand equity – American express is a known brand in the financial community. It can leverage this equity by offering more financial products and increasing its own turnover as well.

Rivals – While American Express is a leader in its area of operations, it is not the only one. There are lots of big fish in the sea that are eager to capture market share. Staying ahead of competitors is a challenge and it poses a threat.

Nature of business – Also, the very nature of business that American Express is in poses a threat to it. Volatile economic conditions and financial uncertainties make the system very susceptible to failure. Government regulations also put barriers on a lot of activities and staying highly profitable becomes a challenge.

Competitors – Visa and Mastercard are the major competitors to American Express and are also very popular names.

Bad debts – Obviously, with the type of customers that American express has, bad debts are not something of a major threat. However, when the fish is big, the loss can be big too. Naturally, a single bad debt will be of a huge amount in the case of American express.