With more than 1.9 billion users to its name, YouTube is simply a high-end product in its own right. Individuals aspiring to gain fame and popularity spend innumerable hours on this popular social media platform that boasts numerous channels and YouTubers.

YouTube has been able to dominate other players in this field with its excellent content. As per the latest reports, currently, with a growth rate of 23%, there are more than 37 million YouTube channels in existence. 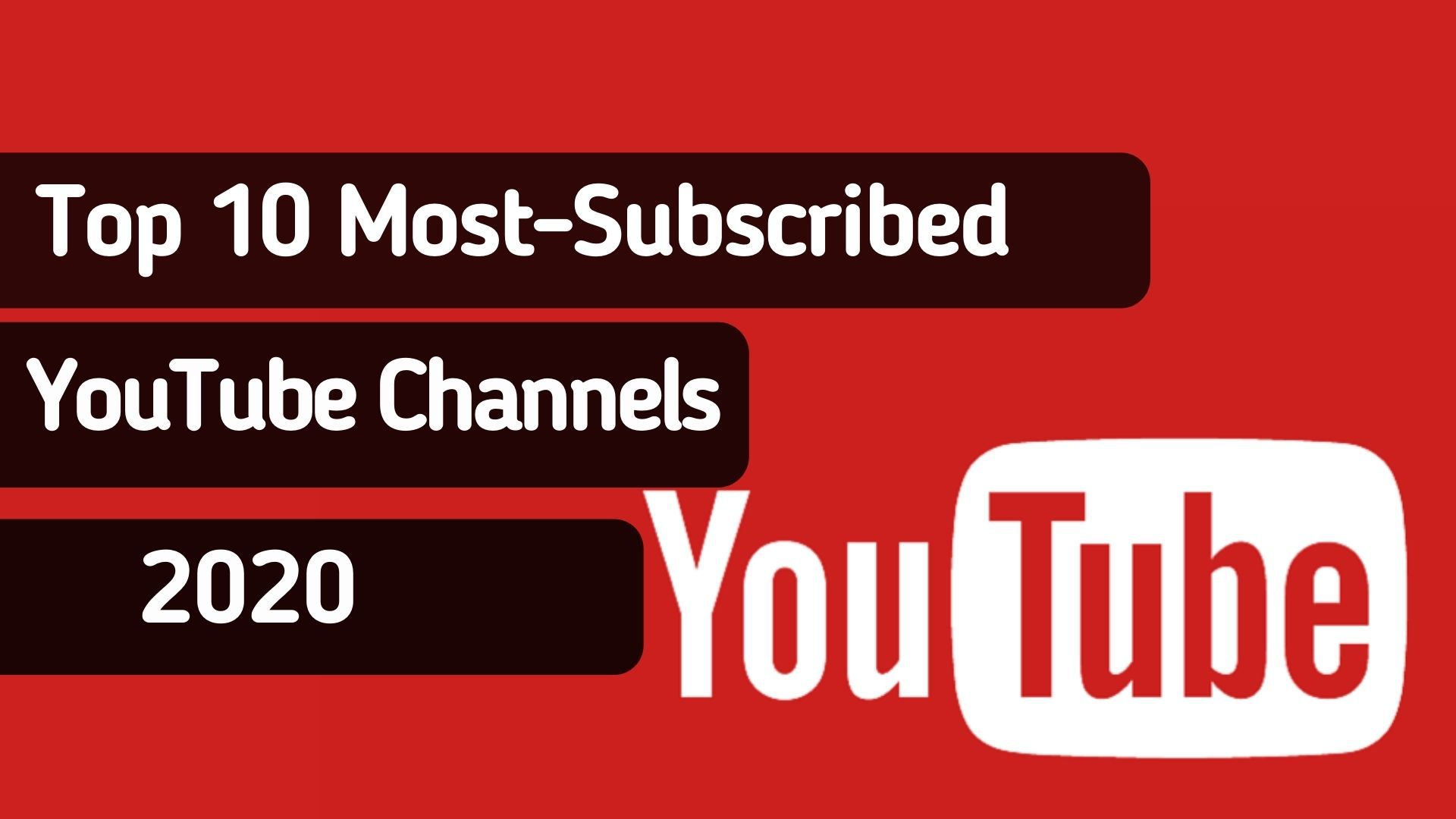 YouTube boasts of being at number two position in terms of the most-visited site in the world. It is a fact that nearly five hundred hours of video every minute are uploaded on YouTube.

The best thing about this portal is that it rewards the YouTubers uploading the most popular content. The sharing of ad revenues helps in content generating, and giving credence to this fact is the site’s ad revenue at 3.8 billion US dollars in the 2nd quarter of the year 2020. 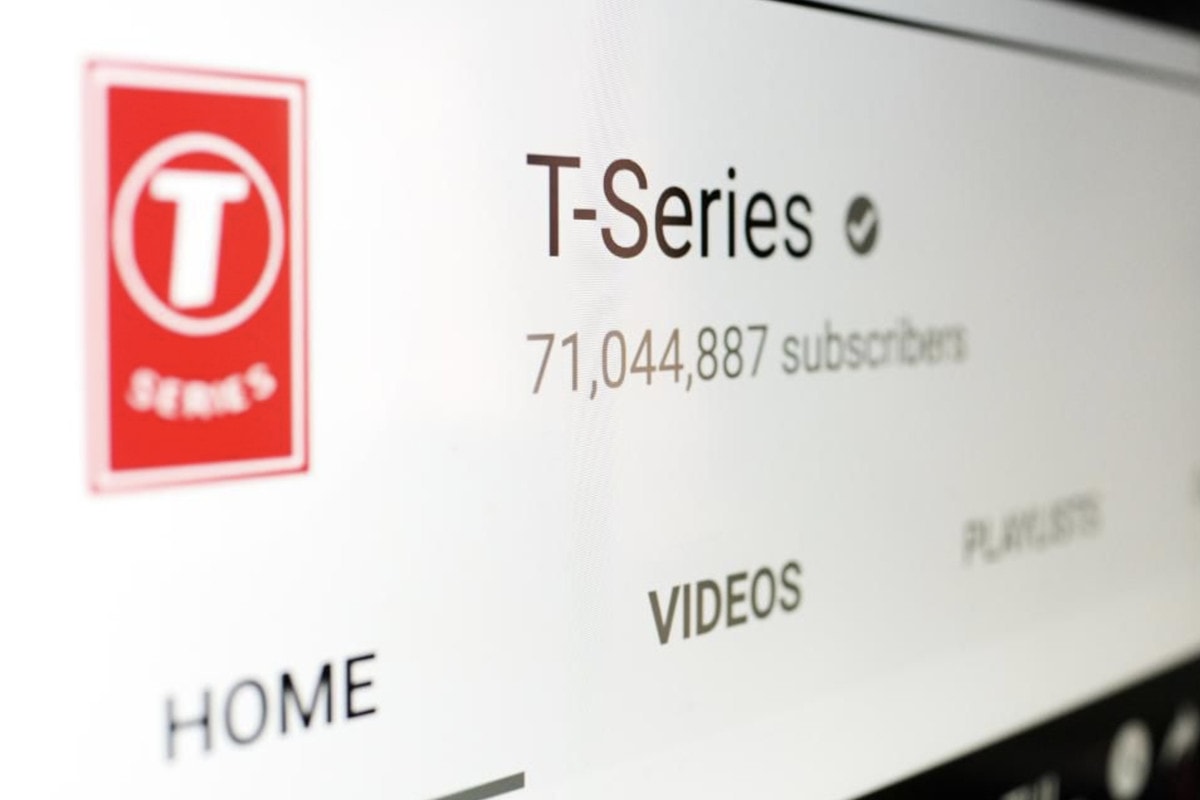 This was a massive boost for the YouTube channel, whose primary language is Hindi and belongs to the content category of music.  Occasionally it also shows content in languages like English, Spanish and Portuguese. The channel is most popular because of Indi-pop music and Bollywood soundtracks.

T-Series was founded by Indian origin Gulshan Kumar in 1983 and is currently helmed by his son and heir Bhushan Kumar.

T-Series operates as a multi-channel network on YouTube as it has thirty channels in its kitty. Some of them showcase content in regional languages like Marathi, Telugu, and Punjabi, etc. 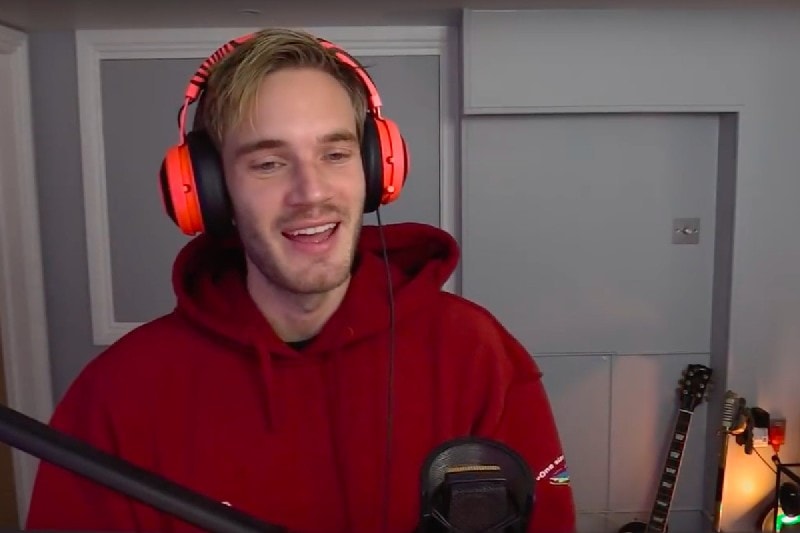 With a subscriber base of 108 million, PewDiePie has grasped the 2nd spot in the list of top 10 most-subscribed YouTube channels in 2020. The primary language of this channel is English, and it belongs to the entertainment content category.

The channel is named after a Swedish individual whose online name is PewDiePie. He is a viral YouTuber along with a gamer, comedian, and philanthropist. Constant media attention has significantly boosted his ratings, and today he is considered one of the most successful content creators.

The extensive popularity of PewDiePie and 4,262 uploads have helped the channel garner more than 26 billion views as of December 2020.

At 3rd position in the list of top 10 most-subscribed YouTube channels in 2020 are Cocomelon – Nursery Rhymes with a subscriber base of 100 million. This channel’s primary language is English, and it belongs to the pre-school genre in the education content category.

The American YouTube channel Cocomelon – Nursery Rhymes is a channel for kids. It distinguishes being the most-subscribed channel worldwide in the children’s category with 589 uploads and 87 billion video views. 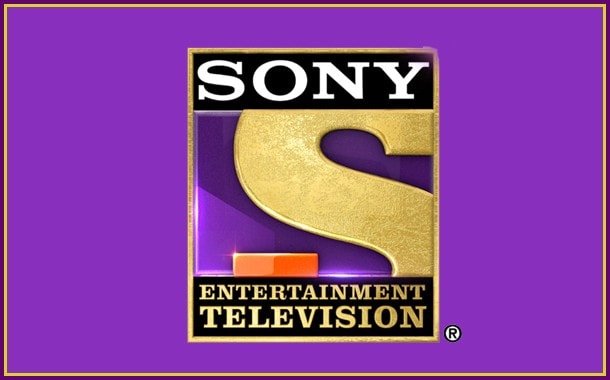 SET India occupies the 4th spot in the list of top 10 most-subscribed YouTube channels in 2020. It has a subscriber base of 90 million, with the primary language being Hindi.  It belongs to the entertainment content category.

Owned by Sony Pictures Networks India, SET India was initially launched in the year 1995. It has diversified content that includes TV shows of different genres, such as family, horror, thriller, romance, episode clips, and teaser trailers.

With 45,278 uploads and 73.4 billion video views, this channel has managed to grasp and remain in the limelight. It is one of the most popular channels in South Asia with a huge fan following. 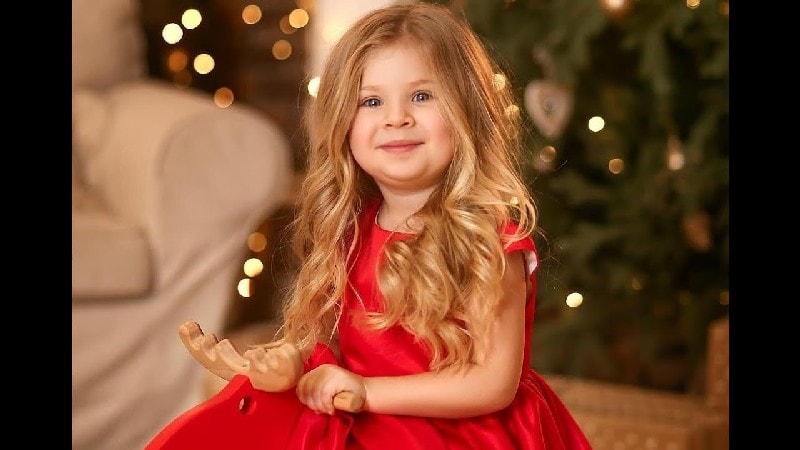 In October 2020, the fifth spot was occupied by 5-Minute Crafts with a subscriber base of 68.7 million, but by November, it was toppled by Kids Diana Show that managed to achieve a subscriber base of 71 million. The primary language of this channel is English, and it belongs to the entertainment content category.

With 796 uploads and 47.1 billion video views,  Kids Diana Show has been able to hold on to its own. The YouTube channel is mostly about a girl named Diana, playing with her family and friends. It has been active since 2015 and has content in genres like role-playing, vlogs, and reviews. The channel also shows music videos created for kids.

Kids Diana Show is a Ukraine-based channel that distinguishes a being the 4th largest YouTube channel for kids. The show’s popularity has resulted in its dubbing into various languages like Portuguese, Korean, Russian, and Japanese. 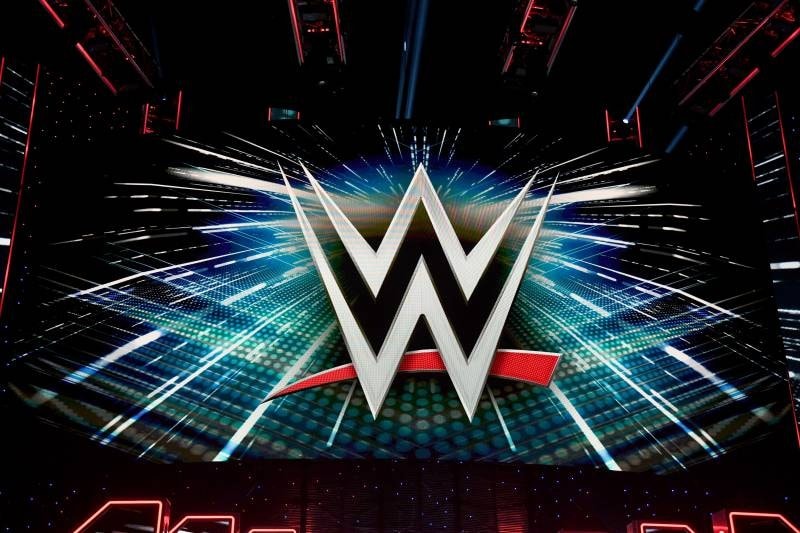 WWE occupies the 6th spot in the list of top 10 most-subscribed YouTube channels in 2020. It has a subscriber base of 70 million, belongs to the content category of sports, and English is the primary language.

With 51,638 uploads and 52.6 billion video views, WWE has proved its popularity amongst viewers who are sports lovers. It is especially loved by children who have created personal idols amongst the players. The American origin channel has posted revenues worth 960.4 million US dollars at the end of the fiscal year 2019.

The streaming media site deals in professional wrestling that is scripted and entertainment-based. It organizes nearly 450 live events and is available in 28 languages to an estimated 800 million households worldwide. With time the YouTube channel has spread its reach in several fields like football and movies. 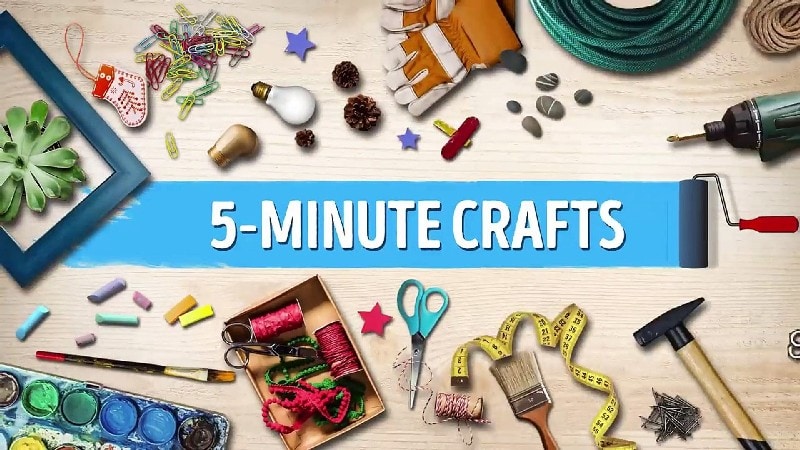 With a subscriber base of 70 million, 5-Minute Crafts has entered the list of top 10 most-subscribed YouTube channels in 2020. The primary language of this channel is English, and it teaches viewers about How To create crafts.

5-Minute Crafts has been active as a YouTube channel since 2016 and has managed to garner 4629 uploads and 19.09 billion video views. Its popularity knows no bounds as it has a faithful subscriber base that is ever-growing.

5-Minute Crafts is a DIY channel that is owned by TheSoul Publishing. The content shown on the channel includes videos of life hacks and crafts. These are in how-to format and show the viewer how to create the same result. 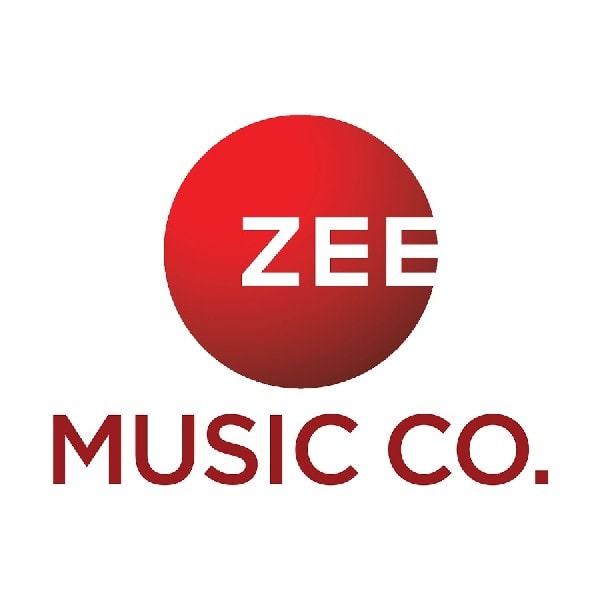 At 8th position in the list of top 10 most-subscribed, YouTube channels in 2020 is Zee Music Company. It has a subscriber base of 66 million, belongs to the music content category, and Hindi as the primary language.  Sometimes the channel also showcases content in regional languages like Odia, Bengali, Tamil, and Telugu.

Zee Music Company is an Indian-origin company that works as a subsidiary of its parent company ZEE Entertainment Enterprises. With 5148 uploads and 32.4 billion video views, the YouTube channel has maintained its popularity amongst its viewers. 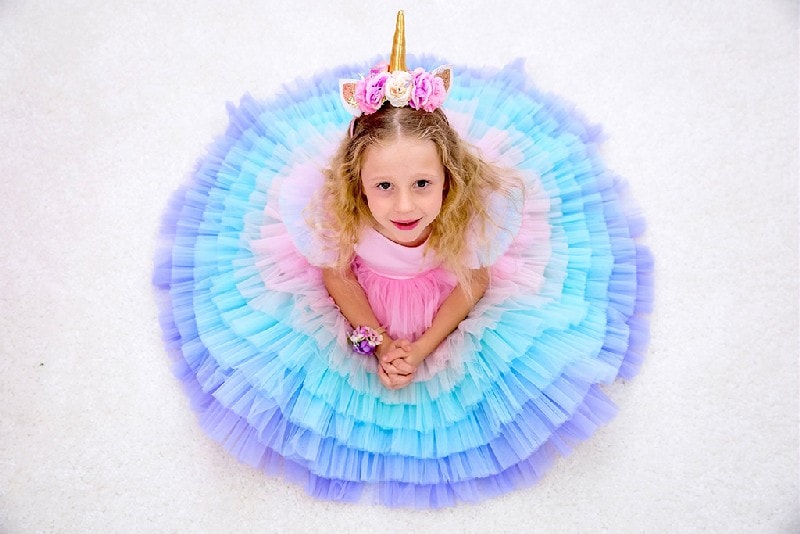 Like Nastya occupies the ninth position in the list of top 10 most-subscribed YouTube channels in 2020. It has seen a good surge in its subscriber base within a short period. In October 2020, it was 61.8, and by November, it had grown to an astonishing figure of 65 million. The primary language of this channel is Russian, and it belongs to the entertainment content category.

Like Nastya is in real-life, Anastasia Radzinskaya, a Russian-American, has been active as a YouTuber since 2016. This channel is basically for kids and has gained immense fame and recognition over the years.  The videos are available in several languages, and it boasts of 520 uploads and 48.4 billion video views. 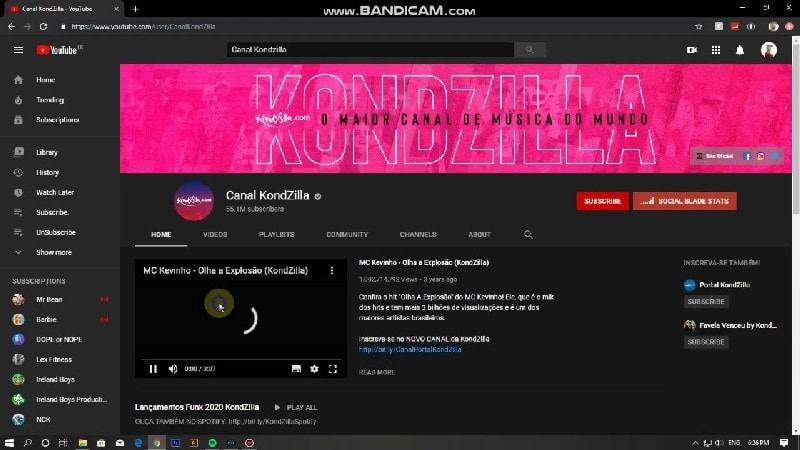 In the list of top 10 most-subscribed YouTube channels in 2020, the 10th spot has been grabbed by Canal KondZilla with a subscriber base of 62 million. The primary language of this channel is Portuguese, and it belongs to the music content category.

With 1677 uploads and 33.2 billion video views, Canal KondZilla is growing at a steady pace. The YouTube channel has been active since the year 2012 and is operated by Konrad Dantas, a Brazilian director and screenwriter, whose stage name is KondZilla.

KondZilla has been credited with producing nearly 1000 music videos and worked with rap artists and rock bands to gain immense popularity and increase his channel’s subscriber base.

YouTube has changed the behavioral pattern of individuals on social media platforms. Now the individuals are no longer satisfied by uploading any video; instead, they try to create content that will gain maximum exposure and likes by others. As the fame and monetary benefit are within their grasp, they try to utilize this platform to the fullest.