Communication is the act of sending information or ideas via speech, visuals, writing or any other such method. The Communication model has a sender who is sending the message and the receiver who is receiving the message. In between, the speech or ideas need to be simple enough to be decoded and understood by the receiver. If the ideas are not presented properly, then decoding is improper and the receiver does not understand.

In essence, below we discuss the various types of communication used between people or between teams.

Let us delve deep into the 5 types of communication observed between the group of people or a formal team. 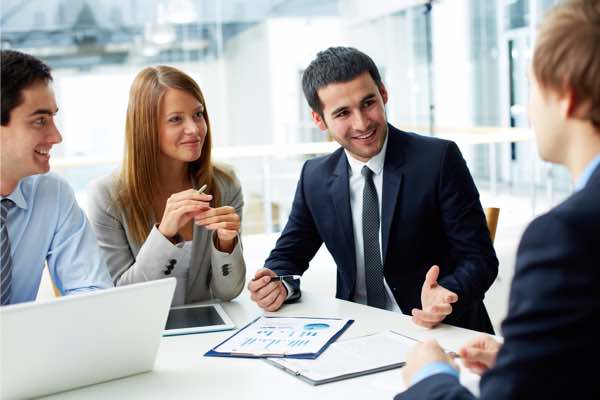 In the era of messaging via Whatsapp or using email, people still prefer personal meetings or phone calls (or face to face skype calls) because they are effective and much more convenient in conveying the message.

Nowadays, Verbal communication is an important aspect and is looked as a key strength in an individual.

A manager or an executive needs to have good verbal communication skills. A manager has to handle a team of people and he needs to be skilled to convince the team of people in acting like he wants them to. Executives meet many customers who are each different in terms of their understanding and talking skills. Thus, Executives to need excellent verbal communication skills.

The higher up an organization you go, the better should be the verbal skills that you have. This is because you need to ensure that your speech is precise and to the point and does not leave any scope for any misunderstanding.

An M.D or a C.E.O may be giving a television interview which is being watched by 100’s of stakeholders of the company. Their speech and verbal communication need to be precise so that they don’t mess up or are not misunderstood. Even in tough times, the verbal communication skills of these leaders play a major part in consoling the crowd.

Example of people who were great at the verbal type of communications.

How do you make people feel when you enter the room? Is your body language strong and are you standing straight and erect or are you slouched and tired? Are you clean shaven, looking your immaculate best for a team meeting or are you shabby with shirts that are not ironed? When you shake hands, do you do so strongly or do you just brush your hand against others?

If you were in a sales meeting and you have not achieved your target, how will you react? Will you be steady and calm or will you panic and stutter? These are important non-verbal skills and your growth might depend on them.

However, people with good personalities go a long way in motivating the employees below them. If an employee is demotivated, just keeping a hand on their shoulder and saying a few motivating words is enough for the employee. Taunting them or making faces when talking to them, ignoring them completely or imitating them will demotivate the employee even further. Thus, non-verbal skills play a major role in office culture.

As employees grow into managers and as managers grow into leaders, they become better and better at a non-verbal type of communications. They know that their own calm headed behavior at times of panic is what will keep the team in check. Similarly, they don’t let their teams get complacent when the going is good.

Example of the Non-verbal type of communications

In Customer service, non-verbal and interpersonal skills play a huge role. Imagine you were unhappy with a product and you went to the customer service department. Instead of understanding your problem, the customer service executive gives a rude reply. Repeatedly you visit them and even though the problem is not resolved, you don’t get a satisfactory answer.

Compare that with a customer service department which smiles when you come in. They reassure you that they are on top of your problem. They are proactive and update you themselves on when to expect the problem to be resolved. Later on, they follow up whether you were satisfied with the response and if there was anything they could do further. 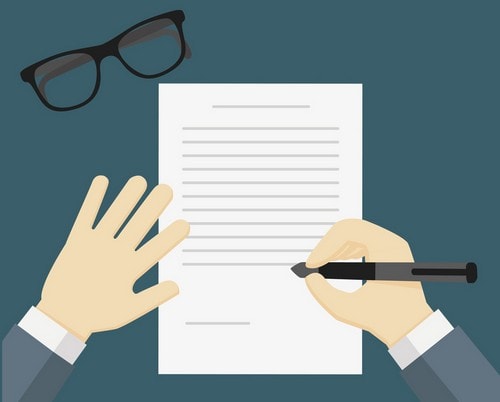 All different forms of written communication can be formal or informal. If today, we visit a court of law, you will find that even Whatsapp messages are considered to be legal in nature. In fact, there have been so many cases of celebrities brought under the scanner because of wrong written communications on their social media account.

There is a very apt quotation “Words are mightier than swords”. A wrong email delivered in the wrong hands can cause the world to turn upside down. The many emails and documents released by Edward Snowden which brought the US government under the scanner, are perfect examples of how to use written documents safely and privately otherwise they can bring a whole organization tumbling down (whether justified or not is a different discussion) 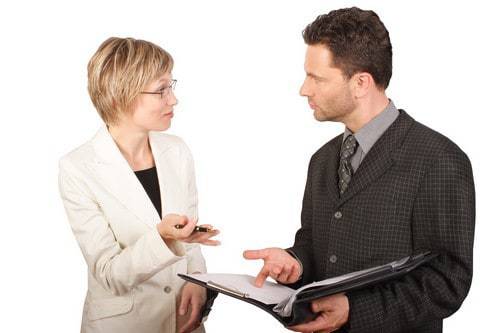 There are two types of communication when considering the formality of the communication. One is the formal and official type of communication which can be emails, letterheads, memos, reports and other such kinds of written material. These are considered as documentary evidence and certain formality is associated with them. You cannot submit such formal documents and later deny them.

The problem with formal communication is that it is not personal and a distance is maintained if you use only formal communications. Whereas on the other hand, informal conversations can get out of hand and there can be negative grapevine generated.

One of the industries which most prominently uses Visual communication is the medical industry. New medicines which come into the market have to be shown to doctors and the advantages have to be explained. At such times, the medical representatives carry informative pamphlets which are shown to the doctors and dropped with the doctors.

These informative pamphlets have all the information about the medicine so that doctors can feel confident in suggesting the medicine to their patients. Similarly, many different industries are using visual communication to help interaction with their customers so that they can communicate their ideas better. Explainer videos as a concept is rising and is becoming as one of the best types of communication observed on websites.

There are many elements in visual communication that can be used by marketers or companies.

In person-to-person communication too visual communication plays a role. Consider the diagrams made by teachers on blackboards when explaining a concept to a class of students. Or we can also take the example of graphs made in powerpoints by managers when doing a powerpoint presentation to a team of executives or seniors.

Here is a video by Marketing91 on Five Types of Communication.

To summarize, the type of communication most common are

In group of people

Above were all the different types of communications used by a group of people or between the team.

Thank you for reading our article about business verbal communication lesson