Acculturation is a process of cultural, social, and psychological change for balancing two cultures generally in between dominant and minority culture. When people of one culture go through a change in their culture of origin associated with their country of origin while adapting to the prevailing culture of the society they are currently living in, it is understood as acculturation.

Definition: Acculturation is defined as a process of behavioral and attitudinal change because of the contact of one culture with another mainly in between the immigrant and majority cultural groups while living in a multicultural society.

All in all, the process of acculturation occurs when people of one culture or ethnic identity make cultural and psychological adjustments while interacting with another culture because of invasion, colonization, globalization, political change, and the increased mobility of society because of technological advances.

Understanding the Process of Acculturation

In simple words, the process of acculturation refers to the cultural and psychological change that occurs due to the contact between cultural groups/individual members of different ethnic identities and cultures of origin. Acculturation is the result of migration that sets the ground for the interaction between an ethnic minority and majority ethnic group (which is integrated with the national identity).

The model of acculturation continues in culturally plural societies among ethnocultural communities and it is associated with the adaptation to living in a different culture over time. Occasionally the process of acculturation due to international migration is stressful, but generally, it occurs in the form of mutual accommodation between a receiving society and immigrant groups.

Immigrant youth in cultural exchanges are considered more adaptive towards the receiving society. They are the core forces behind immigration acculturation and adaptation.

Acculturation has now become one of the most important domains of social and psychological research and application in recent decades. The exchanges, interactions, and adaptations amongst different cultural backgrounds have been the reasons behind the development of policies and programs for promoting successful outcomes for all the associated parties.

The International Journal of Intercultural Relations is dedicated to advancing knowledge and understanding different theories, researches, and practices in the field of intercultural relations.

It covers all the topics associated with immigrant acculturation and integration along with intergroup relations and intercultural communication and their impacts and implications for social impact. Going through it also guides about acculturative stress and mental health outcomes associated with the acculturation process amongst a culture of origin, majority culture, or the heritage culture.

Acculturation involves a process where an individual learns and adjusts to a new cultural environment to adapt to the new culture better. In most cases, individuals belonging to a different culture will attempt to participate in various traditions and cultural activities of the new culture whilst still retaining aspects of the culture where the individual originated from.

This concept has been a subject of scientific scrutiny since the year 1918. At an individual level, acculturation refers to a socialization process wherein individuals born in a foreign country assimilate the values, traditions, and social norms of the host country’s culture. This process is said to play a crucial role in the day-to-day behavior, overall psychology, and well-being of such individuals.

At the group level, acculturation has significant ramifications on the culture, health institutions, religious practices, and other social institutions. These effects also extend to the food, clothing, language, and persona of the individuals being exposed to the host country’s culture.

To learn more about the process of acculturation, you may also refer to the Cambridge Handbook of Acculturation Psychology from Cambridge University Press, as it is quite useful for any scholar interested in the topic of acculturation. The book covers a comprehensive overview of all the key theories along with concepts and methods while discussing the unique experience of varied groups coming into cultural contact across a wide range of circumstances.

The Strategies Of Acculturation in Cross-Cultural Psychology 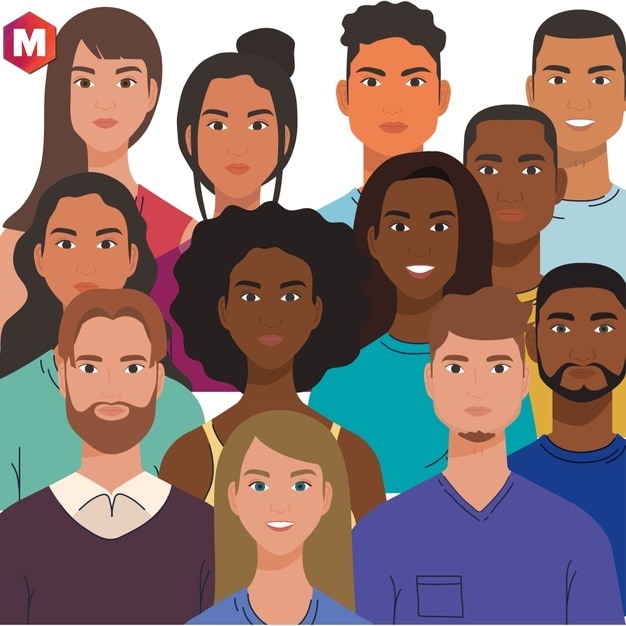 The outcomes and forms of acculturation can vary wildly depending on the strategies employed by the individuals or groups involved in the exchange of culture.

The importance determines the strategy used by the groups these groups feel regarding maintaining their original culture and the importance of establishing relationships with people from other cultural backgrounds. All in all, some common strategies and combinations of acculturation are:

Separation as a strategy is used when very little or a complete lack of importance is given to embracing the new culture. The most likely outcome of this scenario is that the new culture is rejected, and the original culture is maintained. This strategy is commonplace in societies that are culturally or racially segregated. This strategy also has the downside of increasing cultural/religious tensions and hostility between different groups.

This strategy is adopted when maintaining the original culture and integrating the newer culture are both deemed to be equally important. This combination or strategy is fairly commonplace in societies with a large number of ethnic, cultural, and religious minorities. Individuals who employ this strategy or combination are thought of as bicultural, and such tend to code-switch when moving from one cultural group to another.

This combination of strategies differs from the previous two, as it is generally employed by people who place little to no importance on maintaining the original culture or embracing the new one. The outcome of such a strategy thus involves the negligence of the individual or group by the remainder of the society, thereby making it challenging for individuals belonging from different cultures to integrate.

To Whom Does The Concept Of Acculturation Apply To?

There are many other factors apart from cultural and ethnic similarities that determine which groups of immigrants and to what degree is the extent of the acculturative challenges they face. Despite the innumerable permutations and combinations of factors that can affect the process of acculturative change faced by an immigrating individual, some general patterns are still observed.

Firstly, those individuals who migrate at a young age have better odds of receiving cultural practices, values, and traditions from the host country. Conversely, individuals that choose to migrate as adults tend to experience the most difficulty when it comes to adopting the social norms, traditions, and values of the new culture, as they tend to retain vivid memories of their lives before the process of migration and also as they have likely had recent and direct contact to their countries of origin.

Secondly, difficulty in the acculturation process is not necessarily an issue for all second-generation migrants. This is quite simply because all second-generation immigrants are born in the countries of settlement, and do not have vivid memories of their origin country, and do not typically suffer from issues like language and cultural barriers or being undocumented. This does not, however, make the acculturation process for second-generation immigrants completely free from issues, as their physical characteristics can make them susceptible to remarks that they may deem discriminatory or outright offensive. People belonging to ethnicities or religions about which other people may have certain notions are more vulnerable to such societal issues.

Thirdly, acculturation may be deemed important for later-generation immigrants who reside within their own specified ethnic or religious enclaves. Some areas in the United States have places or neighborhoods such as Chinatown, Koreatown, or Japantown where migrating individuals can live and preserve the heritage of their origin country. It also permits such individuals to live without having to adapt to the social norms of the host country fully.

Differences Between Acculturation And Assimilation

Despite being frequently and incorrectly used as interchangeable terms, acculturation and assimilation are two different things. The latter may or may not be an eventual result of the former. Assimilation is also largely regarded as a one-way process, whereas acculturation is a two-way process wherein a cultural exchange occurs between different ethnic and socio-religious groups.

Furthermore, assimilation may be defined as the process wherein an immigrant embraces or adopts the traditions and values of a new culture that, for the most part, replaces the original culture adopted by the immigrant. The word can also mean “to make similar”, which insinuates that by the end of the process, the person can be nearly indistinguishable from those native to the host country.

The concept of assimilation is frequently observed amongst immigrants wishing to blend in with the existing society, a process that can be quick or slow and gradual. A third-generation Japanese-British man living in the United Kingdom is likely to have significant cultural differences from a Japanese man living in cultural or even suburban Japan.

On the concluding note, it is clear that acculturation occurs when groups of people associated with a different culture of origin come into continuous first-hand contact with people of a different cultural identity.

This way, acculturation leads to the changes in the original cultural patterns of either or both groups (generally of the immigrant group).

What are your thoughts about the effectiveness of the process of acculturation for people with different cultural backgrounds? Share your opinion with us in the comment section below.