Clear-cut communication is the key to success in today’s postmodern industrial world. It has become more than important than ever before to communicate clearly and succinctly your message across all forms of media to keep your brand image unblemished. Consistent, high quality and clear-cut communication will help you quell all negative propaganda that may have been floated by people within and outside your circle of influence.

Nowadays it is not enough for your products to be technologically sound, they need to be backed by strong marketing machinery disseminating up to date information about the brand through all forms of social media like Facebook, Twitter, LinkedIn etc.

Competition for every penny is high in the market and misinformation is the first tool opponents used to create mistrust.

Unfortunately, as trainers and marketers will tell you, there are a lot of barriers to communication which people face. English is being used as a tool for linguistic imperialism by the west and French, Spanish, Mandarin, and Arabic are the most popular languages used literature, arts, cinema, diplomacy. By destroying all barriers to communication, you can appear as a super effective leader in whichever area you work. 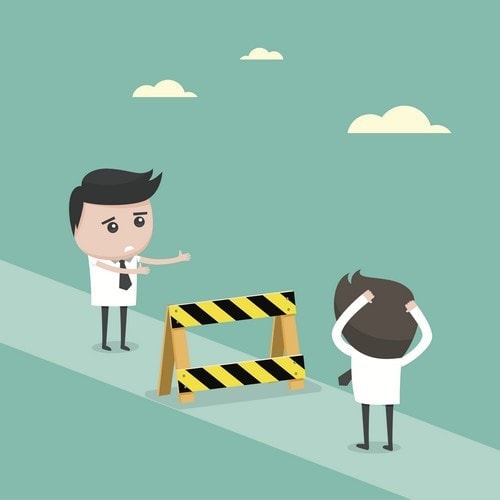 Trainers, teachers, BPO workers often complain they are not able to communicate with their customers to resolve their queries. Even advanced resolution specialists in the corporate sector admit that sound technical knowledge is not enough to satisfy the customer. You must communicate in such a way that the customer is on the same page as you.

On top of the list of physical barriers is stammering and similar such speech difficulties. Next is hearing disabilities that prompt the speaker to speak loudly.

But electronic modes of communication have reduced the barriers of time and space and even deaf, dumb and blind people are able to communicate.Even nonverbal communication should not be ignored, and the nonverbal cues offered by the listener will help you alter the course of the conversation.

Lack of interest, attention, distraction shown by the listener can put off the other person. Swiping the phone screen all the time, attending calls are all considered impolite. Avoiding eye contact can really put off the other person, especially if he is a position of authority. It can incite them to chide you and is treated as insolent behaviour.

Using jargon or over-complicated, unfamiliar or technical terms is an artificial barrier to communication. Some CXO gets a kick out of throwing business jargon to colleagues who might not have done any courses in business administration. Conveying a clear and concise message is what excellent communication is all about.

Even in written communication, one who writes well is the one who uses simple words and presents his thoughts in an easy to understand manner. So, when readers peruse his written copy they can take part in his imagination and elicit the right responses as per the needs of the document.

This is more often seen in oriental societies where there are more taboos about communication between opposite genders. Certain topics may be off-limits not just in routine conversation but in arts, cinema as well. In a corporate setting, up its best to stay away from politics, religion, sex, disability, racism or anything that puts off your colleagues.

Foreign tourists often meet cultural barriers to communication as they are unable to decipher the regional colloquialism and expressions of the local people. Stress is also a major factor in why people won’t listen and is a major issue that creates a psychological barrier to communication.

Other Common Barriers of Communication include

How to Overcome Barriers to Communication? 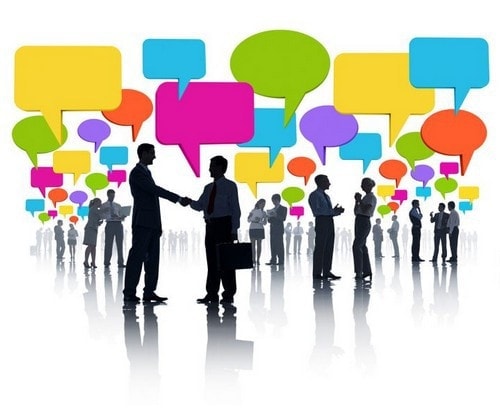 You must have heard of the Chinese whisper – the colloquial phrase which refers to the series of recurrences of an incident wherein the final version bears only a scant resemblance to the original version.  Use the following filters to get to the crux of the story.

With these basic filters in place, there will be some semblance of solidity in the message and it will be less prone to distortions. Less confusion and misunderstanding will happen if you follow a systematic, clear-cut approach to getting to the base of every matter.

Earlier in the case of web 1.0, the flow of information was in one dimension from the company to the customers. But now it is a two-way process that occurs in real time.

You can see the face of your dissatisfied customer and address his concerns at once. Hashtags used by customers related to your brand in their tweets can be automatically detected and responded to by social listening tools offered by Twitter.

Big companies now use automated customer service bots to detect complaints regarding their brand in an open discussion forum and their aim is to respond immediately before the issue escalates.

Every fire is small before it becomes big and the same applies to customer service as well. Therefore, clear-cut communication will help you stay ahead of the curve in any market. It is a strong source of competitive advantage if all your internal and external stakeholders can communicate clearly with each other.