Home » Communication » What are Cultural Barriers? 5 Critical Barriers In Workplace

Culture is handed down from one generation to the next, and on the way keeps on evolving and creating further subcultures. It includes music, food, clothes, religion, language, and various other things that become an integral part of our life.

Every culture is poles apart, and when individuals belonging to diversified cultures meet and are unable to understand each other as well as their culture, outlook, and mindset, it is known as a cultural barrier. It prevents making good connections and building relationships.

The cultural barrier leads to various difficulties and inconveniences. For example, if a student from UAE travels to America, then one of the most critical cultural barriers for him will be language as he will not be able to communicate his thoughts properly. He will face problems even in the simplest of things like buying a ticket while traveling in public transport and ordering food in the restaurant

Misunderstanding and trouble are often associated with a cultural barrier. An individual must be receptive to new ideas and ways of thinking because acceptance will result in making adjustments about the different cultures.

People from different cultures are now able to work together because of globalization, but the cultural barriers are posing innumerable problems. It has become imperative to cut across cultural identities to communicate effectively, especially in workplaces.

Some critical cultural barriers are as follows- 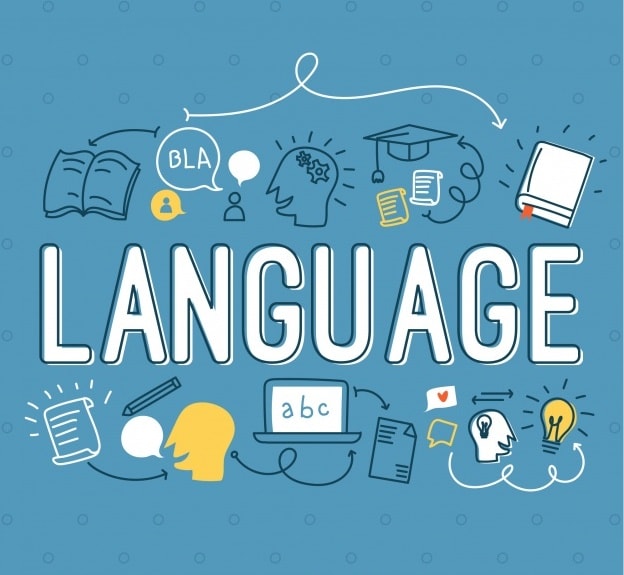 One of the essential cultural barriers is language. Every culture has a language of its own so that the people associated with it can communicate their thoughts and interact with each other successfully.

It is easy to express yourself in your language than any other. A child learns the language of his parents at a very young age but learning a new language when he is an adult is never easy as it demands lots of effort, time, and patience.

The absence of a common language is a cultural barrier that will cause a conflict of ideas and misunderstandings in both personal and professional life.

Verbal communication is essential and during cultural differences, the exact meaning gets lost or is misunderstood or misinterpreted even if a person is taking the help of translation. This results in conflict.

If you are looking for ways to remove this barrier, then it becomes imperative to at least know about the essential words and their meaning so that you can communicate your thoughts.

A common language has proved a guiding force in the workplace because it has a direct impact on how employees behave, engage, and express themselves. Keep in mind to use mutual signs and language and ask questions when in doubt if you want to overcome cultural barriers.

Values and norms are the key features of a culture, and it often varies from one culture to the next. It is, in fact, a representation of an individual’s cultural identity.

The difference in the norms and values is because every culture has gone through a different phase, and their idea of truth and belief is different from the others.

For example, in Asian countries, the family is given more importance than individuals, and most people stay with their family for a lifetime. In contrast, in Western countries, people leave home at an early age to live a life separate from their family.

The crowded environment is part of the culture in Asian countries like India, Pakistan, Bangladesh, UAE, etc. but it is not so in countries like the United Kingdom or the United States. If you praise a beautiful woman from the UAE, it is considered a direct insult and is an offense, whereas, in Western countries, it is a sign of appreciation.

One of the significant cultural barriers is stereotypes, and the most common basis of stereotyping are age, religion, race, gender, and nationality. It is defined as the preconceived notions about a specific community or the identity of a specific person or community as a whole.

For example, in places like Asia, the LGBT community is considered at the lowest level, and people do not encourage interactions with members belonging to this community, nor do they approve of same-sex partners.

In the Western hemisphere and places like the United States, people are more liberal in their thinking process, and it is normal to have same-sex partners.

The LGBT community is not an outcast, and it is normal to interact with members belonging to it. Stereotypes can be both positive and negative, and both are considered cultural barriers. The positive stereotype often creates a false impression on the mindset of people.

For instance, in some places, people often say that they respect and revere their female folk, but if you look closely, then you will find that the women in most cases do not have the liberty of going out and working professionally. What is the use of this reverence if they are not at liberty to do as they desire.

Italy is famous for its art and culture, but if you interact with a typical Italian, you will find that they are not even aware of their heritage or art. Avoid stereotyped notions and promote positive reception of cultural variance and divergence to overcome this cultural barrier.

Remember stereotyping can create prejudice about a different culture and result in a judgmental attitude towards them.

Ordinary people will look at certain stereotypes and refer them as good or bad and treat them accordingly, either with good behavior or disrespect and contempt, respectively.

Values of human beings are dependent upon their beliefs and often is the reason why a person behaves in a specific manner. In some countries, shaking hands is considered a normal behavior whereas in others touching in any form is not appreciated.

It is a common belief that people from Asia are good in science and maths, but it is just a preconceived notion and may not apply to a person you meet in your life.

Most countries have specific guidelines about accepted behavior and what it considers rude and disrespectful. Varied religious beliefs can also be a reason for a cultural barrier. It is a fact that every action is influenced by values and beliefs that an individual has learned from his culture.

It has a direct impact on his interests, ambition, and even career. If you are looking for cultural barriers, then look no further than the values and beliefs of various cultures. This difference creates obstacles during effective communication, and if you want to overcome this obstacle, then accept the existing differences with an open mind.

5. Body language and signs and symbols

Whatever a person learns consciously and unconsciously about his culture is reflected through his mannerisms, body language, and gestures. It provides meaning and justification to the words that are spoken.

What is perceived as incorrect body language is often considered as a cultural barrier and should be overcome to avoid misunderstandings? Eye contact is a must while dealing with people in countries like the United States and European countries. Still, it is considered a rude, severe, and disrespectful insult in places like Japan, UAE, etc.

Roles are defined by culture, and it is essential to display the appropriate amount of emotion while dealing with people if you want to overcome this obstacle. Non-verbal communication can also take the form of signs and symbols.

It varies from culture to culture and can become a cultural barrier if you are not aware of its meaning while signalling to a person from a different culture. One of the most common signs is Thumbs-up, which signifies approval or good in most cultures but is considered an insult in Bangladesh.

Culture spreads coordinated meaning, and action and cultural barriers show the diversity among various cultures. It is because of the cultural variance that people from different cultures communicate and interact differently with each other.

This is the age of globalization and digital media, and it becomes essential to identify and overcome the cultural barriers as soon as possible so that everyone can participate and perform on a single platform adequately.

NEXT
Self-Disclosure
PREV
Lack of communication
START
What is Communication