What is the Interactive Model of Communication?

Interactive models of communication are also referred to as the Convergence Model. It puts more focus on interaction and less on message as it is concerned with the communication as a whole. The model accepts that many messages are sent unintentionally or may not be even be received.  The best time to use the interactive model is for new technologies like the web.

The interaction model of communication includes physical and psychological contexts. The physical context refers to the environmental factors like temperature, layout, size and lighting of a place and how it has an impact on the communication. Let me explain it with an example. Candidates looking for a job are often asked to attend interviews at different locations. Suppose it is very hot and the interviewee is wearing a formal suit. The external factors like temperature and humidity will create a sweating an uncomfortable situation that will make his interview experience uncomfortable.

The psychological context refers to the emotional and mental factors like anxiety and stress in the interactive communication process. Let me explain it with an example. A student is set to appear in his final examinations and he comes to know that his grandfather whom he loved very much is extremely ill. This will have an impact on his emotional and mental state and lead to anxiety and stress. Thus he will not be able to utilize his full potential and write his examination paper properly. In both examples, the physical and psychological contexts have created an impact on communication.

Components of the Interactive model 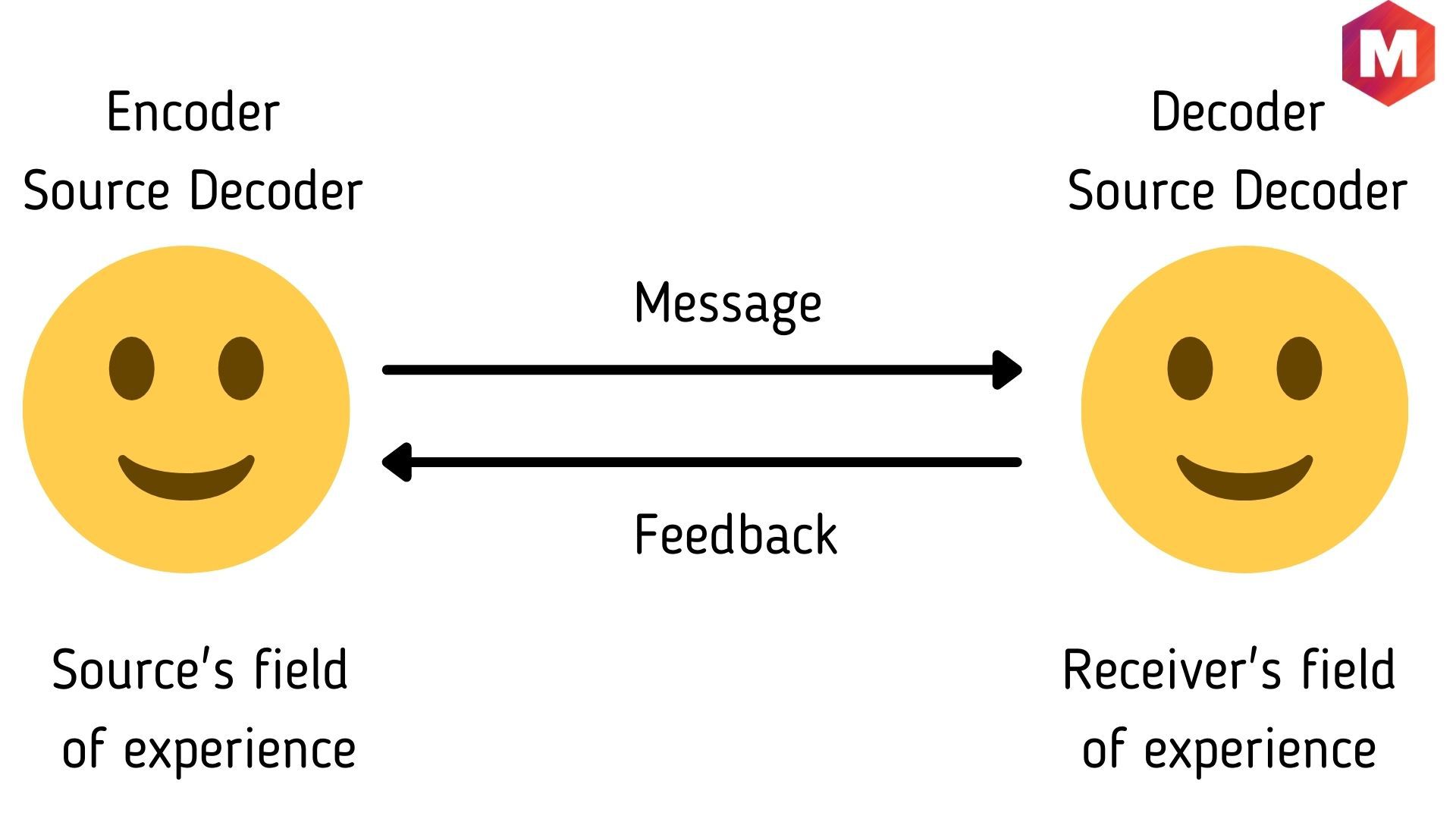 Also Read  The 10 Objectives Of Communication

The field of experience in the interactive communication process refers to the knowledge and experience that the source already has. It has a direct impact on the way the message is formed and how it is interpreted. An example will be how the behaviour, values, psychology and culture will affect a person’s interpretation of the actual message.

Here is a video by Marketing91 on the Interactive Model of Communication.

Examples of the Interactive model

Let us explain this model with interactive communication examples.

Raghav: Everyone is going for the movie today

Anuj: Are you inviting me or just informing me

Raghav: If you want you can come and if not then it is ok

Anuj: I would love to

In the interactive communication process, Raghav is the first source who is sending the message and Anuj the second source who originally is the receiver of the message. Anuj receives, interprets and offers his feedback on the message which is then acknowledged by the first source who becomes the receiver. He now becomes the sender and transmits his message. As the communication progresses it becomes a circular model as message will be passed from one end to another.

The best time to use of interactive model of communication is during communication with machines or humans. Internet is one of the great examples to prove this point. It provides a great opportunity to the receiver who can give feedback even in journals, magazines, books and newspapers.

Criticisms of the Interactive model

The criticisms of interactive models of communication are as follows-