Home » Management » 4 Types of conflicts in an Organization

Conflict is a clash of opinion or interest between opposing or varying parties. We often encounter conflict at various places right from personal life to business life. While some consider conflicts to be a negative phenomenon, it is also perceived as a positive and necessary process by others because of the fact that conflicts bring out true opinions or true sides of the people and matters can be cleared faster once that is known.

In general, conflicts can be of different types such as human vs human, human vs society, human vs nature. The conflict between the nations is the reason behind world wars.

Therefore, conflicts always cause chaos and halt progress. In organizations, where thousands and more people work together, an occurrence of conflict is very likely among the staff members. Therefore, it is very important to understand different types of conflicts and find the various possible ways to avoid or resolve them as soon as possible.

Reduction in productivity is not good for an organization, therefore, it is very important for a manager or leader to understand the conflicts and take suitable actions to settle them and make a workplace a peaceful and healthy environment for everyone. Followings are the different types of conflicts that can occur in an organization.

The 4 Types of Conflicts in an Organization 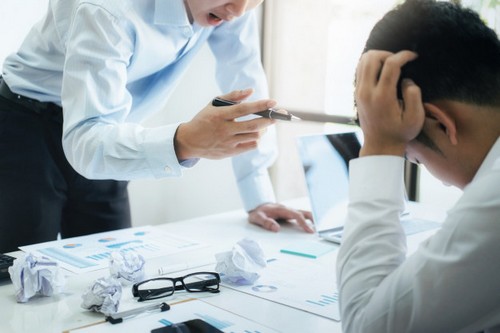 However, interpersonal conflict can take place because of misunderstanding and miscommunication also. In the work environment, it has been usually seen that elder people find it difficult to get along with the people of the new generation. Moreover, their way to work and to approach any problem is quite contrasting, which causes conflicts among them.

One another common example is when employees become friends at the workplace, and a crack in their personal relationship creates conflicts in the work environment. Another potential example of conflicts between two individuals is that when a male employee has to take orders from a female supervisor.

They always find it difficult to get along with each other, Because a male employee does not believe in the capabilities of the female supervisor. Evidently, these types of conflicts are natural to happen and resolving them correctly can help in the personal growth of the employees.

These types of conflicts must be resolved as soon as possible because they can get too critical. There are various ways to alleviate these types of conflicts such as sitting with the human resource manager and settling the issue, by providing diversification training to staff or by imposing certain “standard of conduct” at the work environment. 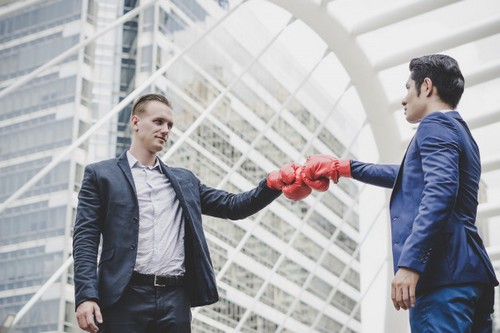 The complexity of these types of conflicts varies from easy decisions such as deciding the lunch menu to major life decisions choosing the career path. The person who suffers from intrapersonal conflict finds it very difficult to concentrate on the work.

Therefore, lack of concentration and lack of zeal to participate in work place’s activities lead to reduced productivity, which is destructive for the progress of an organization. Moreover, intrapersonal conflicts cause anxiety and restlessness in an individual.

A person who is suffering from this conflict should seek professional help before wasting any time. Otherwise, the person should share his/ her feeling with friends or colleagues. Communication is a supported solution to solve such a situation. Organizations should provide psychological aid to all of its employees to deal with these types of conflicts. 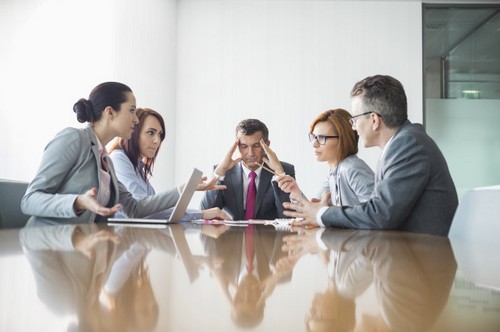 These types of conflicts take place among team members. Discordancy and misunderstanding between these individuals are the main causes of intragroup conflicts. Tension arises in the team when team members have different personalities, values or idea.

For example, intragroup conflicts arise when one team member gets the promotion or get recognized and others don’t accord with the decision. This kind of situation may cause uneasiness in the group. Sometimes, conflicts are beneficial to get better results within a group which is the only objective of the team.

In case of serious conflicts, the team leader should seek the help of different parties. However, these types of conflicts can be avoided by selecting team members carefully and by providing a fair chance to each team member.

Having a one-on-one conversation with an individual team member is one of the ways used to settle this conflict. Alternatively, the entire team can interact with the team leader to express their dissatisfaction. As long as it is done cordially and formally and care is taken that this discussion does not turn into verbal arguments, these types of conflicts can be easily solved.

Hence, the office becomes an unsuitable place to work in. Management should take strict actions to handle such situations. In addition to this, a special committee should be established to sort such conflicts among the staff members. Moreover, an organization should organize some inter-departmental fun competition, so that, employees from different departments get a chance to interact with one another out of the workplace. Other than that, role- switch is also an effective method to tackle intergroup conflicts.

To do so, a random person from one department should be sent to other departments to work for a week or more once in six months. This method will give chance to employees to come out of their comfort zone and they will also learn the methods, conditions and more importantly the problems of the employees of that department.

This will make employees become compassionate towards one another. A common example which is seen in real life is when sales achievement awards are to be given. While the individual contributor who has worked in the area and achieved his numbers deserves the award, the marketing team may also claim the award saying it was they who came up with an excellent strategy which brought results. This will cause a conflict in the Sales and Marketing team, which will be an intergroup conflict.

Conflicts are inevitable to take place when a group of people works together. However, conflicts are not always damaging, but the inability to resolve them is damaging for the organization. Care should be taken that conflicts are to be solved at the first stage, immediately when it pops up. Unresolved conflicts can be very damaging to everyone involved.