What are Communication Systems?

The objective of the communication process is the exchange of ideas, convey of information, and understanding other entities. Therefore information is passed from one place to the other that is from the receiver to the sender.

There are several elements involved in the process of communication systems. The ultimate objective, however, remains to pass information from the sender to the receiver.

For example, a transmitter is an element in a communication system that transfers the information or the message from the sender to the receiver. 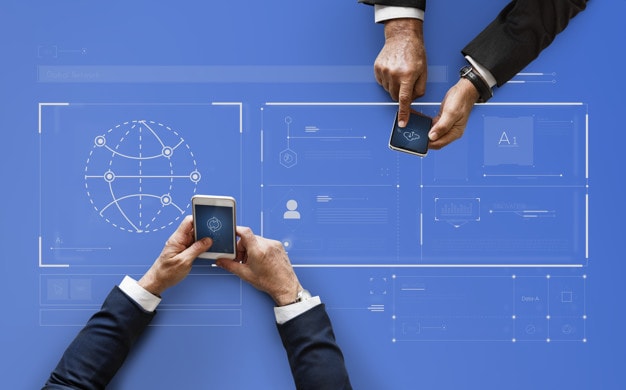 When light is used to send a message from one medium to another, then the optical communication system is used. The message is transformed into signals, and the signals are transferred from the sender to the receiver.

Light signals are received from the base and then decide the next steps. Optical communications systems are also used by railways and even on roads in the form of traffic signals. Greenlight is for go, while Red light is a signal to stop.

Radio has a signal filter to filter out different signals. Information on some signals is unwanted while some signals are wanted. Therefore, radios have a tuning facility by which the receiver can tune to a particular frequency on which you can receive the intended message of the sender.

The signals are decoded by the radio and are easily understandable for the listeners.

For example, in the video call, both the callers can see each other and talk simultaneously. The other person can hear and speak at the same time. Therefore this system can be considered as advanced as compared to radio and light communication systems.

For example, a walkie-talkie follows a half-duplex communication system. At the end of every sentence in Walkie Talkie, the sender is expected to say ‘over’ so that the receiver can start sending feedback based on the message sent by the sender. 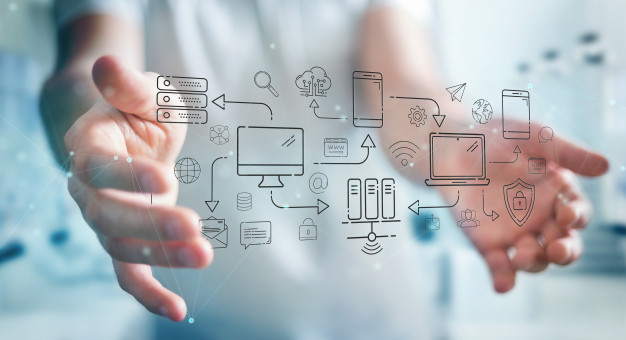 The signal is the carrier of the information. The message is converted into a signal for transmission from one end to the other.

The transducer can also be termed as a converter since it converts energy from one form to the other. The converter can convert temperature, pressure, force into respective electrical signals. For example, a phone call can transfer our voice to the sender by converting the voice into audio signals.

The device which helps to increase the strength of the transmitted signal is called an Amplifier. Amplification is done to increase the frequency of the message, which is being sent.

Sometimes the message is to be transmitted across large distances. These messages tend to have low frequency and amplitude. To increase their reach, these messages are coupled with carrier waves, which are high amplitude and high-frequency waves.

This process of capturing high-frequency waves with the message is called modulation. The resultant modulation wave is the message which is to be transmitted.

There are three different types of modulations present based on the changes carried out:

Also Read  What are Cultural Barriers? 5 Critical Barriers In Workplace

The message is converted into a signal with the help of equipment, which is called a transmitter. The transmitter is present on the sender’s site, and at the site of the recipient, it may be present as a receiver.

The structure or device that receives electromagnetic waves from air, transmitted from the sender, is called an Antenna. It is also defined as the structure which can convert the message into waves to transmit it further is called an antenna.

The antenna is metallic and requires multiple wires to function.

When the antenna converts the message, it is transferred by wire or cable or space, called a channel.

The hurdle between the sender and the receiver is termed as noise. Noise primarily disrupts or Interrupts the message which is being transferred from the sender to the receiver. This interference can be in the form of physical interruption, lightning, solar radiation, or any other relevant type of distraction.

The channels are designed in such a way to eliminate the external destruction or minimized. Noise may happen due to the random collision of electrons in the conductors. Attempts are made to reduce or eliminate noise internally by the use of digital technology.

Attenuation is the problem caused by the medium when the signal is traveling long distances by a medium. This depends on the length of the medium. The range of the medium is directly proportional to the loss in initial power.

Digital signals are less prone to attenuation as compared to analog signals.

It is one of the problems of the channel. The transmitted message is at a specific bandwidth and frequency. However, when distortion of this, the frequency and bandwidth.

The receiver is at the far end of the communication system, and functions as a receiver for the message sent by the sender. It is a device that is devised for giving an output to the receiving signal.

Repeaters are present in multiple locations between the receiver and transmitter. The repeater’s primary function is to amplify the signal which it receives and send it to the next repeater while ensuring that the message does not get distorted.

The communication systems are an essential part of the communication process. These systems enable the transfer of information and the exchange of ideas from remote places.