What is Communication Theory?

The need for communication is present in every living being, and without communication, we would be like bricks lying around – without movement and life.

The framework of communication theory

The following are a few of the points of the communication theory framework.

This viewpoint also takes into consideration the reactions of the receiver after the communication is received and understood.

Communication is a social process since it involves more than one person trying to communicate with another person. The social point of view says that communication is dependent on the content or message. Not only “what” but also “how” a message is communicated essential.

This viewpoint says that communication is unique and dependent on the interpretation of the individual. The receiver is responsible for deriving his conclusion irrespective of the meaning with which the sender has sent.

This point of view says that communication is a medium in which a person can express himself or exert authority in a group of people. 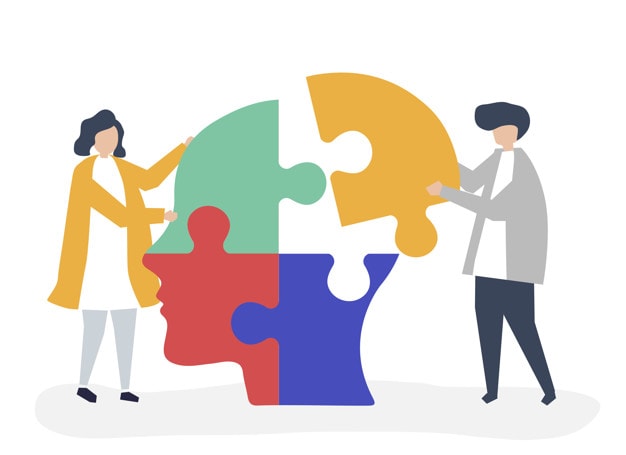 This theory originated from Plato’s authoritarian philosophy, and it stated that only a few men should be allowed to manage the state. It also says that mass media is expected to follow the directives of the country even though the state does not control the mass media directly.

The thought of freedom was restricted by a few people from the ruling class or upper class in western Europe under the same Authoritarian approach. Their primary concern was the emerging middle class, which necessitated them to take steps to control speech freedom.

The term authoritarian itself explains the inclusion of authority in communication, which was regulated and suppressed. Ultimately and to no one’s surprise, this resulted in the emergence of dictatorship.

The fact that a nation is more important than everything else was used to establish supremacy over the press.

This theory is also termed Libertarianism, and it is based on a simple principle that justifies its name, which is the absence of restraint. The free press originated in the 17th century when the printing press was discovered newly, and printing was relatively inexpensive.

Government taxes were not welcomed by libertarian, and people’s opinion was prioritized over government decisions.

The approach is based mainly on the media since people found out that only a few people were benefited because of libertarianism theory, while most of them were not. There were many means by which accountability was held like radio, television, etc.

This theory emphasizes the responsibility of the media towards society.

The basis of this theory was the ideologies of Karl Marx. This theory said that the doctrines of the aristocratic class or the ruling class are the ruling ideas. It was Lenin who first thought of communist theory since he believed that the freedom of the press should be controlled.

Education was considered to be the primary and the only purpose of Mass media. It was thought that the media should educate the people rather than trying to give out information. Media was seen as a means of knowledge promotion.

The primary ideology which initiated the rise of this theory stated that communication is the only source of development, and without communication, there would be no development whatsoever.

Capitalism was legalized under the four classic series. But in the case of development communication theory, the media is supposed to undertake the role of developmental programs for society.

Apart from society’s development, there can be no other significant role for the media, which was emphasized by this theory. However, UNESCO did not support this theory since development is often equated to government propaganda, according to this theory.

This theory came into existence during the first world war. The real power of media was described by this theory, which said that mass media has enormous control and influence over the mass audience.

This theory also supported the fact that mass media can alter the thoughts and behaviors of the people. Selective exposure and selective perception the two main reasons responsible for the effects of mass communication.

This individual’s perspective provides only a very close look at the social structure. People in the lower category of social hierarchy tend to have a better view and a better understanding of the social system than people who are up in the hierarchy.

This theory is commonly abbreviated as ANT. This theory suggests that both the actor and the network are responsible for success. According to this theory, both human and nonhuman factors are equally accountable for technological innovation and the knowledge creation process.

This theory is entirely based on the structures formed because of the rules and regulations of groups and organizations. Once the structures are built, they become sound social systems that have a life of their own.

These structures are directly affected by the decision making process.

The psychological conflict, which is the result of contradictory thoughts, is called cognitive dissonance. For example, a person likes a phone but does not support the price of the product.

The theory states that every person will look for balanced beliefs. This is why to avoid cognitive dissonance; a person will refrain from hearing any contrasting views to his views.

Cognitively sophisticated people will be successful communicators since they can create advanced messages for other people. They also can target and perceive more than one communication goal successfully.

This theory believes that most of us believe today that media influences a person’s sense of reality.  Most of the people are unable to acquire experience by the direct medium. For example, you cannot be present at every news that is happening around the world.

Therefore this theory suggests that the viewpoint that you have developed is from mediated sources and not by direct experience. Thus your thoughts are influenced.

The differences in conflicts between individualistic and collectivist cultures are highlighted in the face negotiation theory.

As the name suggests, the individualistic approach tries to protect the self and adopt dominating styles of conflict. Still, collectivist culture values the group and fosters the conflict style, which integrates or avoids to give others a mutual face.

This theory suggests that the media publish opinions, and people modify or adjust their views to avoid being isolated. People who think that their opinions will get accepted will voice their opinions freely, and people who do not express their opinions suppress them. These people, with a suppressed point of view, are called minorities.

Neil Gross and Bryce Ryan developed this theory in the year 1943. This theory stresses the process by which different channels communicate new ideas to different people. This model also describes various factors that influence people’s thoughts and actions about the original design or technology.

As the name suggests, the agenda is decided and then set. This theory believes that it is the responsibility of Mass media to determine what should be considered as worthy of news and what should not be for the general population.

This theory also goes on to state how much attention a particular news story should receive. The term salience transfer is used to determine the agenda transferring ability of the media.

This theory considers the fact that a person’s intentions can influence his behaviors. There are two reasons for this which tell a person if he should perform particular behavior or not: personal judgments and social considerations. Both of these elements are also repeated in the theory of planned behavior.

Personal judgment is how a particular person perceives the action, and social concerns state what someone believes that others should do.

This theory states that people are entirely dependent on the media to reach their goals and meet their needs. They believe that the media interacts with people to create interests, needs, and motives.

The amount of dependency which is influenced depends on the number and centrality of the information.

Often it is seen that people change their communication or adjust their style of communication with other people. Communication accumulation theory believes the same. The changes in communication may be in verbal or non-verbal forms.

This is done by convergence and divergence. Some individuals make use of convergence to seek social approval and also focus on matching their communication style to that of the person with whom they are speaking.

On the other hand, divergence is primarily used to highlight the differences in the group. Often, a deviation is used by influential ethnic people or groups of racial pride.