Bureaucratic leadership is based on a clear line of command, stringent regulations, and follower conformity. It is characterized by applying a set of rules for management and decision-making, as well as established official functions within a hierarchy of power.

What is Bureaucratic Leadership?

Definition: Bureaucratic leadership is a type of leadership that leads through a clear chain of command, fixed official duties, and strict regulations under a hierarchy of authority. It is characterized by a hierarchy of power and applying a set of rules for management and decision-making.

This leadership style may be beneficial in highly regulated industries, institutions, and government setup that incorporates a rigid structure functioning through defined rigid rules. It can be an effective management style in businesses that don’t demand much originality or invention from staff.

Bureaucracy refers to a group of non-elected officials (selected through well-established processes) responsible for conducting official activities and implementing the rules, policies, laws, ideas, etc of their institution.

According to Cambridge dictionary-

Bureaucracy is a system for controlling or managing a country, company, or organization that is operated by a large number of officials employed to follow rules carefully.

The six notable characteristics of a bureaucracy are-

A bureaucratic leader follows the structured procedures established by the organization. He or she will make sure that all the procedures have been followed before sending it to the next level of authority.

Such leaders give influence upon the compliance and hence they ensure that their team members follow the established guidelines precisely.

The distinction between bureaucratic and autocratic leadership, which share some features, can be a source of misunderstanding.

The fundamental difference is that in autocratic leadership, the emphasis is on the leader, who is in charge of all major decisions.

On the other hand, bureaucratic leadership places a greater focus on the whole chain of command rather than a single figurehead.

In simple words, autocratic leadership is when the leader makes all of the choices and has complete authority over his or her subordinates. The bureaucratic style is built on conforming to authority lines and following normative principles in management and decision-making.

He grew up amid the industrial revolution, seeing society’s shift toward more excellent institutions, ranging from massive factories to expansive farms.

He developed this idea in response to the rising need for a more efficient method for running these organizations, which had previously relied on favoritism. 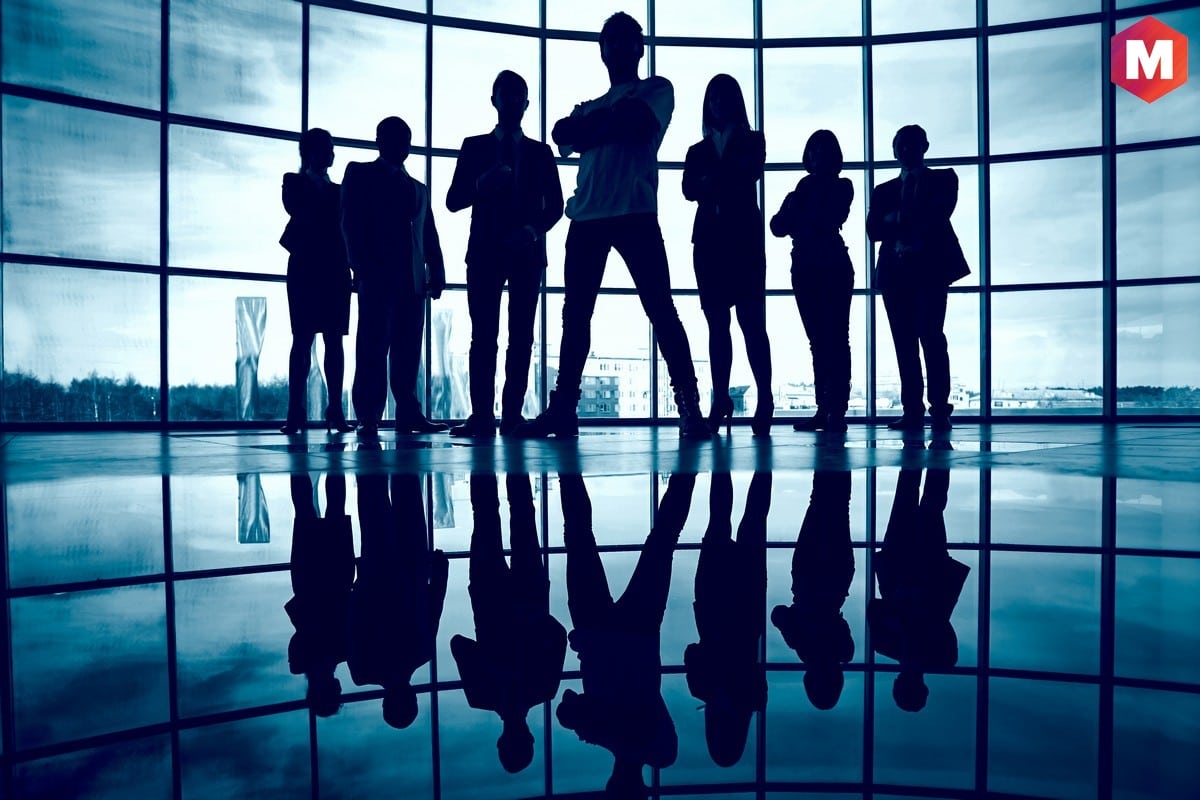 The German sociologist Max Weber in his book Economy and Society suggested the ideal as well as the least ideal ways through which a society could be formed. While analyzing power and leadership, he found bureaucracy as one traditional form of organizing.

His theory was associated with three different types of legitimate power, and they were-

In these three types, bureaucratic leadership fell under the first- legal-rational type of legitimate power.

This system lets subordinates follow normative rules and adhere to the authority of the leader in a well-defined manner. In this, power comes from the position of the leader instead of the characteristics or ability to lead.

Throughout the history of the bureaucratic system and the many definitions of the model, three core elements have remained at the heart of bureaucracy. These are the following:

The systems demonstrate a lack of initiative and flexibility

There is a lot of compliance with regulations and procedures

The systems tend to spread quickly

Weber’s theory of bureaucratic leadership suggests six key reasons behind its importance, let us have a look at them here and now- 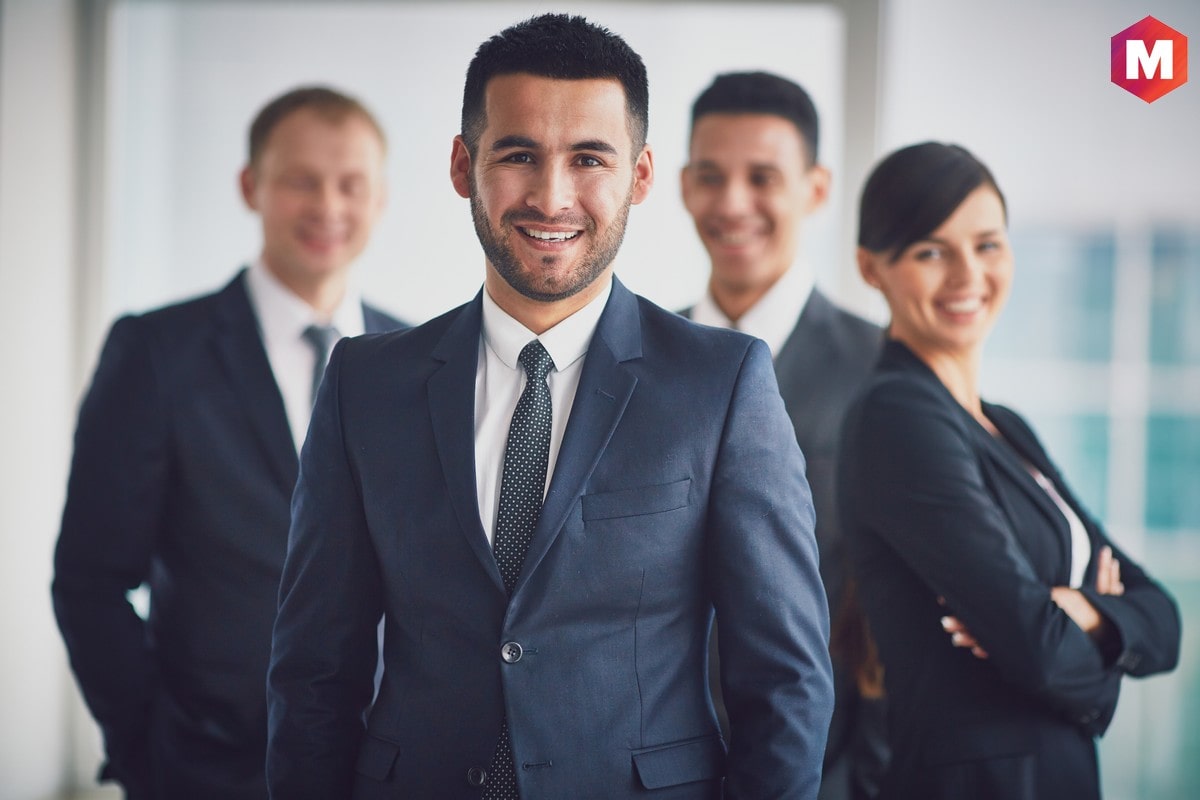 All administrative and management activities are delegated to permanent offices, allowing for clear lines of authority, accountability, and responsibility. As an example, consider a software firm. Research and development, production, marketing, distribution, and administration are some categories that the corporation might be divided into.

The organization’s positions are organized in a hierarchy, with lower levels reporting to and being supervised by the level above them. Employees in our software firm’s research and development section are overseen by their team supervisors, who are in turn controlled by their department directors.

Qualities that officers in the Bureaucratic System should Have?

Qualification for bureaucratic leadership is usually based upon the technical expertise required to efficiently and effectively manage the management tasks. Officers in the bureaucratic administration must be strong-minded and bold to preserve the well-structured framework.

For example, the vice president of the research and development division may have a background in management and software engineering.

Officers in the bureaucratic administration must be strong-minded and bold to preserve the well-structured framework. A huge staff must be managed, which necessitates the presence of a fearless leader.

One needs to be a hard worker because they frequently execute repetitious work; they must be enthusiastic. Subordinates under bureaucratic management should be able to do the assigned task. Officers must maintain a high level of quality and consistency in their job. Leaders in the bureaucracy should develop systematic methods for dealing with various job situations.

Here is a video by Marketing91 on Bureaucratic Leadership.

Bureaucratic leadership works in so many ways0

A bureaucratic structure also has some downsides as well such as-

But the point is that this leadership style has been used in other parts of business and organizations worldwide, including religion, business, and politics. Because of the tight structure of this leadership style, a considerable number of high-profile individuals have achieved enormous success.

Here are a few examples of leaders with purely bureaucratic leadership styles.

Harold was the president of the ITT and a bureaucratic leader (International Telephone and Telegraph Corporation). Harold had a great deal of success as the business’s CEO, and he is credited with helping the company grow into an international enterprise.

On the other hand, Harold’s bureaucratic leadership style is obvious in how he organized and oversaw ITT as president. ITT’s accountability structure followed a defined hierarchical structure that all employees understood. Each department was organized hierarchically, using the firm’s macro-level structure. Smaller groups also have the opportunity to make micro-decisions as necessary.

During his time as a leader, Winston Churchill also demonstrated bureaucratic leadership. He was a British prime minister credited with guiding the country to victory in World War II. He was a charismatic leader with a well-structured system to guarantee that everyone completed their assignments on time.

Also Read  Who are Community Leaders? Their 10 Good Qualities

Churchill was a strong leader who was notoriously tough to persuade. Despite all difficulties, he displayed tenacity in carrying out his goals. He devised a strategy that enabled Britain to defeat its adversaries. Churchill is also a thorough and detail-oriented leader, which are characteristics shared by Churchill.

Collin is another well-known politician who adopted the Bureaucratic Leadership Style. His leadership style is profoundly based in the military, a public institution noted for its consistent bureaucratic leadership system. Collin displayed exceptional leadership abilities, earning him the rank of general in the US Army and the position of Secretary of State.

The military is a very formal institution that prefers to follow the rules for conducting business. Collin gained his experience and understanding of the bureaucratic leadership style from there. He is one of the rare leaders who enjoy following processes to accomplish goals.

Alfred P Sloan, who was appointed chairman of the board of General Motors (GM) in 1937, was a bureaucratic leader who stretched the managerial limits of the style. Even though he mostly depended on a certain structure to keep his firm running, he nonetheless encouraged his employees to be creative and imaginative.

This sprang from his desire to govern the company in a sensible yet (then) contemporary manner; by doing so, he revolutionized not only GM but the automobile industry as a whole.

The bureaucratic processes may benefit your company, especially if one operates in an industry that benefits from its characteristics. The leadership talents and traits will flourish when properly employed inside a tightly regulated corporate setting.

This leadership style may be beneficial in highly regulated industries, and it can also be an effective management style in businesses that don’t demand much originality or invention from staff.

We hope that this bureaucratic leadership guide would have helped you understand this leadership model and its role in channelizing the entire organization. How effective do you consider the leadership position in a bureaucratic structure?