The leadership position in any organization is the center of power. All the power, authority, and resources gravitate to this position. The leaders are those powerful persons who have reached the chair of leadership by a combination of various factors.

What are these factors that make a leader who he is? Some leaders lead by the authority bestowed upon them by law. E.g. The Judge of the Supreme court.

Then, other leaders lead by their deeds and accomplishments. They demonstrate the ability to lead the group harmoniously and take decisions based on their knowledge and experience. The example here would be most of the CEOs and eminent business leaders.

However, some leaders wield their authority by way of their persona. They mesmerize their followers and inspire awe in them. They do have their achievements in their chosen field of endeavor.

But their leadership principally arises from their personality. E.g., Political and religious leaders around the world. These are known as Charismatic Leaders.

German sociologist Max Weber first introduced the concept of Charismatic Leadership in 1947. According to him,

The charismatic leader has certain personality traits, vision, and communication, by way of which he can influence people to follow him. His followers do not need any financial or coercive motivation to accept him as their leader. They have chosen to follow him based on his charisma.

Thus, a charismatic leader is a total of his own unique and inspiring personality as well as his followers’ perception of his abilities.

Characteristics of a Charismatic Leader 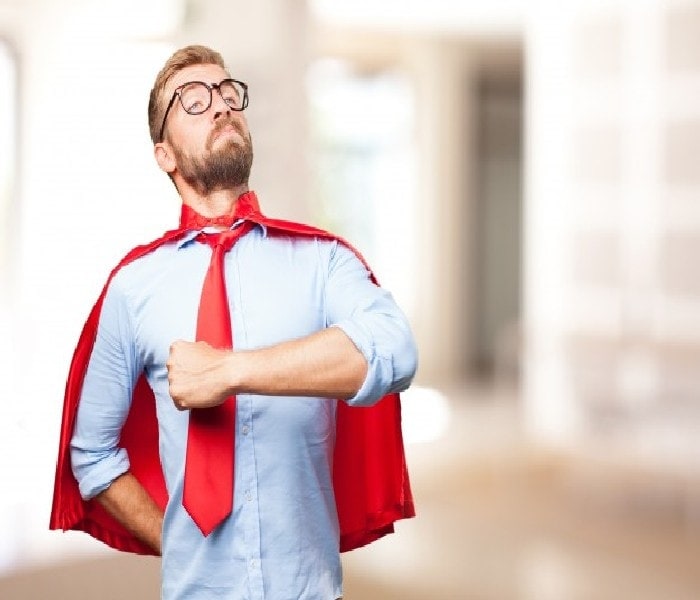 Charismatic leaders have superior communication skills; They are very powerful orators and able to connect deeply with their followers through their powerful speech or one-to-one conversations.

They can articulate their intense thoughts and ideas into well-crafted verbal visions.

All the charismatic leaders have an aura of a superior self-assurance that makes their followers look up to them as saviors, especially during the time of crisis.

Their personality, appearance and the way they carry themselves at all the times – be it a peaceful period or a period of some upheaval – create an irresistible charm that draws unequivocal loyalty and faith from their followers.

Charismatic leaders have a very high level of confidence – in their self as well as in their thoughts, ideas, and visions.

Charismatic leaders nurture a radical, often better, version of the future in their thoughts. They can see what their contemporaries aren’t able to perceive.

Due to this quality, the followers choose to support the charismatic leader, as he promises them something much better than what they already have or solution to their long-drawn-out problem.

Along with excellent communication skills, the Charismatic leaders can connect deeply with their followers. They practice active listening, i.e. during any conversation – with a group of followers or just one individual, they concentrate wholeheartedly upon what the other person has to say.

They make the speaker feel as if for that particular moment, he is the most important person for the leader in the world. They aren’t in a hurry to respond. This ability to lend a patient and attentive ear to their followers build a deep, emotional bond between the leader and his followers.

Charismatic leaders always appear to be calm, composed, and unfrenzied even in the face of adversity.

They never lose their cool demeanor. They always exude a sense of calmness, which increases their followers’ confidence in them.

Charismatic leaders have a people-centric orientation in their leadership.

Their thoughts and actions are directed at bringing about some change at a social, political, or spiritual level, which will affect masses. They can connect their mission very well with their followers. 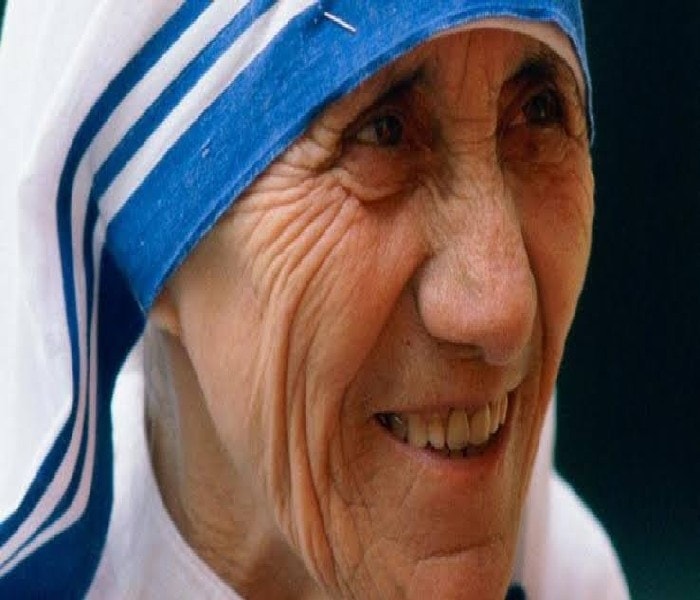 History is replete with examples of Charismatic leaders in political, business, and spiritual spheres. The most prominent amongst these names are:

Living till date in the minds of people with his famous speech ‘I have a dream’; Martin Luther King Jr. was one such charismatic leader who successfully furthered the struggle for civil rights movement in the USA.

Designated as a saint by the Vatican, Mother Teresa began her charitable work in Kolkata, India; to help the poor, diseased and orphans.

She transformed the lives of millions worldwide through her organization ‘Missionaries for Charity’ and inspired so many to dedicate their lives to the service to humanity, just like her.

Sir Winston Churchill performed a remarkable job of boosting the morale of the citizens of war-torn Britain during the testing times of World War II.

Britain’s struggle against the colossal German war machinery can be greatly attributed to Churchill’s highly motivating, patriotic addresses to the nation as well as his strategic decisions.

Lee Iacocca was a business leader who magically pulled Chrysler Motor Company in the USA out of bankruptcy through his meticulous planning and motivating his team to follow his plan of action.

Mahatma Gandhi immortalized the values of Truth and Non-violence in his struggle for freedom against British Rule in India. He secured India’s freedom through the same values and is revered as ‘Father of Nation’ by India.

Though Charismatic and Transformational leadership styles share some common core elements like inspiring followers and magnetic personality of the leader, however; there is a thin line of difference between the two.

While Transformational leadership is more action-oriented and seeks to bring revolutionary change, Charismatic leadership may not always be focused on changing the situation.

Here, the leader, having a huge number of followers through his charisma, is satisfied with keeping the situation as it is.

Best Practices for the Charismatic Leadership 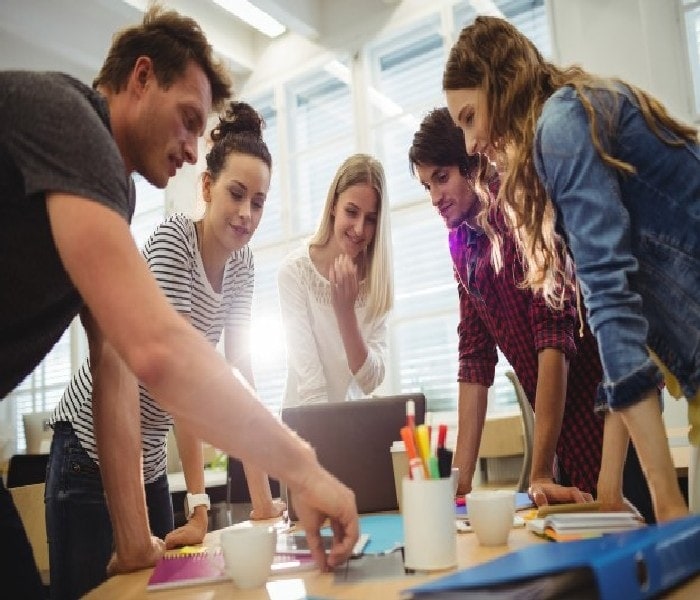 For Charismatic leadership to be successful, the leader must incorporate the following elements in his leadership behavior:

1) Should keep on honing communication skills

Communication skills are the asset of a Charismatic leader. He can connect with his followers on a deep emotional level by effectively communicating with them.

Thus, the leader should keep sharpening his communication skills to be able to be relevant to the needs of the changing times and his followers.

2) Should keep a broader picture in mind

3) Should have an eye for details and practicality

Again, it is easier for the Charismatic leader to get caught up in his ideal vision or get carried away by his popularity.

To assess the effectiveness of his leadership, the leader should keep on scanning his environment for the details of the practical execution and implementation of his programs and policies.

4) Should let the followers develop their leadership skills

To avoid the possibility of leadership void after him, the Charismatic leader should help his followers learn the traits of leadership from him and help them practice the same. 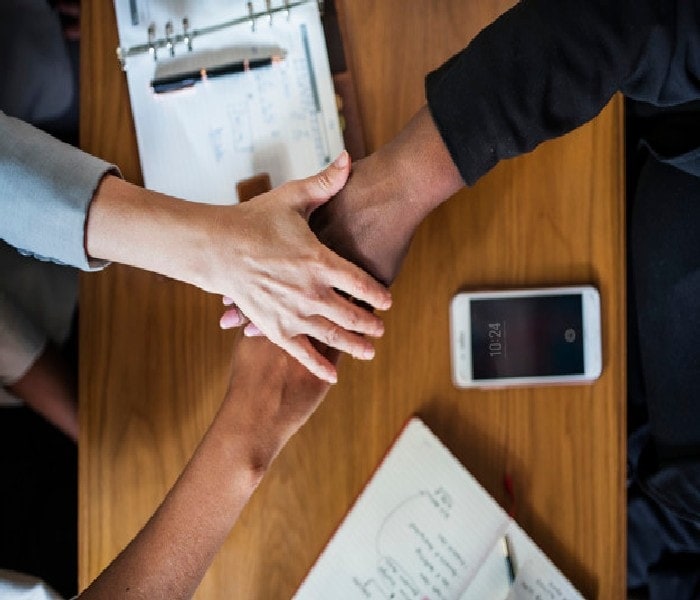 The following are the advantages of Charismatic leadership:

Due to his affable persona and connection at an emotional level with his followers, it is very easy for a Charismatic leader to generate loyalty amongst his followers.

The followers of a Charismatic leader idolize him on their own based on his persona, his dreams, and his ability to connect with them on a deeply personal level. They don’t have to be persuaded by any legal, monetary, or coercive motivational factor.

3) Charismatic leaders can work for the greater good

A charismatic leader can use their magnetic persona and a huge followers base to bring about some social or political transformation in society.

As a charismatic leader can transform the vision and mission of an organization into a picture of desired, ideal future through his communication prowess and zeal, he gets 100% cooperation from his team members for the achievement of the same.

1) The leader can be caught up in his charisma

Under Charismatic leadership, there is always this possibility of the leader attaining an almost cult-like or divine status amongst his followers.

If the leader himself starts believing this, he may stop improving or connecting with the problems of his followers. This can lead to his downfall in the future.

2) May lead to unregulated, unscrupulous behavior

Due to almost limitless, unchecked power and authority of a charismatic leader, he may be tempted to abuse it and may exploit his followers and his organization instead of helping them.

3) Followers may not learn anything from the Charismatic Leader

Here, the leadership may become too personal and leader-centric rather than the organization or process-centric. Hence, it may lose objectiveness and become subjective, failing to create well-equipped successors.

4) The vision of the leader may be too impractical

With time, the original dream of the leader may become impractical or way too ideal. However, he may not notice this as a result of his followers failing to pick up failures of his leadership and following him blindly.

As mentioned earlier, many charismatic leaders aren’t able to create equally abled successors to step into their shoes, whenever necessary. Thus, in the event of death or disability of the leader, the organization may come to a complete standstill.