Home » Marketing » Market Research » What is Research Bias? And How to Minimize it

Bias is a deviation from the truth when collecting data, analyzing the data, interpreting and publishing the data which can you lead to false conclusions. Bias can be intentional or unintentional. It is very irresponsible to conduct and publish biased research.

Every study has limitations and variables. The confounding effect cannot be neglected. This is why every scientist should be aware of all the possible sources of bias and undertake necessary actions to minimize the deviation. If there is still a deviation, then it is the responsibility of the author to mention it in the limitations section of the report.

It is the equal responsibility of reviewers and editors to detect any possible bias in the report. If such a bias is found, then it is up to the editor to decide if bias has a significant effect on the study or not. If that is the case, then it is up to the publisher to reject the research because conclusions are not valid.

Research bias is also known as experimental bias in which the scientists who perform research influence the results to depict a particular outcome.

Some bias may arise because of experiment and inability to take into account all the variables. Otherwise, this may occur when the subjects are selected by researchers who are more likely to generate the expected result, which is a complete reversal of the normal process governing science.

The main point is that in many disciplines, bias is unavoidable. Any process, which is an experimental design, involves understanding and then minimizing the effects of inherent bias. In the case of quantitative research, it is tried to remove the bias entirely. On the other hand, and qualitative research, it is understood that bias will happen.

Also Read  What is Market research 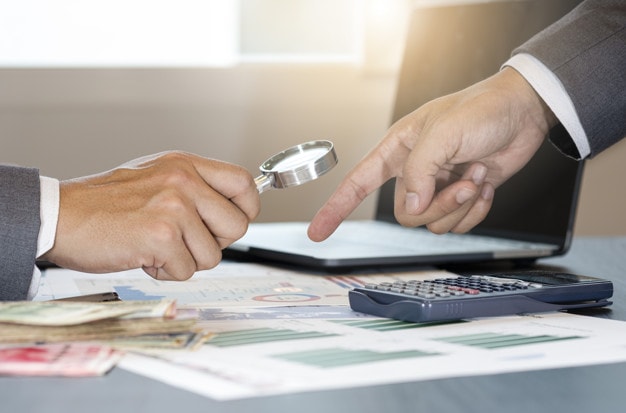 Following are a few of the common types of research bias

This type of bias involves the respondents to answer questions in a way that they think their answers would lead them to be liked and accepted. Irrespective of the format of the research, some people report inaccurately on personal or sensitive topics to present themselves in the best light. Researchers try to minimize this type of bias by focusing on the unconditionally positive aspect.

Part of this also includes making questions to show that it is okay to reply in such a way that is not desirable socially. Questioning indirectly, asking what the third party thinks and feels and how will they behave can be used for culturally sensitive questions.

This also allows the respondent to project their feelings on someone else and provide representative and honest answers.

This bias is also known as ‘Yea-saying’ bias or friendliness bias. This occurs when the respondent depicts a tendency to agree and be positive about everything that the moderator presents.

In other words, they believe that every idea is excellent and they can see themselves approving, buying and acting upon every type of situation that is proposed. Some people have personalities which are acquiescent, and others comply since they perceive the interviewer as an expert. Acquiescence takes less effort rather than weighing each option carefully and hence its the easy way out.

This path increases if fatigue comes in because some people will simply agree to finish the interview. To avoid it, researchers are expected to replace questions that imply there is a correct answer with those which focus on the right point of view of the respondent.

The respondents answer with the same answers for the questions which are worded similarly in case of Habituation bias. This is considered as a biological response which means paying attention and being responsive is a lot of energy.

To conserve energy, brains are habituated to go on autopilot. Respondents show fatigue signs, such as saying that questions are repetitive or give similar responses across multiple questions.

It is the responsibility of the moderators to keep the engagement conversational, and they should try to change or modify the question wordings to minimize habituation.

When the respondents suspect or know the sponsor of the research, their opinions and feelings about the sponsor may bias their responses.

The views of respondents on sponsoring the mission of the organization for its core beliefs, for example, will influence their answers to all questions which are related to that brand.

This is a primary type of bias for those moderators to navigate by maintaining a neutral stance and limiting the reinforcement of moderator for the positive feedback of the respondent. This can be seen as an affiliation of the moderator to brand and emphasize the independent status of the moderator.

Having assumptions about the influences and motivations which are based on our cultural view can create a cultural bias. This cultural bias can be on the spectrum of cultural relativity or ethnocentric city. When you judge other culture by standards and values of your own culture than it is called ethnocentrism.

The expectation that the activities and believes of a person should be understood by other people, according to that person’s culture is called cultural relativism.

To reduce the cultural bias, researchers are expected to move towards the culture of relativism by showing unconditional positive respect as well as being conscious of their cultural assumptions. Ideal conditions state that cultural relativism should be 100%, but it never happens. Culture bias is encountered often in studies or researches, where participants are from different cultures.

Multinational companies who have their products in different countries come across cultural bias.

Confirmation bias happens when the researcher forms a belief or a hypothesis and uses the information obtained from respondents to confirm that belief. It is one of the most pervasive and the longest recognized form of research bias.

Usually, confirmation bias takes place at the moment as the researcher’s judge and weigh the responses which confirm their hypothesis as reliable and relevant.

Similarly, it dismisses the proof that it does not support the thesis. Confirmation bias then proceeds into analysis with the researchers, which leads to remembering points that support and confirm their hypothesis and the points which disprove other theories. It is observed that confirmation bias is supported deeply in natural tendencies which people use to understand and filter out the information.

This leads to focusing on only one hypothesis at a time. To minimize the confirmation bias, the researchers should re-evaluate impressions of the respondents and should challenge the previous assumptions.

It is observed that a single question usually influences answers to other subsequent questions. This creates a question order bias. Respondents are found by their words and ideas which are presented in questions and impact their feelings, thoughts and attitudes on further questions.

For example, if a respondent gives a rating of 10 for one product and then asked to rate other competitive product, then they will usually make a rating which is relative to 10. Typically, the question order bias is unavoidable.

It is often seen that respondents and moderators tend to see something in a positive light due to positive attribute present in the respondent. There are multiple cognitive reasons for this so-called halo effect.

This is a researcher expected to work to address it from multiple fronts. For example, a moderator may assume about respondents since the respondent answered one positive answer.

Moderators should try to reflect on their assumptions related to every respondent. Why are you asking such a question? What is your assumption? Also, respondents may positively respond to a stimulus.

It is recommended that researchers should try to solve and address all the questions about one brand before going ahead for feedback on the other brand. Because when respondents switch back and forth rating two brands, they often project their opinion on one attribute to their idea of the entire brand.

When you elaborate on the answer of the respondent and put words in their mouth, they often lead to a result of bias. Leading questions and wording or not type of buyers themselves. Researchers, to confirm the hypothesis, do this.

Do not use your own words to summarize what the respondent has answered. It is recommended not to assume relationships between feeling and behaviour.

How to minimize research bias?

Bias is present in all the study designs. Although researchers try to minimize the bias and outline the probable sources of bias, it enables more critical evaluation of the research conclusions and findings.

Researchers bring their experience to every study along with their prejudices, ideas and personal to the surface. When this is accounted for the study, it increases the transparency of probable research buyers. Clearly articulating the rationale and choosing a correct research design, to meet the study aims can reduce the common pitfalls related to bias.

Also Read  What are Research Skills? And Why are they Important?

Usually, it is the role of the ethics committee to decide whether the methodological approaches and research designs are biased. Feedback is obtained from seniors; ethics committees and funding bodies, and it is an essential part of designing a research study.

Also, it provides valuable guidance in the development of intense research.

Selection bias is reduced mostly in quantitative studies with the help of a random selection of participants. It is also reduced by the randomization of participants in case of clinical trials. However, when you do not account for participants to try to withdraw the study, who are usually lost to follow-up will result in sample bias.

In qualitative research, there are advantages of purposeful sampling in comparison with convenience sampling. It is seen that bias is reduced because of the constant refinement of the sample to meet the study objectives.

The validity of the study will be threatened if there is premature closure of participants selection before the entire analysis can be completed. This is overcome by continuing the recruitment of new participants into the study during the analysis of data. This is done till no further info emerges and is called as data saturation.

In quantitative studies, a well-designed research protocol which outlines the data collection and its analysis can help in reducing the bias. To refine procedures and protocols, feasibility studies are undertaken.

Bias can be reduced by increasing follow-up where appropriate control trial analysis can be based on to treat principle. This is the strategy which assesses the clinical effectiveness since not everyone is compatible with the treatment and the treatment which is received by people might be modified as per their responses.

Qualitative research is often not transparent according to the analytical processes which are employed. Qualitative researches should demonstrate rigour, and they should be associated with openness, their importance to practice and methodological approach’s congruence.

Also, the data may be interpreted by other researchers differently by appreciating as well as understanding how the themes are developed, will be an essential part of showing the strength of the findings.

Minimizing bias includes constant comparison, respondent validation, analyzing deviant and independent cases and prolonged involvement or by continuous observation of participants, independent or third-person analysis of data by a different researcher and finally by triangulation.