However, it is not easy to create demand for a product which is very technical in nature or which is mundane and to which customers do not pay attention. Today, everyone knows what Intel is, and what Dolby surround sound is, or why Teflon material is important while cooking. But imagine the hardship a brand like Intel faced when it started out. It had to make a boring thing like Microprocessors, sound exciting and it had to ensure that customers wanted Intel microprocessors over others.

And what a job Intel did!!

What Intel did is known as Ingredient branding. Intel is a component or an ingredient in a computer. It is not the computer itself. Intel started by directly marketing to manufacturers and OEMs and by showing the power of their processors. Once the manufacturers were impressed, Intel did not keep silent. Instead, it started Ingredient branding and began marketing to the mass market and created a demand for itself.

Customers specifically began entering computer shops and asking for Intel processors. The same laptop and desktop computers could have provided a similar specification at a cheaper rate. But because Intel had invested in brand building, it is still the world’s leading authority in Processors and is famous for its “Intel Inside” campaign. Intel still stands as the best example of Ingredient branding. You buy a computer, because of the ingredient inside.

As the markets expanded, ingredient branding became more and more important. Automakers realized they were losing a lot of business during the servicing of their cars due to spare parts. If their customers were getting poor spare parts, the car and the brand both suffered. Thus, decades long Ingredient branding campaigns started wherein car manufacturers educated customers the importance of using spares and parts from the manufacturers themselves and not to buy from the grey or open market. 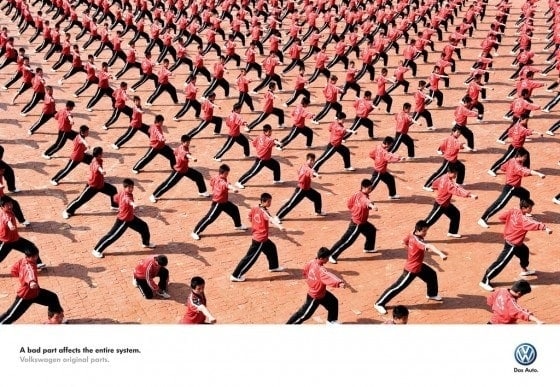 Similarly there were other brands who showed panache of Ingredient branding. Dolby surround sound came in the picture when movies started advertising that they were being showed in Dolby surround sound. Teflon coating become a prominent ingredient branding figure for cookware across the globe. Honda is famous for its engines. A recent example of Ingredient branding is the Operating system which is within the smartphone or laptop – Whether it is Android / Apple / Windos / IOS. The Operating system is specifically advertised.

How to plan an excellent Ingredient branding campaign?

Overall, If a manufacturer makes a complete product and brands itself, then it has to ensure that the ingredients are branded too so that the manufacturer receives a boost to the main brand via the ingredients as well. Otherwise too, any brand which wants to target an Ingredient as a product, can use the above tips to market itself and use Ingredient branding methods to penetrate in the market.