When the production concept was found, a production oriented business dominated the market. This was from the beginning of Capitalism to the mid 1950’s. During the era of the Production concept, Business concerned itself primarily with production, manufacturing, and efficiency issues.

The reason that Production was given major importance was because of “Says Law” which stated that Supply creates its own demand (from the French economist Jean – Baptiste Say.) 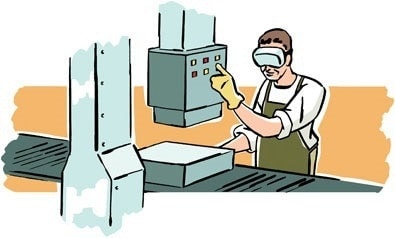 “Says law” simply meant, If a product is made, somebody will want to buy it. Remember that this was a time when the means of communication were less and people travelled lesser distances too. Sales was mainly done by traveling salesman. And delivering the material after the sales was a hassle as well. There was a shortage of manufactured goods (relative to demand) during this period so goods sold easily.

What does Product Concept mean?

The basic proposition of the production concept is that customers will choose products and services that are widely available and are of low cost. So business is mainly concerned with making as many units as possible. By concentrating on producing maximum volumes, such a business aims to maximise profitability by exploiting economies of scale.

Managers try to achieve higher volume with low cost and intensive distribution strategy. This seems a viable strategy in a developing market where market expansion is the survival strategy for the business. Companies interested to take the benefit of scale economies pursue this kind of orientation.

In a production-orientated business, the needs of customers are secondary compared with the need to increase output. Such an approach is probably most effective when a business operates in very high growth markets or where the potential for economies of scale is significant. It is natural that the companies cannot deliver quality products and suffer from problems arising out of impersonal behavior with the customers.

Do note, the production concept is a thing of the past and was used when there was very less competition. At such times, the more you produced, the more will be the consumption of the product. An example in this case is FORD, which manufactured huge number of automobiles through its manufacturing assembly line which was the first of its kind.