Home » Marketing » Sales » How to close a sale? Tips for sales closing

The selling tactics followed by salesperson affect the ease of closing a sale. Low pressure sales are closed more easily than are high pressure ones. On low pressure sales, prospects feel that they are reaching the buying decisions themselves, and primarily through rational processes of thought, so there is no need for extra push just before the sales are consummated. In high pressure sales, the main thrust is to the prospects emotions, so salespersons attempt to propel prospects into buying decisions. Often, the prospect regains normal perspective as the sale nears its climax, and, if this happens, the salesperson needs unusually effective persuasion to close the sale. 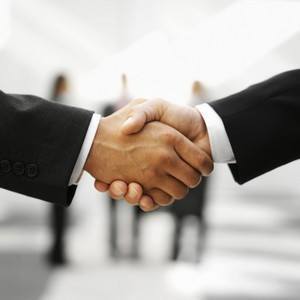 But even after an excellent presentation, and in spite of thorough prospecting, some prospects refrain from positive commitments. The natural tendency of many people is to let inertia guide their reactions many are happy to leave things as they are, and salespersons leave empty handed unless they jolt these prospects into buying. The skilled closer gives the extra push that triggers a buying response. But failures to get an order result as much from poor prospecting and inept presentations as from ineffective closing.

When an attempted close fails, the salesperson should normally try another. The refusal does not necessarily imply an unwillingness to buy; it may indicate the prospect’s need for additional information or for clarification of some point. Some executives recommend that sales personnel attempt as many as five closes before giving up. Early closing attempt should be so expressed that a refusal will not cut off the presentation. A salesperson judges the sincerity of a prospect’s refusal, surrendering gracefully when it is clear that no sale will be made.

Many indirect closes are in common use, and books on selling contain numerous examples. When open or more attempts at a indirect close fail, the salesperson uses the direct approach. Few prospects respond negatively to a frank request for the order in fact, many people, especially those who are themselves engaged in selling, do not buy unless the order is asked for outright.

Here is a video by Marketing91 on closing a sale.