Fogg Deodorant is a subsidiary product of its parent company Vini Group of Companies. It is associated with FMCG industry as it deals in deodorants. Fogg Deodorant is an Indian origin product and presently occupies the top position in the deodorant market. It was launched in the year 2011 in India with a totally new concept of no gas.

Fogg Deodorant was the brainchild of Darshan Patel, the founder of Vini Cosmetics, who realized that there was an untapped market for deodorants in India. It wanted to penetrate the current market and hence targeted youth, who mostly favour the use of deodorants. Fogg Deodorant faces competition from the following brands-

Product in the Marketing mix of Fogg Deodorant 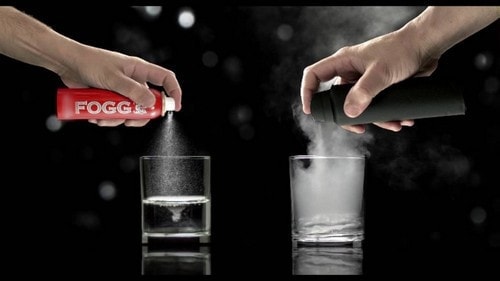 The Main USP of Fogg Deodorant is that it lasts longer compared to other deodorants in the consumer market. The brand has offered several variants of deodorants to its customers and is available for both men and women.

The brand guarantees at least eight hundred sprays per single bottle, which is a huge achievement. When the deodorant market was flooded with similar types of products the parent company came up with a unique and never heard of a product that was liquid based instead of typical gas based. Its products promise quality assurance as it undergoes dermatological testing and hence consumers are assured of no side effects. Its varied product portfolio includes-

Place in the Marketing mix of Fogg Deodorant

Fogg Deodorant has a Pan-India presence and its products are easily available at every nook and corner of India. It has its headquarters based at Ahmedabad in Gujarat.

Fogg Deodorant has a strong and widespread network for distributing its products easily and fast in the consumer market. It takes the help of its parent company which already has a powerful distribution channel. As the brand offers an FMCG product it does not need an exclusive outlet for selling purposes. Its distribution network includes services of manufacturers, C&F agents, distributors, and retailers. Products are easily available at corner shops, grocery stores, malls, hypermarkets, and supermarkets. Fogg Deodorant at its onset was launched also via an online platform. It is now available via e-portals and online stores.

Price in the Marketing mix of Fogg Deodorant

Fogg Deodorant occupies more than 20% of the total market share and its estimated revenues are nearly twenty-five crore rupees. It has targeted young generation from middle and upper middle class belonging to urban cities as its target customers.

It was the first deodorant brand in India that targeted both men and women with separate products. The brand has positioned itself as a body spray that does not have any gas and thus its perfume and power last much longer. Fogg Deodorant is for fashion-conscious people who are outdoor-oriented and trendy. The creator of Fogg Deodorant believes in the concept of more quantity, low cost, and best value.

Fogg Deodorant has adopted a penetration pricing policy and has kept its product prices reasonable and affordable so that it can capture further markets. The brand has differentiated value proposition and promises to offer more value for money to its customers. It faces stiff competition from several rival brands.

It is easy to reach the top but to maintain its position at the top is very difficult. Fogg deodorant realizes it and hence has kept its product prices at par with the prices set up by its rival brands. At same prices, it offers a better and long-lasting product that has been able to garner customer attention. Its competitive pricing policy has been successful as it still occupies the first position in consumer market leaving all its competitors behind.

Promotions in the Marketing mix of Fogg Deodorant 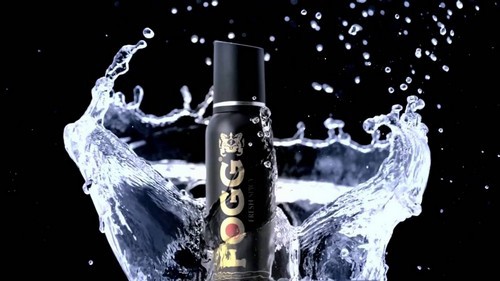 Fogg Deodorant has adopted a marketing strategy that would directly strike the Indian mindset. It has created ad commercials which have set its image as a product with utilitarian use.

It’s ads highlight the fact that rival brands are offering deodorants that are quite wasteful in comparison with its own product. Generally, the deodorant market till date had targeted the men section but Fogg deodorant was the first to offer separated deodorants for both men and women along with combo packs.

Its sensational ad campaigns are shown via print, digital, electronic and visual media in newspapers, magazines, hoardings, billboards, television channels, radio, and on vehicles. Fogg Deodorant has realized the impact of social media platform and its products are advertised via its own website, Twitter account, YouTube and Facebook page.

Fogg Deodorant has pitched its brand to men and women section separately and its unique concept has been able to create a niche market for the brand that distinguishes it from other brands. By including women as its potential customers Fogg has been able to increase its functional parameter. Fogg Deodorant has adopted apt taglines like No Gas Only Spray, Again Finished, Without Gas Body Spray, lasts longer and Doesn’t get blown away like other deodorants.