Renault is a multi-brand international group that is associated with automotive industry as it deals in automobiles. It is a private limited company of French origins and was founded in year 1899 by its co-founders and brothers Fernand Renault, Marcel Renault and Louis Renault. In the year 2016, the company was declared at ninth position in the world as biggest automaker in terms of production volume. It has entered in an alliance deal that is fourth largest in automobile sector in the world and is known as Renault-Nissan-Mitsubishi Alliance. It faces competition from the following

Product in the Marketing mix of Renault 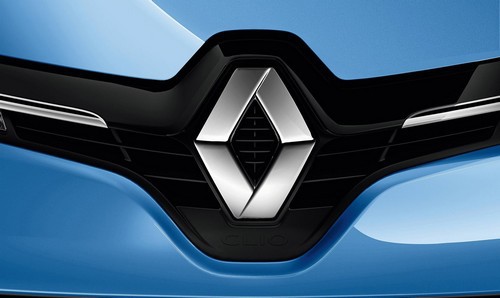 To meet the technological challenges head-on Renault has created a product portfolio that is to be envied. It is a manufacturer of vans and cars and has been also credited with manufacturing autorail, buses, tanks, tractors and trucks over the years. Renault operates in markets under Alpine, Renault Samsung Motors, Dacia, Lada and Renault. Its current models with its launching years include-

Renault has been credited with several innovations that include

Place in the Marketing mix of Renault

Renault has set up its manufacturing units and designing facilities mostly in its native region of Europe to cut down the cost prices. 75% of its manufacturing plants are located in Europe with the rest spread over Eurasia, Africa, Asia-Pacific, Middle-East, and America in places like Moscow, Chennai, Tangier, Le Mans, Sao Paulo and Los Andes.  It has its headquarters base at Boulogne-Billancourt in France.

Renault has established its main research and development center The Renault Technocentre at Guyancourt with more than eight thousand employees. It has a strong and powerful distribution network that includes services of dealers that help the company to distribute its products in global markets.

Price in the Marketing mix of Renault

By the end of the fiscal year 2017, Renault posted its revenues and net income at 58.77 billion Euros and 5.21 billion Euros respectively. It has targeted families, young executives, and business-men as its target customers. The company has positioned itself as a brand that is offering a wide range of products that would suit every individual.

It has placed a research team that carries out a thorough market research about consumers their spending habits, market position and competitors and their prices before making its own decisions. It is carefully handled so that the company can make right decisions.

Vehicles at their onset are divided into different segments so that it is easy to identify the market it belongs to. Every one of its product has a clear-cut price range. The company faces a lot of serious competition from several brands and has adopted its pricing strategy accordingly. It has kept its product prices at par with the prices set up by competitors so that its prices seem reasonable and affordable to the consumer. Renault is perceived as a value-for-money brand in the consumer market.

Promotions in the Marketing mix of Renault 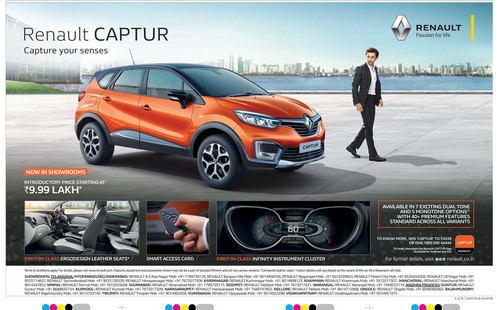 Renault has adopted a comprehensive marketing policy and has decided to take advantage of every marketing tool at its disposal to create greater brand visibility. It has launched its ad campaigns via magazines, billboards, hoardings, motor shows, rallies and public displays. The brand is aware of the importance of social media platform and hence displays all product details, advertisements, and relevant information via its official website.

It has entered into several sponsorship deals. It has a three year deal in Australian Football League as sponsors of Port Adelaide Football Club. Renault has been a sponsor of BFI London Film Festival, Marrakech Film Festival, Venice Film Festival and Cannes Film Festival. It has been actively participating in CSR activities by campaigning for road safety and education via scholarships.