Chick-fil-A is associated with food and beverage industry as it deals in fast-food sector. It is a private company of American origin and was founded in the year 1946 by its founder S Truett Cathy. Chick-fil-A is a subsidiary of its parent company Cathy Family. The brand is well-poised in this highly competitive market but still faces competition from the following-

Product in the Marketing mix of Chick-fil-A 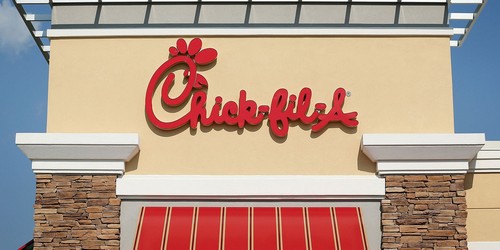 Chick-fil-A is a restaurant chain of fast-food specializing in sandwiches made from chicken. The joint serves breakfast, lunch and dinner menu and also offers catered selections for special events. Its impressive product portfolio includes fresh and healthy items like-

Place in the Marketing mix of Chick-fil-A

Chick-fil-A operates mainly in Canada and United States. It has its headquarters based at Atlanta in the United States. The brand has opened nearly two thousand and two hundred restaurants that are spread over every part of its home country to include forty-six states. The first restaurant was opened at Greenbriar Mall in Atlanta and with time the company opened its restaurants at other locations like Manhattan, New York City, and Columbia. Its first foray into the overseas market was in the year 2014 with a restaurant at Calgary International Airport in Calgary at Canada.

Chick-fil-A has a unique way of operating. It selects a location and then builds a restaurant over there. The company retains ownership but as it believes in franchise system it offers the interested operator a chance. He has to pay an initial payment of ten thousand US Dollars and go through a training program to become eligible for handling the store. The franchise owner must pay 50% of the net profit to Chick-fil-A as part of its business dealings.

Chick-fil-A built its first freestanding franchise at Atlanta in Georgia. The company has opened drive-through-only joints at thirty-one locations and most of its restaurants can be found at airports, hospitals, universities, and malls. Chick-fil-A has created a very good presence in online sector and hence offers online delivery and order placements.

Price in the Marketing mix of Chick-fil-A

At the end of the financial year, 2016 Chick-fil-A posted its revenues at 8 billion US Dollars. It has targeted middle and upper-middle class people from urban families as its target customers who are looking for quick serving fast food joints with good quality offerings. Chick-fil-A is an established brand with a lot of credibilities. It faces stiff competition from several rival brands.

Promotions in the Marketing mix of Chick-fil-A 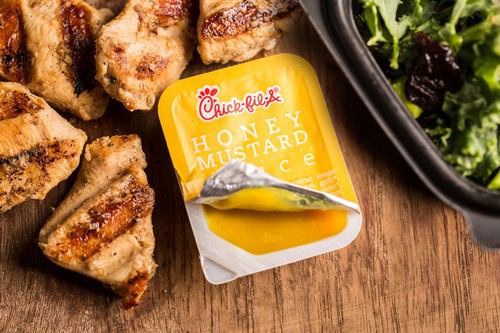 Chick-fil-A has adopted an innovative technique to publicize its brand and the products. It has created ad campaigns that have been able to deal a direct impact on customer mindset. As part of its promotional activity, the company offers a free meal to people who come dressed as a cow on their annual Cow Appreciation Day.  Its descriptive taglines are very popular like ‘We didn’t invent the Chicken, Just the Chicken Sandwich’, and ‘Eat Mor Chikkin’.

Chick-fil-A has created a video called ‘Running of the Cows’ and has also started Best Cow Costume Photo contest via its website to promote brand visibility. All its ads are unique and enjoyable. The company has utilized social media platform to its full advantage and maintains strong presence via Twitter, YouTube and Facebook page.

Chick-fil-A has entered into several sponsorship deals to increase its brand visibility. It has become the title sponsor of The Peach Bowl and is the key sponsor of ACC and SEC of college athletics. The company organizes a high school basketball tournament at Columbia and a charity tour by motorcycle every year. Chick-fil-A offers food service during some of the events it organizes.

It actively participates in more than seven hundred programs like children’s homes, families in need and academic scholarships. The brand has been the recipient of several awards like Consumer Choice Award for its fresh and healthy food items.