Giorgio Armani started the company back in 1975. As a designer, he made apparel with his taste of aesthetics, splendor and luxury, that has appealed to the mighty celebrities from Hollywood to royalty. Since its launch in 1975, Armani has been a privately held company with Giorgio Armani being the sole shareholder.

With many sub-brands designed under the parent brand of Giorgio Armani to cater to the explicit requirements of different market segments, it has become a powerful and valued fashion and luxury brand in the world. 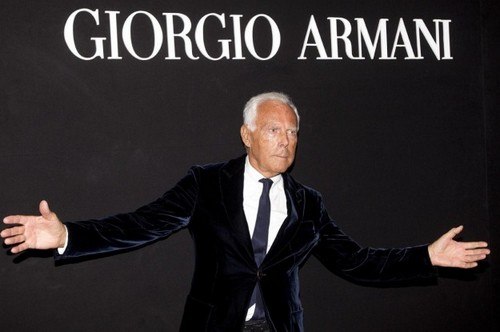 Product In The Marketing Mix Of Armani

Just like many other fashion houses, Giorgio Armani has been built mainly on the unique identity and personality of Giorgio Armani himself proven through the designs created.

The signature Giorgio Armani line is the prime collection of apparel consisting of signature Armani suits, which essentially target consumers in the 35 to 50 years age group.

Armani Collezioni is a venture towards a slightly lower market segment. This basically caters to that segment of people who seek to wear Armani apparel but cannot afford the ultimate signature line.

Emporio Armani is targeted especially at the young professional segment in the 25-35 age groups and provides modern designs applicable to the target customers.

Armani Jeans is the lowest range of Armani apparel that caters to the young adults in the 18 to 30 year old age group. The Armani Jeans collection provides a chic yet luxurious and fashionable line of apparel.

Place In The Marketing Mix Of Armani

A/X Armani Exchange is a chain of retail outlets of Armani fashion house licensed to serve as the ultimate indication of the brand’s supremacy. By providing an entire range of its apparels and accessories, Armani Exchange showcases customers with a complete feel of the deluxe fashion.

Giorgio Armani also offers its cosmetic and perfume range online. The website incorporates the same design features as its stores and includes a beauty bar allowing customers to view the products lined up in front of them. Another innovative feature is a real-time model that allows the visitor to see products, like lipstick, applied to an on-screen model, allowing them to evaluate the shade for themselves.

Price In The Marketing Mix Of Armani

Giorgio Armani with its iconic fame amongst the elite members of the society and the fashion literate section of the market has taken useful steps by extending its brand so as to target customers at different price levels.

The signature Armani suitsare of the ultra-premium price points. The Armani Collezioni brand has a price point of almost 20% lower than the main line, and provides an excellent line of affordable fashion. Armani Prive line of fragrances is the most democratized section of fashion, because everyone can get a piece ofthe big brand at a good price.

Promotions In The Marketing Mix Of Armani

A regular at the Annual Academy Awards,Giorgio Armani has been the ultra premium and exclusive fashion wear with the Armani suits donned by the leading Hollywood men and the Armani evening gowns and other haute couture dresses worn by the gorgeous Hollywood women.

In another grandiose event at New York, attended by over 2,000 readers of Paper magazine and a dash of celebrities, Armani admitted common people in to witness the catwalk presentation that included Ricky Martin showing off his stuff in Armani designs.