Intel Corporation is popularly known as Intel and is a public company with American origins. This multinational company deals in technology and semiconductors and has its headquarters in California in United States. Currently Intel is highest and largest manufacturer of semiconductor chip in global market in terms of revenue.

Company was founded in year 1968 by its co-founders Robert Noyce and Gordon Moore, who were pioneers of semiconductors. Company combines its dual abilities of designing advanced chip with manufacturing capability. In year 2015 brand Intel was ranked at 56th position as most-valuable brand in world. Some important competitors of Intel are as follows 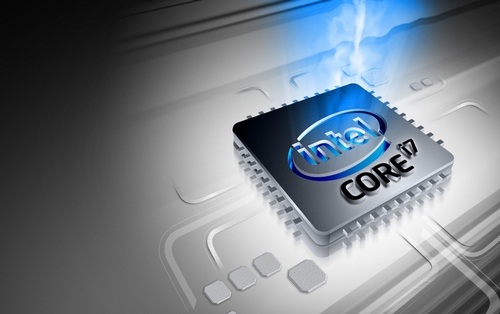 Products in the Marketing mix of Intel

Invention of microprocessor’s x86 series is a work of Intel and it is used mostly in personal computers. Intel’s products are world renowned because of their reliability and performance. In fact, the product is almost a necessity for most users.

It also is a supplier of processors for manufacturers of computer system and some vital companies are Dell, HP, Samsung and Apple. Intel is a manufacturer of numerous devices for computing and communications like embedded processors, graphics chips, motherboard chip-sets, flash memory, integrated circuits, and network interface-controllers.

Place in the Marketing mix of Intel

Intel has its base in Santa Clara with its operations spread over every part of world. Its largest concentration of workforce is in Washington County in Oregon with 18,600 employees at several branches. Several facilities are situated in 63 countries like Argentina, Russia, India, Ireland, Malaysia, Costa Rica and China. Intel is largest-private employer in Oregon and largest-industrial employer in New Mexico.

Its total employer count is estimated at 107,300 at the end of year 2015. Company has various production plants and development centres in numerous countries like Israel and China. Intel has a distribution channel that is updated regularly so as to correct any mishaps. It pays attention to various vital points especially purchase points and effectual packaging. Its massive distribution channel has helped in penetrating markets that seemed impossible at one time.

Price in the Marketing mix of Intel

Pricing policies are dependent on numerous factors. Intel has achieved desired success and its pricing strategies have played an important part in its popularity. Company occupies nearly 90% share as manufacturer of semiconductor. It allows its competitors to set a base price and makes its pricing strategy based on these rates. As its cost price is less because of mass production, it manages higher revenues even after setting lower prices.

Moreover, the company is associated with best brand tag and hence its loyal customers tend to opt for its products even if its prices are marginally higher. In both cases Intel manages to garner huge revenues and has the option of flexible pricing policies. It keeps its pricing policies for consumer goods at reasonable rates so as to maintain customer loyalty.

For some of its products like chips, company has set up premium pricing as wanted power-pricing strategy. It justifies its policy by declaring that consumers are opting for higher-end models.

Promotions in the Marketing mix of Intel

Branding of a technical product like Microprocessors was always difficult. One of the reasons that Intel is the most favourite brands of Marketers because it literally teaches you how to market a product that you cannot see. The challenge in front of Intel was that the product was inside the CPU, customers could not see that, so it could not be marketed through the traditional ways. But by assigning it qualities of speed and performance, Intel has leveraged its brand to a very high brand equity.

Promotions are an important tool for any company and it is quite effective and handy if utilized properly. Intel started mass marketing policy for making people aware about its brand. In year 1991 it decided to use a branding and marketing campaign known as Intel Inside and this type of ingredient branding established the company as a popular household name. Intel later made a deal with MicroAge where both would establish each other’s credentials. This was a momentous decision as it increased sales and brand awareness of both companies resulting in higher revenues. Intel adopted Intel Inside as its main branding tool and started rolling it out in numerous advertisements.

A five-note jingle was launched as a promotional activity and its success could be heard in more than one hundred and thirty countries of the world. This advertising campaign created awareness and brand loyalty amongst consumers. In year 2008, company decided to launch its campaign to online media and this proved a huge success story.  It has paid attention to details like packaging, discounts and advertising to make this brand most popular and visible through every medium. Mouth publicity has also been in favour of this brand as Intel inside logo is now a necessity for every buyer in terms of best product.