Deutsche Lufthansa AG is simply referred to as Lufthansa. It is of German origins and is associated with the airline industry. Lufthansa Airlines was founded in the year 1953 but it was able to commence operations from the year 1955. Earlier it was a flag carrier and state-owned airlines but in the year 1994 was privatised. It is the founding member of largest airline alliance in the world Star Alliance. Some of its major rivals in airlines industry are as follows-

Product in the Marketing Mix Of Lufthansa Airlines : 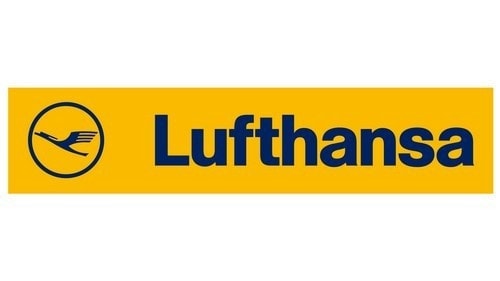 Place in the Marketing Mix Of Lufthansa Airlines :

Lufthansa is the largest airline in Germany and after including its subsidiaries largest in Europe in terms of fleet size and number of passengers carried. Its services have extended to one hundred and ninety-seven international destinations and eighteen domestic destinations spread over seventy-eight countries in Europe, Asia, Americas and Africa.

Lufthansa Airlines has its corporate headquarters base and registered offices at Cologne in Germany and its secondary hub is at Munich Airport and primary hub at Frankfurt Airport where its flight attendants, ground staff and plots are based. Several departments of Lufthansa Airlines like Media Relations, Investor Relations and Corporate Communications are located at Frankfurt Airport in Lufthansa Aviation Center.

Price in the Marketing Mix Of Lufthansa Airlines :

Lufthansa Airlines offers four types of products to its customers and has adopted variable pricing policy that is value-based. As premium economy and economy class cater to the mostly middle-class segment of society airlines has adopted a competitive pricing policy for those tickets.

For business-class, it has adopted a mid-premium and for first-class premium pricing strategy because these are high-end customers who demands comfort, ease and added benefits and are prepared to pay extra for such benevolence. Timings have a great impact on ticket prices because if the tickets are booked in advance its prices are comparatively less then when it’s booked near to the date of departures. Lufthansa Airlines believes in promotional strategy and offers incentives like discounts and added benefits during off-seasons.

Promotion Mix in the Marketing Mix Of Lufthansa Airlines :

The company believes in promotional advertising and offers incentives like promotional codes, loyalty programs and discounts to its customers. Ad campaigns have been launched by Lufthansa Airlines through digital media in television and social media platforms like its own website, portals of travel agent tied up with this airline, Twitter and Facebook accounts. Officials also engage with its clients via its mobile app.