Facebook was invented by Mark Elliot Zuckerberg of Havard University in February 2004. Since invention, Facebook has ‘changed’ the world in many aspects. Today, Facebook is larger than many countries put together and has more than 1 billion users online every month.

Before its invention, the only mediums of communication were email, (a different form of letter writing), Orkut which was good but to a certain limit, sometimes hanging out with close friends and relatives. This situation has since changed and now the world is interconnected with the World Wide Web. In fact, there have literally been revolutions which were planned on Facebook.

With Facebook, all one needs is an account which after login, you are connected with people in different geographical locations all at the same time. Again, with its marketing mix of four variables i.e. Price, Product, Place and Promotion, Facebook has a defined and fulfilled target audience with whom the company’s objective has been achieved. Facebook has a lot of social media competitors. Some of them include;

Its four p’s of marketing that has facilitated efficiency in reaching the target market are as below;

As a social media, Facebook is basically known for social networking. This marketing component identifies it to the target market. The basic Facebook service products can, therefore, be identified as;

With these services, more people are attracted depending on their social nature. Facebook, therefore, utilises the popularity of social media services for display advertising. The more the social networking website is accessed by more people, the more the display advertising service gains more traffic. This, therefore, indicates that Facebook’s marketing mix is solely dependent on the number of users of its online platform.

Facebook is an online technology firm. This, therefore, means that its services are provided primarily via the internet. The distribution channels through which its products are provided include;

Facebook’s social media services are provided via its websites i.e. Instagram and Facebook. The same services can also be accessed through corresponding mobile phone applications. The same websites and applications are utilised by advertisers for various advertising services and relevant data. Facebook, therefore, uses digital technologies for not only efficient but also reliable and effective worldwide access to its products.

For its online display advertising, Facebook employs different pricing strategies as below;

With pay-what-you-want strategy, Facebook lets advertisers decide on the amount to pay in addition to the set minimum price.

Alternatively, with market-oriented pricing; Facebook prices its display advertising by taking into consideration the competitors’ prices which are typically applied per click or per view.

The two types of pricing bring flexibility which as a factor attracts lots and lots of advertisers to the Facebook’s platform. 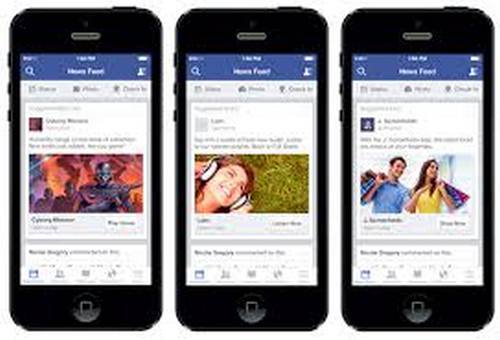 For more memberships and sign ups to a Facebook platform, Facebook Embraces promotions to create global awareness of its products. In addition to proper marketing and communication to target customers, Facebook considers the below promotional activities.

Of the above, Viral Marketing is regarded as the most important and it involves word of mouth. I.e. new users sign up to the platform because of persuasion from close friends. In fact, viral marketing has been considered a very critical form of promotion globally.

Direct marketing is another successful form of promotion. I.e. a firm can directly recommend an advertising campaign to Facebook page owners. This act will, however, involve showing a sample to page owners so as to pay Facebook for display advertising on its mobile phone applications and social media platforms