Home » MANAGEMENT » What is the Stakeholder Theory Strategy ?

Stakeholder Theory is a theory of management that concerns itself with matters related to morals and ethics in running a business. Ian Mitroff, in his 1983 book “Stakeholders of the Organizational Mind,” originally laid out the concept. R. Edward Freeman’s book “Strategic Management: A Stakeholder Approach” points out the groups which are the stakeholders of an organization. Stakeholder theory suggests that a business must seek to maximize value for its stakeholders.

It emphasizes the interconnections between business and all those who have a stake in it, namely customers, employees, suppliers, investors and the community. The business to serve the needs of the stakeholders, and not just the shareholders. Freeman’s can best serve the interests of the stakeholders. Since increasing the wealth of shareholders is not a sustainable goal for businesses in general, many theorists have taken an interest in Stakeholder theory since its rise in the 1980s’.

Who is a stakeholders theory ?

Milton Friedman declared that a business must it serve the interests of the shareholders, but this excessively capitalistic view is discarded by the proponents of Stakeholder theory. Managers who wish for their organization to reach its fullest potential will take the interests of the stakeholders into account and studies on how businesses, managers, and stakeholders interact with each other come into being.

Other bodies that are considered stakeholders include the media, the government, political groups, trade associations and trade unions. All of these are linked to business organizations and can affect and are affected by them in turn. The firm has a responsibility to consider their interests as well, and not just the monetary interests of the owners of the firm.

Also Read  What is Organisational Assessment?

One version of Stakeholder theory tries to identify the stakeholders of a firm. This is the normative theory of stakeholder identification. Then it studies the conditions under which the manager acknowledges these persons or groups as stakeholders.

This is the descriptive theory of stakeholder salience. A stakeholder approach can be useful in that it promotes the study of how the firm functions as part of its larger environment and how its general procedures of operation affect the stakeholders of the firm. Overlooking the interests of stakeholders is unwise and unethical.

It is unethical to prioritize increasing the wealth of the shareholders. But is an ethical company more profitable than a company that focuses on the monetary gain? Is it justifiable to ignore the interests of the stakeholders, regardless of whether it is more profitable in the long run or not?

Stakeholder theory views the corporation as part of a larger social body and not a separate entity. The firm has responsibilities to people and groups other than its owners. It impacts the lives of individuals like customers and especially employees, who are dependent on the firm.

It also impacts groups like governmental bodies, which in turn impacts the country and the citizens. Major corporate bodies have a significant effect on the economy of multiple countries. This affects the lives of people who are not actually connected to the firm in any other way.

In a capitalist society, business organizations are inextricably connected to the general state of the society. The firm must take this fact into account. It would be unethical for a firm to consider the monetary gain of its owners to be its primary responsibility because the firm is part of a community and decisions taken by the firm without considering the needs of the community have the power to negatively impact the community.

Robert Reich has noted that the general view for a while has been that the corporation exists for its shareholders, and as they prospered so would the nation. But this is a view that is relatively recent. It was originally believed that the corporate form could only serve public interests.

Donaldson and Preston have argued that there are three aspects of Stakeholder theory. The descriptive approach describes and explains the features and actions of organizations. This includes the process of management, how managers approach managing and the nature of the organization.

The instrumental approach makes use of empirical data to identify the links between management of stakeholder group’s and the attainment of corporate goals. The core, according to Donaldson and Preston, is the normative approach, which establishes ethical guidelines for the functioning of the corporation. 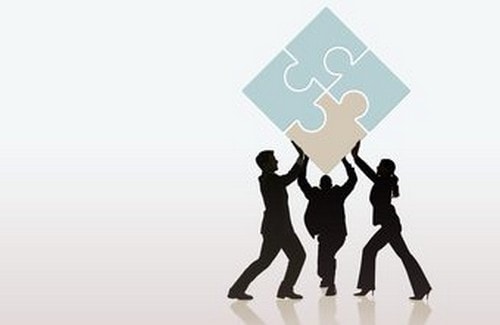 Freeman outlined six principles that should govern the relationship between the stakeholders and the corporation.

Implementation and Pitfalls of the Stakeholders Theory

There are certain flaws where this theory is concerned. If we do consider private ownership as the central tenet of the corporate structure, then how do we deal with the fact that Stakeholder theory does not prioritize the fiduciary relationship between stockholder and organization? Kenneth Goodpaster outlines certain implementations and the resultant pitfalls of Stockholder theory.

This is when the influence of stakeholders who are impacted by a particular choice and are identified as such is taken into account. But the analysis is purely academic. There is no real interest in the stakeholder or the impact on them. The analysis is carried out but no one acts on it.

This occurs when the business organization actually does take the interests of the stakeholders into account. The data on which stakeholders are affected by a particular decision is collected and then acted upon. The opinions held by these stakeholders on the matter is acknowledged and acted upon by the firm. There are two sub-categories here.

Thus, the shareholders remain at the top of the hierarchy. Corporate decisions are made to serve their interests before anyone else’s. It is a departure from the standard stockholder model in that the stakeholders who affect the stockholders are allowed to be a part of the decision-making process. But this excludes some of the stakeholders.

The process is biased. Multi-Fiduciary Stakeholder theory Synthesis occurs when all stakeholders are considered to be fiduciaries in the firm. A fiduciary is someone to whom power or property is entrusted for the benefit of another. Stockholders invest money in a firm and get certain benefits in exchange. But stakeholders do not invest money.

That is the only way to meet all ethical concerns. But there are reservations about treating those who do not invest money in the firm in the same manner as those who do. Ideally speaking, firms should be able to fulfill moral obligations towards stakeholders while recognizing but not prioritizing the fiduciary relationship between stockholder and firm.

Stakeholder theory views the corporate entity as an ecosystem of sorts. As Freeman says, stakeholders are those without whom the organization would not exist. A company cannot survive in the long run if it consistently fails to satisfy its stakeholders. Freeman notes that Stakeholder theory is even more important in the new global economy.

The firm must have a constant awareness of employees, customers, suppliers, competitors and so on. The employees must receive fair working conditions and wages. The suppliers must receive equitable payment but they must also run their own businesses in accordance with moral and ethical guidelines.

The concerns of the government must be met, the media must receive transparency from the corporation as far as is reasonable and the needs of the local community must be taken into account, including paying compensation for any damages to the community or the local environment. Customers should receive goods and services that are up to the mark and not liable to cause them any harm.

Ethics and corporate responsibility should not be separate from each other. This is achievable as long as companies practice Stakeholder theory. It is not a perfect solution, but it is a starting point. Stakeholder theory can ensure accountability and transparency from big businesses and improve customer safety. It is also a route to good public relations. In order for the business to gain and maintain momentum, the manager must ensure that the interests of the stockholders and all the shareholders are aligned.

Thank you for reading our article about stakeholder theory