Being accountable and answerable to more than one supervisor is never liked by the employees. Unity of Command is the one business management theory that resolves this issue.

When it comes to managing a business or a company, some fundamental principles should always be kept in mind. This is what Henri Fayol thought when he came up with the 14 important principles of management.

When we talk about important management theories, unity of command plays the most significant role in channelizing employees in more convenient, motivated, and result-driven manner.

According to the Principle of Unity of Command, there shouldn’t be a group of supervisors for a single subordinate or a single team working for a company.

Don’t get what we are talking about?

Now, for those who want to know a bit more about this theory and what it does to the management of a company, this is the perfect place to be.

Here we are going to have a little discussion about the principle and also look upon the benefits that it has for a business. We will also get to know a bit more about the importance of it.

Introduction to the Unity of Command 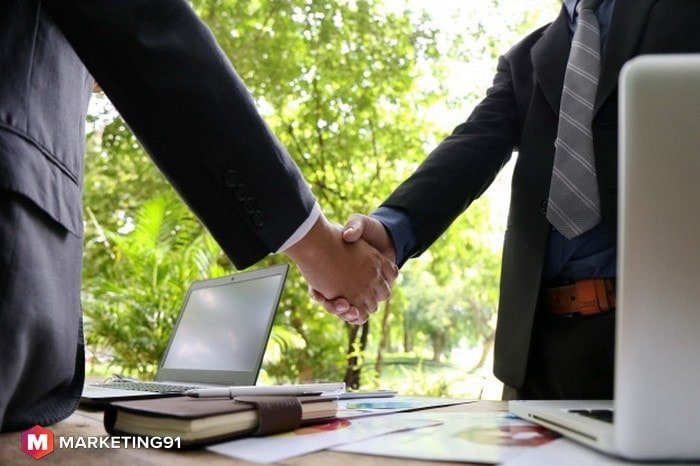 The Unity of Command is one of the 14 principles that came to exist for the proper management of a company and has been popularly used in all of the different organizations of the industries such as healthcare, military, government institutions and so much more.

The main reason why it is so popular among the people these days because it helps in setting a proper line into the management of the business or the company which is one of the most important goals for the companies these days.

Well, according to the principle of Unity of Command, a subordinate should have only one supervisor who will be responsible for all the actions that are taken by the subordinate.

This is because often having a team of supervisors looking after a single team in the company can lead to certain decision clashes, and it is just a waste of talent and effort as well.

So, there should be just one person who will be responsible for the actions of the person working below.

Example of Unity of Command Principle 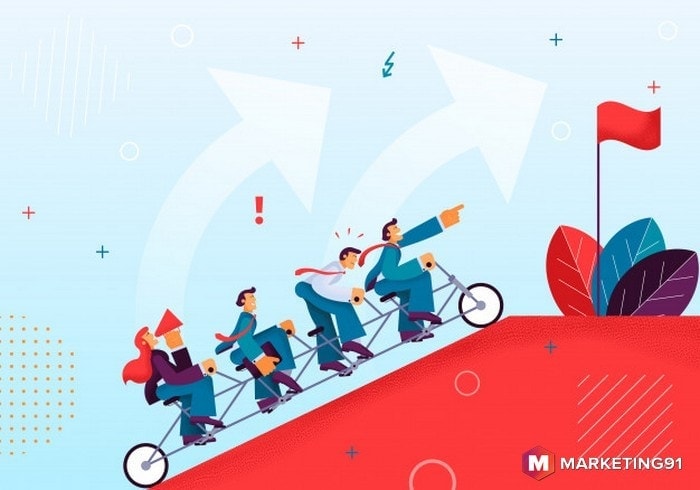 For example, the HR team of a company will have just one supervising head instead of two or three to have an orderly set up in the work atmosphere.

With the help of the Unity of Command principle, there is a proper hierarchy which is set in the company.

Just imagine a scenario where you are the CEO of the technology firm in Silicon Valley.

There might be some board of directors who are responsible for governing the company and the policies that it has as well.

This helps in the strategic planning to. With the unity of command in effect, you don’t have to answer to all the different members who are present on the board. You shall be answerable to just the chairman.

Here is another example which is going to make you understand the concept.

Say you are a simple tech analyst in the same firm. This is a position which is not necessarily on the top of the firm. However, you are only able to answer to the superior that you have.

Also, the superior will be answerable to the manager of the department, and there is no other person above that.

Why Unity of Command is Important for Businesses

The entire concept of the unity of command is a classic management principle which everyone needs to follow. There are some examples of unity of command that you need to know about to have a clear picture of the principle.

This particular principle is applied all over the world in the present time by different organizations starting from military and other government bureaucracies as well as some other companies too.

From small businesses to large corporations, everyone is applying this principle in their work environment, and the results are mostly positive.

If you get to learn all about the unity of command, then it is going to be a great help to you in understanding all about the different organizations and also make you a better manager or an employee.

The basic principle of unity of command states that a particular employee should be responsible to only a single supervisor and then that person is responsible to another supervisor, and there shouldn’t be two different supervisors for a single person.

This is one of the best ways to achieve the perfect form of an organizational hierarchy.

This principle also has its effect if the organization is being run by an entire group of some people. Here we are going to provide an example of the concept so that you can have a better idea of it.

So, that is what unity of command is, and there is simply not a single speck of doubt about the fact that it is one of the most important concepts that organizations need to follow in order to achieve the best results for sure.

Let us now have a look upon some of the key benefits of the unity of command, so you can understand how beneficial it can be for making a hierarchy of your business more productive and motivated-

Benefits of Unity Of Command

Now that you have understood the principle of unity of command, it is now time to get into some other details which might be a little help to you. Here we are going to discuss the importance of the principle and how it is a complete benefit to the organizations.

Here you will get to see why the corporations and organizations need to use this concept if they want to achieve professional and organizational hierarchy in their business. So, we would urge that you look into the post pretty carefully so that there are no doubts that are left behind.

When it comes to the benefits of the unity of command, this is one of the most important ones.

When a company observes this principle in its management, then it helps in achieving some proper relationships with the subordinates as well as the superiors of the company. Since an employee will be answerable to just one person, there will not be any conflicts in authority too.

So, in a way, the Unity of Command principle helps in the establishment of better professional relationships in the company which is really important in order to make sure that the company runs in the best direction of success. 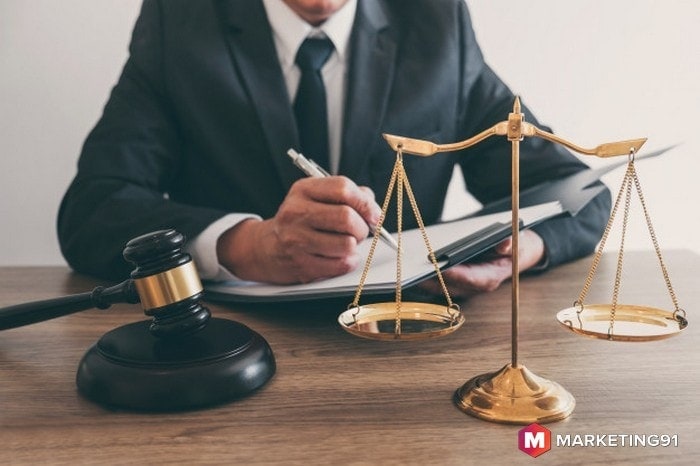 Not just that, but there will also be individual accountability for the actions that are taken by the employees or the teams that work in a different department of the company.

There is just one person beneath the other, and hence the responsibility is properly distributed too.

The unity of command principle also makes sure that there is no duplication of the work.

This is ensured by the people in different levels of the working force which is a part of the company, or the organization and that is certainly one of the most important benefits that the principle has for the company. 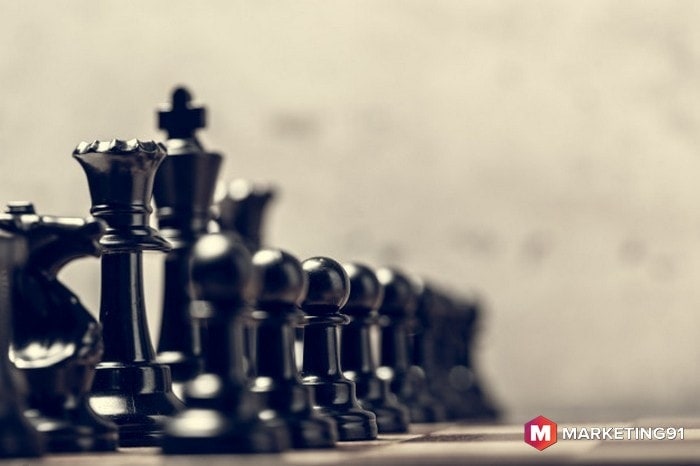 With the help of Unity of Command, the company will be able to make sure that the decisions are taken in the best way because there will be no clashes between the supervisors.

When it comes to the success of the company, the speed in decision making is very important to achieve proper success. With the help of the unity in command principle in the company, the decision-making process becomes a lot simpler since there is no one else to question the authority and hence the decisions are a lot more prompt and quicker.

Within the organization, discipline is one of the most important aspects that one needs to look into. This particular principle helps in establishing the discipline in the best way for the employees as well as the supervisors. 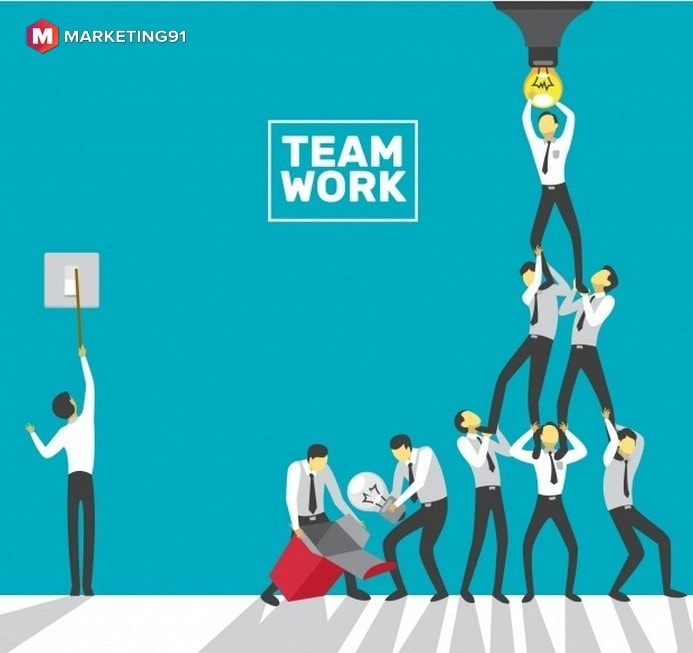 Another one of the main benefits of the principle is that it helps in the betterment of the coordination in the company and along with that it promotes the teamwork too.

With the help of the Unity of Command principle, the managers and the team heads of a company will be able to make faster and more improved decisions because there will be no one else to question their decisions. The only person that they will be answerable to would be their senior, and that will ensure that the business has all the growth and success that it needs for sure.

The unity of command principle also makes sure that the workers and the employees of the company often have a positive attitude towards their work and they don’t have to worry about answering to many people at the same time.

This encourages a kind of positive environment in the company that ultimately ensures more productive outcomes for the companies.

So, these are some of the benefits of the unity of command principle.

How important do you consider the unity of command principle for the success of any company in today’s time? Share your views in the comments section below.