Air Canada is a popular flag carrier and largest airline of Canada that was formed during the year 1937. It provides scheduled and charter air transport to about 207 destinations across the globe.

It is the largest international and domestic airline that services about 200 airports on six major continents. It is the largest airline in Canada and the largest provider of scheduled passenger service in the Canadian airline market.

The fleet of Air Canada offers great comfort, technology, and innovation to their customers. During the year 2017, Air Canada along with its subsidiary Air Canada Express has carried approximately 48 million passengers to various destinations worldwide.

Owing to its popularity, let us see the SWOT analysis of Air Canada.

Strengths in the SWOT analysis of Air Canada

Partnership – Air Canada has a strong business partnership and due to which it carries millions of passengers to across 200 destinations.

Strong aviation network – Air Canada has a robust route network thereby providing access to the main markets. It runs an average of about 1520 flights per day. It has a strong fleet operation with about 202 active aircraft.

Awards & Recognition – Over the years, Air Canada has been a receiver of many prestigious awards. During the year 2016, the airline has been voted as the ‘Best Airline in North America’ by the readers of Global Travel Magazine.

Weaknesses in the SWOT analysis of Air Canada 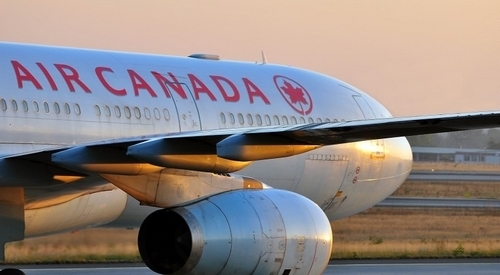 Recession in technology – Early 2018, Air Canada has faced some difficulties in technology. Even though the details of flight cancellation were not reported, few computer issues have shut down the airline’s web and mobile check-ins and the call center operations. There were also some flight delays in some airports. Though it was a temporary issue, it has shown its vulnerability to face technical difficulties.

Aging aircraft – Air Canada is an aging aircraft and it is of major concern. Since it is an old aircraft, the cost involved in maintaining it is high.

Brand affinity – Air Canada’s brand awareness is high, but however, its brand affinity is low and due to which it is a great weakness for the airlines.

US route weakness – Air Canada started to see a dip in the domestic market share to low-cost competitors. Hence it faced further weakness on flights to the United States.

Opportunities in the SWOT analysis of Air Canada

Booming tourism in Canada – Inbound tourism is getting boomed in Canada. There is a record of about 43.7 visitors that includes international and domestic who came to Toronto during the year 2017. This is a great opportunity for Air Canada to penetrate further.

Threats in the SWOT analysis of Air Canada

Government restrictions and legislation – There are a plethora of government rules and regulations that restrict the entry of this industry. The Canadian Aviation act governs the service and parts of aircraft and operations as well.