Air France is a subsidiary of Air France-KLM Group and is headquartered in Tremblay-en-France. It was founded in the year1933, together with KLM which was one of the world’s largest air carriers by revenue and passenger transported.

The airlines operates worldwide through cargo and passenger services to 314 destination in 116 countries. It has around 3600 pilots and 25,000 ground staff working together and in 2017 it carried 98.7 million passengers. The airlines puts the customers in the core of its strategies and is consistently recognized with awards in a variety of fields

Strengths in the SWOT analysis of Air France 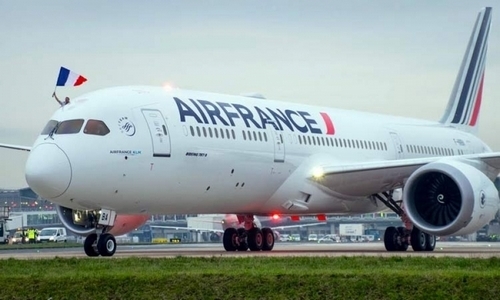 The airlines has used technology to provide excellent customer service to its customers. It has a mobile app and well-designed website which are available in 9 languages and all the services are provided through them. It has leveraged the power of going digital.

During the flights the passenger can exchange emails with friends or other customers and can enjoy expanded version of inflight entertainment and also food ordering can be done through the app. The airlines provides its customers with luxurious flying experience with new and comfortable cabin experiences. It also has special Airport lounges for its customers worldwide and good use of technology to ease the travel experience.

The CDG (Paris CDG) and AMS (Amsterdam Schiphol) both are listed in Europe’s top 5 airports by total seat numbers. The airline has leading share in both of the airports. Air France uses hub and spoke model for its operations and has developed expertise for integrated twin hub systems. Both the airports offers well-coordinated schedules and provides good strategic advantage to the airlines

Air France has recently launched Joon which is a new low cost subsidiary. It has targeted the younger customers and has been positioned to appeal to the millennials. The use of technology has allowed the customer to create tailor-made journey which enhances the customer experiences.

The main strategy of Joon is its focus on the Artificial Intelligence and onboard connectivity. The company is working on customer intimacy strategy by increasing interaction between the customer and company and uses AI enabled chat bots and is also working on e-tags and baggage tracking solutions.

Weaknesses in the SWOT analysis of Air France

The airlines is facing strong competition from LCC airlines and also the decreasing customer preferences to travel by train and other form of transport such as carpooling etc. It faces growing competition for traffic flows between the Asia Pacific region and Europe from the global super-connecters known as the Gulf Three: Qatar Airways, Emirates & Etihad and also the Turkish airlines. One way Air France can compact such competition is through joint-venture with the local airline partners. The other competitors include British airways, Virgin Atlantic and United Airlines.

Lufthansa generates $8.7B more revenue than Air France-KLM and Delta airlines generates 163% the revenue of Air France-KLM. During the passenger offset seasons, to provide steady cash flows for the operations of Air France sold its catering operations and also cut its cargo capacity, miss-steps like this explains why company lags behind its competitors

The airlines is suffering from high operation cost, strategic blunders and also toxic relations with the labor. The Airlines recently announced decrease in its flights from Paris to Tehran after switching its operation to its subsidiary Joon.

Even though Air France is region’s largest carrier by passenger-miles it still lags behind its competitors Lufthansa and International Airlines Group (IAG) and Air France generates one-third the cash flow of them. Joon the millennial friendly no-frills carrier provides virtual-reality headsets and craft beer to its customers, however it is causing brand and operational confusion to the airlines thus Air France needs to have independent, unified LCC.

The strike by Air France pilots had negative impact on the airline’s operating result and thus resulting in loss. The airlines had planned to develop the group’s low-cost subsidiary Transavia in France but due to the conflicts, management had to drop the plans of the scheduled launch events. The agreement with the pilots would allow the launch but would limit Transavia, France to grow its fleet to 40 aircraft. Since the entire power was given to the pilots the airlines had to limit its strategic vision

Opportunities in the SWOT analysis of Air France 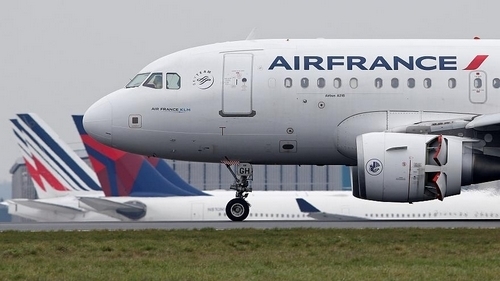 1) Business can be returned to profit

The short/medium haul point to point business continues to be making loss of the airlines. The largest share of the losses come from Air France’s regional base in France.

To compete against the LCC, Air France is being projected as value for money brand. The airline has been targeting break-even for the short/medium haul point to point network. The airlines has been improving its network and reducing them,also cutting costs and reorganizing its operating structure.

The company has significant network from Europe to Asia Pacific and its biggest region is China. However it is facing tough competition from the Gulf Three( Etihad, Qatar Airways and Emirates). The joint venture with Chinese partners like China Eastern and China Southern will provide good strategic advantage to the company. Further partnerships like this will help Air France-KLM grow its profits and traffic in China.

One of the main reason for poor profitability of Air France is that its unit costs are high compared to the unit revenue it has been generating. The highly competitive nature of the airline industry makes it difficult to depend on unit revenue growth. Sir France’s Perform 2020 plan aims at reduction of unit cost and make no expectations of the unit revenue growth. The airline needs to cut cost, run Air France’s and KLM’s unit separately and integrate strategies to defend its Paris hub.

Threats in the SWOT analysis of Air France

With the introduction of Transavia, Air France is growing its presence in the LCC segment of the market. However the operations are limited to the fancy destinations in Mediterranean and Europe from France. The other European-LCCs are pan-European operations and have growing portfolio of business operations and thus are more profitable compared to Transavia. The growing LCC competition is a major threat to Air France’s subsidiary. Air Frace, seems to be locked in perpetual conflict with the employees and the company must cut cost in order to compete with the increasing strength of discount flyers like EasyJet Plc. and Ryanair Holdings.

The airline has been struggling with exploding fuel prices and higher wages. The company’s profits in second quarter of 2018 fell by €167 million as the company was struck by higher oil price, currency effects and strikes. The recent strike that lasted 12 days cost 260m in the quarter. Air France revenue affected the entire revenue however better performances by Transavia and KLM helped the group counter fewer passenger at Air France. Persistent high fuel cost has been affecting the profits of Air France.

The airlines like Qatar, Etihad and Emirates are considered as the “Excellence’ airlines by the customers. To make things more tough for Air France the LCC airlines like WOW air, French Bee  are entering the long haul market from Paris. Air France is not able to defend its share against the LCC competitiors. As the long haul cost competitors grows, it will even harder for Air France to defend its position of the subsidiary Joon which operates both medium haul and long and does not set out to be a LCC.