Just like BSNL or MTNL are in India, China Mobile is the government controlled telecom company in China. It is operated by the government and is majorly for public service. China mobile was initially known as China telecom, but by 1999 it was re founded as China Mobile. Here is the SWOT analysis of China Mobile.

Strengths in the SWOT Analysis of China Mobile :

Brand Value: China Mobile stands at rank 9th in the world in terms of brand value according to the report of Brand Directory. It gained two places in 2016 from rank 11th in 2015. Its brand value stands at $49.81 bn.

Telecoms: China Mobile stands at rank 3 in the world in terms of brand value in the telecoms sector. 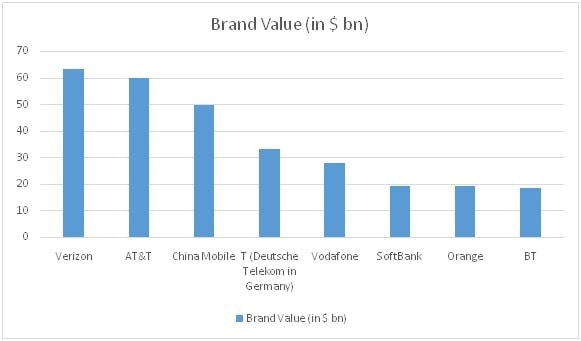 Acquisitions: They have undergone many acquisitions of other companies to sustain a series of growth and keep delivering high revenues. They have acquired Jiangsu Mobile in 1997, Fujian Mobile, Henan Mobile, Hainan Mobile in 1999 and Beijing Mobile, Shanghai mobile, Tianjin Mobile and Hebei Mobile in 2000.

Market Share: It operates in China, Hong Kong and Pakistan. It controls around 67.5% of market share in China alone. The population of China and China mobile’s domination in that population is the reason that the brand is one of the most valued ones across the world.

Revenue: They have had a steady increase in their revenues as can be seen from the graph below. 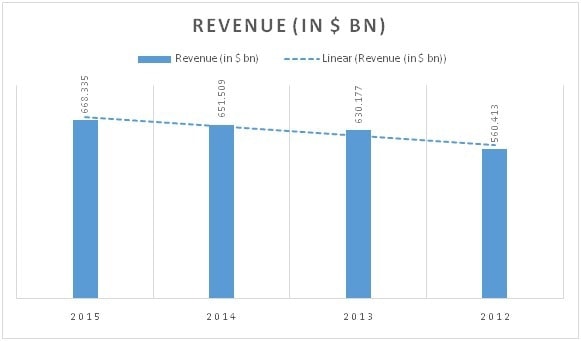 Government support: China is one of the fastest growing countries in the world. So if the government of such a country supports you and is the reason behind your existence, then China mobile can be satisfied that it need not fear any major competitive impact.

Weaknesses in the SWOT Analysis of China Mobile :

The decrease in net profit : China mobile is doing the necessary turnover but the net profit has steadily declined over a period of time mainly because of overheads.

R&D: They have lagged behind to compete with the world toe-to-toe. They had problems with 3G and when they had was inferior to their competitors. Lack of competition is one of the major reason for the complacency.

Confined Market: They operate mainly in China, Honk Kong and Pakistan. They need to diversify their portfolio to sustain long-term growth.

External environment: China government controls the operations of the company which leads to problems and issues. The incompetence in decision making is a serious issue faced by the company. 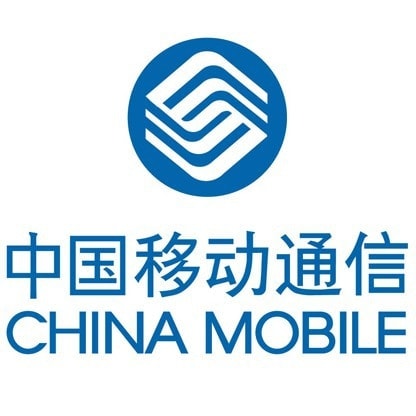 Opportunities in the SWOT Analysis of China Mobile :

China growth rate: With the huge market that China has to offer and at the pace it is growing company can expect high revenues in the near future as well.

Emerging Markets: Countries with growing telecom demand are lucrative markets for China Mobile. Countries like India where already there is a telecom war is a big market.

Rural Markets: Rural market of China is not completely developed. It is a huge potential for the company. Similarly, rural markets of emerging economies is also a good option.

Mergers and Acquisitions: They can create an international presence with M&A with the local or regional players.

Threats in the SWOT Analysis of China Mobile :

Competition: The competition is tense in this sector mainly because of the price wars for gaining market share. China Mobile has a major market

Channel Allocation: Due to increasing in customers and low availability of channel it becomes extremely difficult to provide good and seamless service to the customers. This results in call drops and cross talks.

Low-Value Customers: With many customers, there will be more low-value customers.

Price Sensitive Customers: Customers are not loyal in this sector. Whoever is offering services at a lower price will take away the market share.