Fortune magazine, a financial magazine with worldwide acclaims, publishes the most prestigious list of the largest and the most successful corporations of the world every year. These 500 companies taken together account for some staggering financial statistics such as together they make up for two-thirds of the U.S. GDP,  revenues of $12 trillion, profits of $890 billion, and 28.2 million people working for them worldwide.

How do you think they have reached such astounding heights? It’s the result of consistent and stellar performance for over many years; for some, this period spans over a century. So, where would this performance stem from? Yes, it stems from steady, unfailing application of some sound management principles and practices of posdcorb. We will discuss POSDCORB principles in detail here.

This is the most celebrated acronym coined by management theorists Luther Gulick and Lyndall Urwick in their management paper ‘Notes on the Theory of Organization’ published in 1937. Luther Gulick defines PODSCORB as all any chief executive has to do. According to him, this acronym sums up the entire gamut of duties for any manager who is at the helm of affairs in any organization.

The full form of POSDCORB is planning, Organising, Staffing, Directing, Coordinating, Reporting, and Budgeting.  Gulick attributed his development of this concept to eminent French Management Theorist Henry Fayol’s 14 principles and 5 elements of management. POSDCORB has been a widely popular and most referred to the concept in the management and administration of various entities and is still relevant after more than 80 years of its promulgation.

What are the tenet of POSDCORB?

The core tenet of POSDCORB, as laid by Luther Gulick, says that any chief executive seeking to exercise control over the affairs of any organization can do so through following a fixed set of these steps: 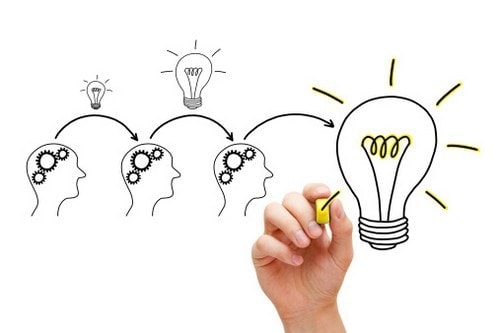 Planning is the hallmark of intelligent behavior. An organization, in order to reach its goals, must first set them and set them right. It is deciding the direction in which all the efforts and all the manpower of the organization will be directed over a fixed tenure of time in order to strive for a predetermined outcome. This outcome must be challenging enough to motivate but not daunting so as to scare and frustrate the workforce.

E.g. In ABC Ltd., a toy manufacturing company, the plans for the next financial year are set at a meeting of all the departments such as marketing, purchase & procurement, design & engineering,  manufacturing & operations, and IT at an annual conference. Here, the Chairman or Managing Director will present his vision for the upcoming year. After deliberation and discussion upon it, the final vision with concrete milestones such as 25% growth in sales, 12% growth in EBITDA (Earnings before Interest, Tax, and Depreciation), cutting down costs of distribution by 5% etc. will be accepted by all the departmental heads and managers.

Here, the manager has been advised to arrange for all the necessary resources i.e. raw materials, monetary resources, human resources, and technology as well as the managerial expertise to help achieve the goals set under planning process.

Here, Luther Gulick warns against some practical problems that may arise while deciding upon the procedures that would be followed to carry out the plans. Here, he says that division of work amongst the workers and specialization is required to ensure efficiency. However, certain problems may arise due to the division of work:

In order to overcome these problems, POSDCORB theory suggests that the division of labor and organization of their duties should be done by working out an optimum mix between purpose, process, clientele served or materials used and job location.

E.g.  In the above-mentioned example, ABC Ltd. will then source necessary raw materials, buy new delivery trucks or outsource delivery function altogether to a transport corporation in order to cut down distribution costs. It would also invest in new designs in order to boost sales. Here, all the departmental heads will have reshuffle their internal goals and procedures in achieving the bigger, organizational targets.

This principle signifies the importance of human resource for any organization. It outlines the procedures such as recruitment, training and retaining the right kind of employees for the specific jobs. It also involves preparing them for their roles in the organization.

E.g. ABC Ltd. will recruit new designers to introduce in the markets or it will have to retrench its delivery staff if it’s zeroing in on the outsourcing of distribution mechanism.

Here, after the plans have been laid out; necessary materials been sorted and employees hired to perform the jobs; the manager has to direct their efforts towards the ultimate goals of the organization by dividing those ultimate strategic goals into small, workable, time-bound targets. He has to perform the role of mentor and motivator as in telling them how to do their jobs in the best possible manner and encouraging them to perform better by overcoming the challenges.

E.g. The new designer will need some time to adjust to the organizational culture and understand what’s expected of her. Hence, the Head of Design and Engineering department will constantly guide her and solve her problems so that she can start contributing to the visions of the company. 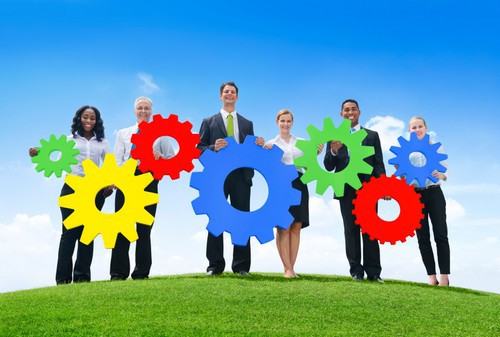 Here, the Chief Manager would have to take steps to coordinate the efforts by various departments so as to ensure that they are moving in tandem with each other. If one department moves out of sync, the efforts of all the departments will collapse.

For this, the manager has to arrange for the following two things:

E.g. A quarterly meeting of production, sales and design department would achieve the objective of coordination between their efforts and if required, they will redesign some of their initiatives such as revising the design that has been able to get only a lukewarm response in the market or pumping up production in order to capitalize on robust demand for toys.

Reporting refers to keeping the channels of communication open both the ways throughout the organization. This helps in reporting the progress of the work to the superior authorities and lets them make modifications to the plan if required. Similarly, all the essential exchange of information such as problems of employees, new regulations, appreciation etc. can be easily shared with the concerned parties thin very less time and minimal distortions.

E.g. There will be weekly or bi-weekly meetings held in each of the departments where the progress of the period will be reported to and discussed with the departmental head.

Finance is the lifeblood of any organization. Appropriate and consistent account of every penny spent is crucial for the survival and prosperity of any organization. Resources – man, money, material and time – should be allocated to each and every work center or project in advance and the employees responsible should be held accountable for their stipulated usage. This is necessary to gauge the estimates for any such future requirements and also to investigate any source of mistake or fraud.

E.g. Continuing the same example, in ABC Ltd. there is separate department named as ‘Budgeting and Controlling’ that will frame the budgets and allocations for all the departments after the departmental heads have submitted their goals for the year and requirements in terms of money, human resource, materials, and technology.

What are the underlying principles or assumptions of POSDCORB?

POSDCORD focuses on two assumptions which are central to its administrative management framework, POSDCORB focuses especially in the area of Organisation and Coordination:

For smooth functioning of the organization, POSDCORB prescribes that there has to be a unity of command down the hierarchical levels amongst the employees. This means a single employee must receive his commands from one and only one manager. Different reporting authorities sometimes may confuse the employee.

3. The distinction between line and staff functions

POSDCORB recommends delineation between the ‘Line’ and ‘Staff’ functions in an organization. This means that there can be a holding company for carrying out higher order tasks such as planning, organizing, and budgeting; and the subsidiaries will execute these plans according to the mandate from the holding companies.

POSDCORB has been a very effective and concrete theory in administration and management elucidating very clearly the roles and duties of any chief manager. However, POSDCORB has also been facing some criticising remarks on the following grounds:

A major criticism against POSDCORB is that it is too simple a theory – a mere list – of some of the duties of the higher managing authorities. Many of the functions listed in POSDCORB have already been delegated to various departmental managements under modern management practices.

The assumption of Unity of Command also seems out of context as it is a common occurrence to have more than one reporting authorities in today’s complex organizational systems. Many times, the critical insight received from more than one line managers enhances the performance of the employee.

POSDCORB as a theory is overly fixated on a routine set of duties that are administrative and mechanical in nature. POSDCORB ignores the vital area where any chief manager can actually make the significant contribution to the organization. This area is Leadership skills. Being a visionary, the leader has the capability to think something different than routine managerial functions and led the organization towards uncharted territories successfully. POSDCORB doesn’t focus on leadership skills at all.

However, despite the criticism, a unanimous voice of consent and appreciation rings in favor of POSDCORB as being a much-needed framework that has laid the foundation of modern managerial POSDCORB practices.