With the evolving times, the demands of customers are also evolving. Therefore, companies are required to adopt different strategies to serve their customers better. In addition to customers’ requirements, several other factors affect the way companies operate. A merger is one of the methods adopted by companies to deal with changes in the marketing environment and demand of customers.

In this article, you will learn about what is mergers, the definition of the merger, different types of mergers and a few examples of mergers.

What is a Merger?

A merger is when two existing companies come together to form a new company. There are several reasons for which two companies merge to become one company. The most common reasons for merger is to lower the cost of production, innovation, expand the reach of the company, launch new products or services, explore new market segments, and to gain market shares, etc.

The two companies can merge when both companies are of the same size in the form of the number of customers, the size of the business, and the scale of operations, etc. However, the merger is different from the acquisition. In an acquisition, one company makes efforts to acquire the other company. Usually, companies of more substantial size buy smaller companies. On the other hand, the merger is a voluntary process of becoming one company of two companies of equal size. 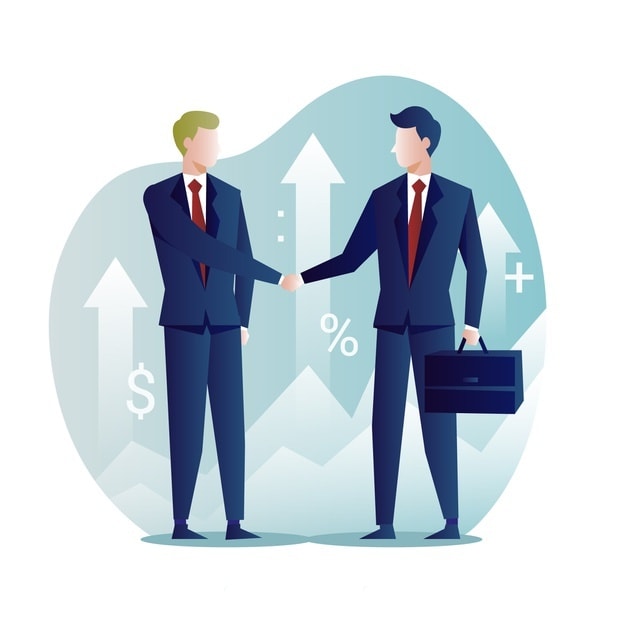 A merger can be defined as amalgamation of two individual companies of the same size to become one entity or one company so that they can perform business operations together. 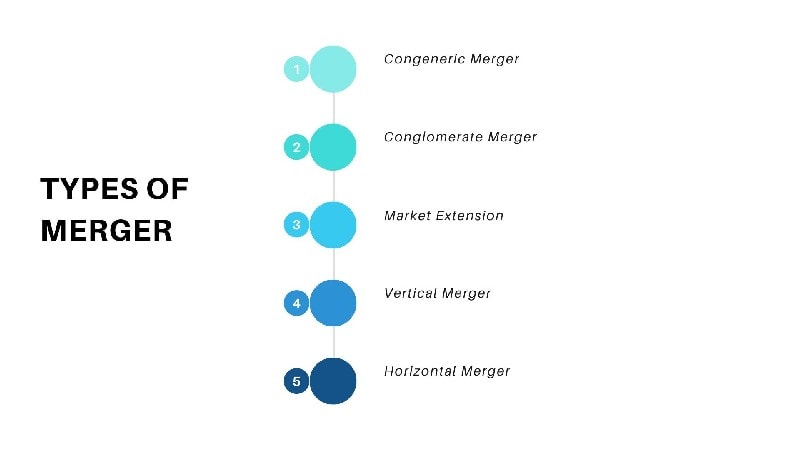 The following are the different types of mergers that take place between two companies.

A conglomerate merger takes place only when two companies don’t have any overlapping factors but comes together by keeping in mind the benefit of shareholders of the company. For example, luxury goods provider Louis Vuitton merged with Moet and Chandon.

Another example of a conglomerate merger is the merger between the Walt Disney Company and the American broadcasting company.

A market extension is a type of merger in which two companies that sell the same products but are part of different markets.

The companies that opt for market extension merger have attention to gain access over more significant market segments and to obtain more massive customer bases.

A vertical merger is a type of merger in which a merger takes place between two companies where one company provides parts and services for the production of the products of another company. That means a merger takes place between two companies that operate in the same industry but at different levels. For example, when a company merges with its suppliers of raw material to produce its products.

The following are the famous examples of the merger of all time. Let us learn about them one by one.

1. The merger of Vodafone and Mannesmann

The merger between Vodafone and Mannesmann is one of the largest mergers that took place in the year 2000. The merger was worth over 180 billion dollars. Vodafone became the largest mobile operator in the world by acquiring German company Mannesmann.

The merger between the two companies played a crucial role in the popularity of mobile phones. It is also one of the most expensive mergers between two companies as Vodafone had to pay a fortune to acquire the German company as most Germans were against the deal.

2. The merger between Exxon and Mobil