Zomato is an online restaurant search & discovery service provider that was founded by Pankaj Chaddah and his accomplice Deepinder Goyal in the year 2008. The firm has grown within a short time to become present in about 23 countries by now. Formerly known as Foodiebay, the company was renamed to Zomato in 2010 after which Smartphone applications were introduced in 2011.

Product in the Marketing Mix of Zomato :

Zomato provides its users with restaurant search information and reviews that will enable one to make an informed decision in regard to the choice of restaurant. Menu images are offered to customers, especially for those restaurants that aren’t running their own websites.

Their slogan “Never have a bad meal” has truly been proven right by the company’s ability to help its users secure the right restaurants for their needs. In general, their services include POS Systems, Restaurant Search & Discovery, Whitelabel Apps, Table Reservations & Management and online ordering services. The company lists at least 1.5 million restaurants across the almost 25 countries where it is present

Price in the Marketing Mix of Zomato :

Event ticketing is where tickets for special events are sold through the site basically for large scale events or parties.  Restaurant booking or online ordering is charged at between 7.5% and 15% of the sales depending on the priority category of the restaurant.

Place in the Marketing Mix of Zomato :

Zomato is an online search site that can be accessed by native users of Windows Phones, Universal Windows Platform i.e. Windows 10 and Windows 10 Mobile, Android users, iOS, and watchOS. It is currently available for use in about 23 countries including India, Canada, Chile, Malaysia, United Arab Emirates, New Zealand, Lebanon, the United Kingdom, Ireland, Czech Republic, Italy, Sri Lanka, Poland, Turkey, Slovakia, Portugal, Qatar, South Africa, the USA as well as Australia among others.

Promotions in the Marketing Mix of Zomato : 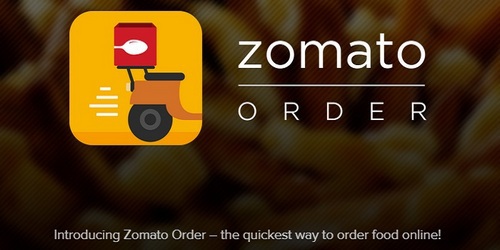 Such products have been credited for offering pure entertainment. In other words, images are important promotion features. However, one is not just to pick any image but the right one. On Zomato, you will not come across one image that doesn’t make you smile. It is because of this that I will keep waiting for them to post something new.

Zomato’s content is also always fresh, with the old message being delivered with unique approaches. Zomato has thus more than just preached about being unique but has also proven so.

The company has invested vastly on SEO and SME’s. The use of the social media to promote Zomato has also played an important role in making the company popular. Their posts on social media are always just some simple industry jargons that help attract the different audience segments. All their posts and promotions prove that the company always sticks to the niche and also understands exactly who it is catering to.