The Santander Group is of Spanish origin and is simply referred to as Santander. It is a publicly traded company that is associated with the banking industry and deals in financial services. Santander was founded in the year 1857 and by the year 2016, May it was ranked at 37th position as a biggest public limited company in the world by Forbes Global 2000 List. It faces competition from several banking facilities and some of them are as follows-

Product in the Marketing Mix Of Santander :

Santander operates via both B2B and B2C mediums as it deals in Personal Banking and banking with business entities. It offers a complete package of financial and banking solutions to its clients and its diversified product portfolio includes 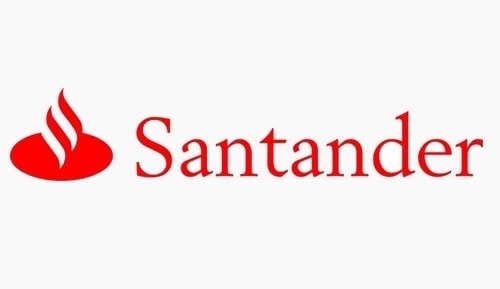 Place in the Marketing Mix Of Santander :

Santander Group started its operations from Santander in Spain and had its headquarters base also over there. With time it extended its operations via acquisitions, subsidiaries and mergers across Asia, North America, Latin America, Africa and Europe.

Price in the Marketing Mix Of Santander :

Santander has targeted individual investors and large enterprises as its potential customers. By the end of the financial year 2015, its estimated revenues were 10.894 billion euro and profit 1.460 billion euro. Retail banking is the major revenue earner of Santander operations as it generates 74% of its total profits. Santander has adopted long-term and short-term strategies to create and gain value propositions.

Its main objective is to exploit opportunities by strengthening capital so that it can meet administrative perquisites. It endeavours to offer sustainable profits to its shareholders via a dividend policy that pays more in real money and less in shares. The company has adopted reasonable and variable pricing policies that are dependent on a customer and his needs so that a balance can easily be maintained.

Promotion in the Marketing Mix Of Santander :

Santander Group has implemented several promotional policies to gain maximum brand awareness. It has entered into sponsorship deals and became corporate sponsors of Formula One Teams like McLaren and Ferrari along with Recopa Sudamericana, Copa Sudamericana and Copa Libertadores de America. It also sponsors Rory McIlroy, Lewis Hamilton ad Jenson Button to increase its brand visibility. Santander is the title sponsor of British Grand Prix and in the year 2015 entered into a sponsorship deal with Transport for London’s bicycle hire scheme and rebranded its name to Santander Cycles.

Company realises the impact of star power and has appointed Jessica Ennis-Hill, a popular British athlete as its brand ambassador. It has been the recipient of several accolades and awards in recognition of its works. It was awarded by Global Brands Magazine Award the Best Banking Performer, Spain in the year 2016.