Burger King also simply known as BK is a public company founded by Insta – Burger King in the year 1953 on 28 July.  This worldwide chain of restaurants is located globally and deals with fast food hamburgers. It has its headquarters in Miami-Dade Country of Florida in the United States. In 1954, the company ran into some complications and hence was purchased and renamed Burger King. Although the company has changed ownership at least four times from its first purchase, its name still remains the same – Burger king. Some of its key competitors who keep the company on its toes are as follows –

Product in the Marketing mix of Burger king

When Burger king was opened, the first restaurant menu included basic hamburgers, desserts, French fries, milk shakes and soft drinks. Later in the year 1957, it introduced “Whopper Sandwich”  to its previous menu. The hamburger that is of just a quarter pound has become synonymous with the brand name and therefore the new restaurants were even named “Whopper Bars”.

In 1979, a special Sandwich line was introduced and later the breakfast product line was presented. In the later years, Mini Muffins and French toast sticks were added to the menu. With the expansion of various outlets in different regions the menus were somewhat localized to adhere to the regional tastes and religious beliefs.

Fast-food items like Texas Double Whopper, Mushroom sandwiches and Swiss cheese have been rotated in the menu on and off with times. At present bacon cheeseburger, hamburger, coffee, juice, cookies, whopper junior, French fries of medium size, chicken tenders, onion rings, soft drink and a shake are served to the customers. 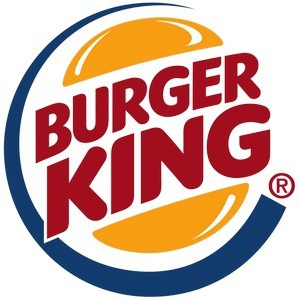 Place in the Marketing mix of Burger king

Presently Burger King has an outlet almost everywhere in the global market. It has its base in nearly seventy-nine countries with an estimated 13000 outlets.  66% of these outlets are in US with 99% of them being operated and owned privately. Its international locations include Europe, Oceania and East- Asian countries like Japan, Singapore, Taiwan and South Korea. It has also recently entered India.

Burger King has divided all its global operations in to three different segments. It has established various subsidiaries and developed alliances that have proven strategically sound and profitable.  In order to maintain its expansion plans the company has been using different franchising options.

The system through which the company operates with its franchises depends on the particular region. Some franchises with regional background are chosen and they are dealt as master franchises.  These master franchises have the responsibility of selling licenses to sub-franchises on the behalf of the main company.

Under an agreement, it is the responsibility of the franchises to make investments in seating arrangements, décor, equipment’s etc, while the land and the building on it is owned or leased by the company. Thus, the distribution network of the company is woven around the main company, its franchises and the outlets.

Price in the Marketing mix of Burger king

Burger king uses competitive pricing because the competition is very high from the likes of McDonalds. Burger King has been closely monitoring and evaluating their pricing policy so that the consumers do not feel burdened by the rates. Besides analyzing the amount, that a customer is willing to pay, the analyst also determines whether their competitors are charging less or more than they are.

As the various customers belong to different income groups so does the price of food items vary from easily accessible to high price range. The price should be high enough so that doubts are not raised about the quality of the products and low enough so that the customers are willing to pay for it. Thus, a combination of competitive pricing and psychological pricing is used by Burger king.

Promotions in the Marketing mix of Burger king

The firm’s promotional strategy is based around the concept of reorganizing and revitalizing its brand at definite periods.  Burger King has periodically overhauled its strategies related to menu, advertisements, new agencies, refurbishment of the outlets and a new concept for the restaurants known as the “BK Whopper Bar”.

Many of its successful campaigns had melodious jingles, which went on to become hits and its slogan “Have It Your Way” has become synonymous with Burger King. Several advertisements are shown on television and print media to popularize the various outlets and food items that have become its specialty.

Burger King has aligned themselves with organizations that sell scratch cards for $1 and the prize is either a food product or a beverage related to BK. It also has its own charitable organizations. The first one is “Have It Your Way Foundation” that focuses on prevention of diseases and removal of hunger from every household. The second is the “McLamore Foundation” that is responsible for providing scholarships to the interested and deserving students. These steps have proved to be an advertisement for the human side of the company and have helped in uplifting and maintaining its brand image.

The key factor in converting customers is also its distribution. Local advertising like hoardings, lollipops, roadside ads and other such methods are used to get the tempo going for local customers so that they regularly visit Burger king. The key to promotions also lies in the fact that Burger king gives more quantity of food at a comparatively lesser price then its competitors. Thus, overall there are many ways that Burger King promotes itself, right from the product design to the ATL and BTL strategies.