Internet phone has become a popular and in-demand gadget because of rapid development and growth in IT sector.  Skype is an application associated with internet industry. It is actually a service provider that enables video, voice and text messages and calls. It was released in the year 2003, August and was created by Janus Friis and Niklas Zennstrom. In the year 2005, September it was acquired by eBay but is currently under the ownership of its parent company Microsoft. Skype faces completion from following

Product in the Marketing Mix Of Skype :

Skype offers services of dual nature voice calling and video chatting. Originally it featured Client-server and Peer-to-peer system but since the year 2012, May it is entirely powered by Microsoft-operated supernodes. Skype has a diversified service and product portfolio that includes following features-

Place in the Marketing Mix Of Skype :

Skype caters to a global market that includes countries like India, Egypt, Argentina, Brazil, Canada, China, France, Germany, Indonesia, Italy, Malaysia, United Kingdom and the United States. It has its headquarters base at Luxembourg. A large part of its development team is located in Tartu and Tallinn in Estonia. Communication is easy via Skype as it uses the microphone for voice calls, webcam for video calls and instant messaging system to send SMS.

Skype has a large customer base with nearly six hundred million users. It is written in Delphi, C++ and C and is available in one hundred and eight languages. Operating System of Skype includes MacOS, windows, Xbox One, HoloLens, Windows Phone, watchOS, iOS, Blackberry, Android and Linux. Skype has a wide distribution network that offers support via support community, web support portal, Skype Facebook page and @skypesupport on Twitter. Direct contact is possible via live chat and email.

Price in the Marketing Mix Of Skype :

Skype has adopted a model of Freemium pricing policy. It offers video and audio messages and calls for free to individuals and groups from one Skype app to another. Skype provides integration of professional collaboration and meetings with office app at a starting price of 120 rupees per month in India.

Calling to international phone numbers costs very less compared to call rates from landlines and mobiles and these calls are charged via a debit-based system called Skype Credit. Skype has implemented a promotional pricing policy and offers several incentives to lure new users and increase its customer base. It provides offers like Skype Unlimited World that includes the first month free calls to landlines and mobiles.

Promotion in the Marketing Mix Of Skype : 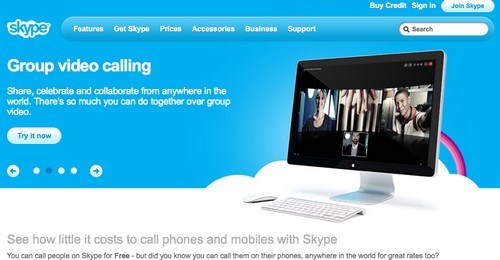 Skype has an apt tagline The whole world can talk for free. It has adopted several marketing policies to create awareness and visibility. Skype has the support of its parent company Microsoft which uses print and social media platforms to gain exposure for its services and products. Skype is also dependent on mouth publicity where a satisfied client is its best advertising tool. It offers vouchers, Skype credit, gift cards and discount options as part of its promotional policy. The free version of Skype is in great demand amongst schools and teachers for education projects.

Also Read  Marketing mix of 7Up