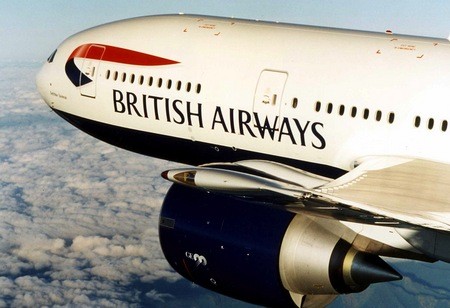 British Airways is the largest airways in the United Kingdom in terms of its fleet size and international destination flights. If it is about carrying passengers, it comes at number second. The airway has its headquarters near the Heathrow Airport in London.

In order to maintain its position as one of the leading Airways it has set and maintained its high standards in terms of services. The company provides twenty-four hour security services to its customers and handles all the situations in a calm and controlled manner. The quality of services rendered has helped British Airways to define themselves as one who provides “Quality flights for all people”.

Product in the Marketing mix of British Airways

The products offered by British Airways are excellent in terms of satisfying the needs and wants of the buyers. It has a fleet size of more than two hundred and ninety five that provide first-rate services to all its patrons. The British Airways tries to satisfy all the requirements of its customers.

Firstly, it provides the flight tickets at a reasonable price to satisfy their want of flying from one destination to another. Secondly, the Airway is connected to some of the busiest airports of the world and it provides excellent scheduled flights to all its destinations. Thirdly, the Airways tends to provide all its customers the best possible in-flight services in terms of comfortable seats that have previously been allocated to them, hot and fresh meals, drinks and even entertainment on board.

The customers can go through the magazines provided by the staff or can choose other form of entertainment like the movie collection, radio channels and even television programs. The British Airways has gone out of its way to deliver some superb support facilities. In order to cater to the needs of different sections of customers it has divided its services in three diverse executive classes. The customers belonging to the gold executive class and the silver class can avail themselves to the executive lounges that are found in almost all the important airports of the world. Here they can spend some quality time relaxing and even eat, shower and visit the airport gym.

Place in the Marketing mix of British airways

Place plays a very important and distinctive role in any marketing strategy. The British Airways recognizes this truth and has always been dedicated towards mergers and liaisons with most of the important destinations of the world. As the base of the company is United Kingdom, it carries on most of the day-to-day activities in and around its operational base.

The company has successfully developed and upgraded infrastructure to conduct safe and proper activities. The British Airways has joined hands with various other airport authorities for carrying out their business activities successfully. They have their own warehouses and sometimes warehouses in coalition with other companies for carrier purposes and for servicing their aircrafts.

Their main channel of distribution of the products is through the call centres, the online websites and the travel agents. The Airways also emphasizes on easy accessibility of all their locations for smooth and fast transactions. British Airways is one of the most popular airlines to fly through six continents of the globe serving nearly one hundred and sixty destinations. This also comprises the six domestic destinations.

Price in the Marketing mix of British Airways

The British Airways has shrewdly kept its pricing policy such that every class of people can avail themselves of its services. They have tried to maintain a policy of pricing that equals to the value provided by the company. The strategy of the company is such that the customers are the decision makers and it is they who decide about the total amount to be spent. A customer can buy a ticket at its base price without any extra value added benefits or can even choose the different services that he requires.

Promotions in the Marketing mix of British airways

Considerable innovation has been put towards creating and maintaining promotional strategies. In order to keep the communicative lines open with all its customers, different strategies have been formed.  A mobile application is created for the special airline customers allowing them to make reservations easily and to get fringe benefits. In order to promote the services of the airlines, the help of the internet has been taken as the techno-savvy customers can save their time while booking tickets through net.

As a part of their promotional strategy, British Airways has been providing special flight tickets at reasonable prices for special occasions. Tickets by the name of “Christmas gift vouchers” are one such scheme where the customers can travel to certain places at very reasonable and discounted prices.

In order to cash the off-season market the company tends to offer discounted prices to its customers. For the promotion of the company and its products and various services, British Airways has taken the help of electronic and print media. Television channels, internet, magazines, billboards are different promotional routes of the company where active and catchy advertisements have helped in maintain as well as creating a customer base.

Sponsoring events has also been a part of their promotional strategy as a healthy awareness about the company and its services can be generated here. Some of the celebrities like Aditya Zutshi and golfer Justin Rose have been part of the company as their brand ambassadors. British Airways has become a synonym for luxurious and reliable airlines that is dedicated to provide safe and prompt travels.