Manchester United is an English football club that plays professional football in the premier League. This successful club was founded in the year 1878 and has its base in Old Trafford. The team has won the maximum number of league titles and has various records to its name like the joint record holder of FA Cups, a record number of twenty titles, league cups and FA Community Shields.

Manchester United has also won other championships like European Cups for three times and once UEFA Cups, Intercontinental Cup, UEFA Super Cup and FIFA Club, World Cup. This football club is ranked third in world in terms of riches and revenues. In 2013, the team was declared at number second in terms of most valuable team for any sports in the world. Some of its competitors in the football arena are as follows 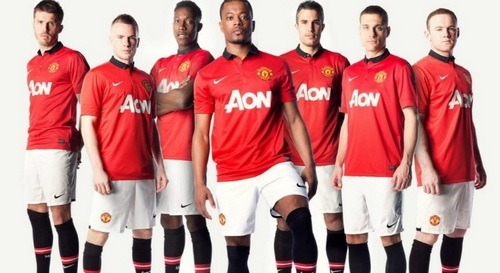 Product in the Marketing mix of Manchester United

The main product of the Manchester United is the team itself. The football players display excellent services to market its product, the team. There are other ingredients also that are included with this product and they are its merchandise. The shirts that depict the team are sold worldwide along with its memorabilia range of products.

It has also tie-ups with other websites who have the authorization to sell the company’s products. The global brand, Manchester United, has made lucrative deals with other companies and sells its own and various other products through its team members and its website.

As long as the team keeps performing, and it has star players, the product will be of high value. Similarly, the various teams in various sports are being marketed as products because of the value that they carry for brands.

In the early years, the Manchester United team played its matches on a field that was located on the North Road.  The crowd capacity over there was of 12,000 spectators. In the year 1893, the club was banned to play at this ground and then they shifted to “Bank Street Ground” that was located in Clayton.

After the temporary closure of this ground in the year1902, a ground for temporary matches was found in “Harpurhey”. In1909, the club shifted to “Old Trafford” and until this date Manchester United plays all its home matches at Old Trafford. It also plays at various other venues around the world. This reputed and most popular team has the record of the maximum number of home attendance from its loyal fans.

Price in the Marketing mix of Manchester United

The most premium club in Football also uses premium pricing only. Manchester United is one of the most famous football teams in the present scenario. The club has made its position clear of premium pricing policy by its upmarket presentation. Its fan following is very loyal and they can pay any amount to watch their favorite team at play.

Therefore, the season tickets are very costly for their games of home league. The company charges first-class prices for the tickets. Likewise, the pricing policies for every product and services of Manchester United are of premium and high quality.

As a team climbs higher in the league table it also results in greater share of television revenues. The popularity of Manchester United has helped the club to generate higher revenues in broadcasting deals.

Promotions in the Marketing mix of Manchester United

Manchester United is a global brand with worldwide recognition. Besides playing football the club and its team has a lot of focus on the commercial aspects of the game. Its commercial strategies revolve around the players and the club. The team members are its best promotional products. The intense phobia about its players like David Beckham has helped the club in generating immense publicity.

Manchester United has also engaged itself in promotional activities jointly with other companies. In the year 1982, the club signed a deal with Sharp Electronics, who became the Shirt sponsor of the club. It has a contract to promote the mobile phones of Vodafone. Through its own official website, it has been selling products like shirts, books and key rings.

The club also has a deal with “Nike”, a sportswear company, who manages the merchandising section of the club. In a latest development, a deal has been signed with General Motors making them the club’s shirt sponsors.

The players of the team such as Wayne Rooney, Ryan Giggs and other legendary players are world renowned and the reason that the club rakes so much money in terms of sponsorship deals.