Kraft Food is an American company that is associated with food and beverage industry. It deals in processing and manufacturing of food items. In the year 2012, a restructuring took place and Kraft Foods Inc was given new name of Mondelez International.

Kraft Food was now focussed on dealing with grocery products for market in North America and Mondelez focussed its energy on international snack and confectionary brands. Earlier it was a public company but later in the year 2015, it merged with Heinz and came to be known as Kraft-Heinz Company. Some of its competitors are as follows-

Product in the Marketing Mix Of Krafts Food :

Meals and Side Dishes

Place in the Marketing Mix Of Krafts Food :

Kraft Food is an American origin company and has spread its presence in most parts of United States. Its headquarters base is at Northfield in Illinois and its European Headquarters base is at Glattpark in Switzerland.  Its international presence has spread to nearly one hundred and seventy countries like United Kingdom, Germany, Australia, India, Bangladesh and Canada. Kraft Food has manufacturing plants in more than seventy global countries and has become one of the largest food companies in the world.

Price in the Marketing Mix Of Krafts Food :

At the end of the financial year 2011, Krafts Food showed its estimated revenues at 54.365 billion dollars and profits at 3.547 billion dollars. The company has made a conscious decision of lowering its cost structure without affecting the quality of a product. It has adopted a reasonable pricing policy for most of its brands and their products because it caters to the consumer market, which is price conscious. Kraft Food has to keep its product prices at a similar range as that of its rival brands to gain competitive advantage. Its prices are affordable and pocket-friendly and hence results in greater sales figures and revenues.

Promotions in the Marketing Mix Of Krafts Food : 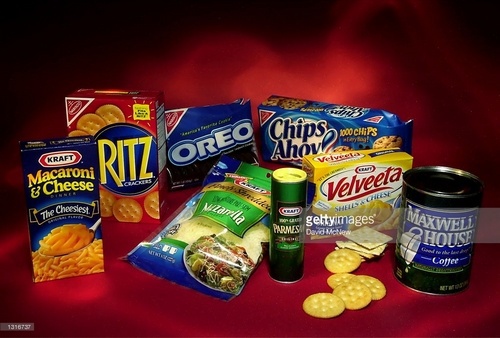 Kraft Food has adopted intensive promotional plans for its brands and product. Even during the starting years, it distributed circulars to advertise its products. It later started national advertising via radio, newspapers and leaflets. Presently it uses every possible means at its disposal to market its products successfully via popular channels in television, magazines and billboards at popular places.