Goibibo is a subsidiary of its parent company Ibibo Group. It is associated with travel and tourism industry and deals in online bookings. It is of Indian origins and has Sanjay Bhasin and Vikalp Sahni as its CEO and CTO respectively. Goibibo has been one of the fastest companies in India in terms of growth as it crossed its previous volume of hotel bookings by an increase of five times in the year 2015. The brand has targeted travellers and internet users as its potential customers. Some of its competitors in market are as follows-

Product in the Marketing Mix Of Goibibo :

Goibibo is a leading travel aggregator whose business transactions are performed online. It is a B2C or business to customer organisation as it likes to deal directly with its customers by providing best transportation and accommodation facilities.

It is the largest booking engine and has been ranked at first position in travel sector through mobile apps. Goibibo offers trusted and fastest experiences to its users in terms of searching the required product, making bookings, making payments, options of cancellation, settlement and refund nature.

It has several products in its kitty and offers online bookings and services including bus tickets, air tickets, hotel accommodations, holiday packages, weekend getaways and city travel guides. Recently Goibibo has launched two vital features to its product kit. Anywhere to Anywhere flight bookings helps in getting best fare options for international destinations to and from any place in the world. Flight Advice is a search engine that helps users in finding results of their personal choice. It includes price options, preferred destination routes or even duration of a flight.

Place in the Marketing Mix Of Goibibo :

Goibibo has spread its presence to every part of India and is accessible through an online portal and through mobile apps. It became a part of its owner group in the year 2009 and has its headquarters base at Gurgaon in India. Goibibo has a network of several offices located in places like Kolkata, Delhi, Mumbai, Bangalore, Delhi and Chennai. Its official website is Goibibo.com and in the year 2015, it went on to partner Google Flight Search making it first OTA of Indian origins.

Goibibo has used innovative and latest technology for integration, travel platform and selling platforms. At its onset company concentrated solely on the domestic front but with time also began to offer hotel and flight bookings in the international market. Goibibo has tie-ups with 400 airlines and has access to 52,000 routes. More than half of its bookings are via mobile apps and done through Mobile-Web, Windows Phones, Android and iOS and the rest through the desktop.

Price in the Marketing Mix Of Goibibo :

Goibibo is an e-commerce company who has positioned itself as a trusted portal offering best services and deals at minimum possible rates. Its business model and pricing strategy is supported on its concept of low-charge of user acquisition. The company has adopted an economic pricing policy and offers air bookings at lowest rates in all e-commerce portals of travel booking. It has a payment gateway PayU that helps in securing its transactions.  As Goibibo faces stiff competition from several rival companies it has adopted competitive pricing policy to maintain its customer base. The type of user response it creates has helped in generating large revenue sources.

Promotions in the Marketing Mix Of Goibibo : 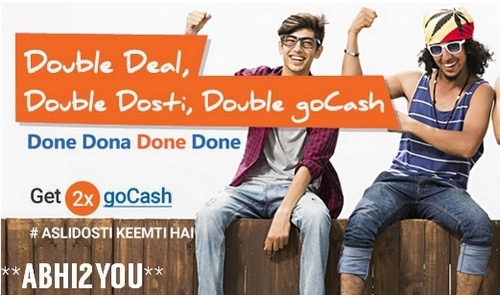 Goibibo has a strong promotional strategy that has helped its company in reaching unimaginable heights in tourism and travel industry. The company relies heavily on its campaigns that are aired on radio, several channels of television through electronic media. It has also taken help of print media and its ads are displayed on hoardings, newspapers and travel magazines. As it is related to online industry its usage of social media platforms is very high and its Facebook page has 1.5 million users.

As part of its marketing plan, it offers various deals and incentives to its customers like rupees 2000 cashback if booked via Goibibo coupons, 60% discount on domestic air-tickets with coupons and discount of Rupees 800 if the coupon code is used. Goibibo has been the recipient of several awards in recent times. It was awarded Best Tech Travel Award by The Economic Times in the year 2015 and India’s Best Website in the year 2014.