Ethics are the moral principles that govern the behavioral inclinations and activities of an individual, society, or organization.

Ethics revolves around the philosophical study of the concepts that discuss what is morally right or morally wrong. For a system, ethics incorporate values, principles, or codes of the different moral rules.

All in all, ethics is the philosophical study of morality while morality is the systematic set of thoughts or belief systems.

Though in contemporary times, ethics and morality are generally used interchangeably, still, the philosophical study of moral principles or moral philosophy is the part of applied ethics. It enlightens human beings to differentiate what is right and wrong in different contexts.

Ethics is a simple system of moral principles as it depicts how people make their own right and wrong decisions. In complex terms, it is a branch of philosophy that utilizes a system of principles to define what is good for individuals and their society.

Ethics talks about which decisions are right for society and individuals, described as moral philosophy.

The word ethics comes from the Greek word ethos that means habit, custom, character, or disposition.

The ethics concepts have stemmed from years of human evolution, one that has been, in its entirety, shaped by cultures, philosophies, and religions.

Being the branch of philosophy and knowledge, ethics is responsible for dealing with moral principles. With time, ethics have infused various debatable topics discussed in society such as professional conduct, human rights, equality, abortion, etc.

Ethics come into play to know-

As ethics is the study of what is morally right or wrong, it is obvious the concepts of applied ethics originated when human beings started to reflect on the morally right ways of living life. So, with the introduction of the first moral codes, ethics concepts came into existence,

Human societies have different theories and stories about the origin of moral philosophy.

All in all, different sources of ethics can be understood as- 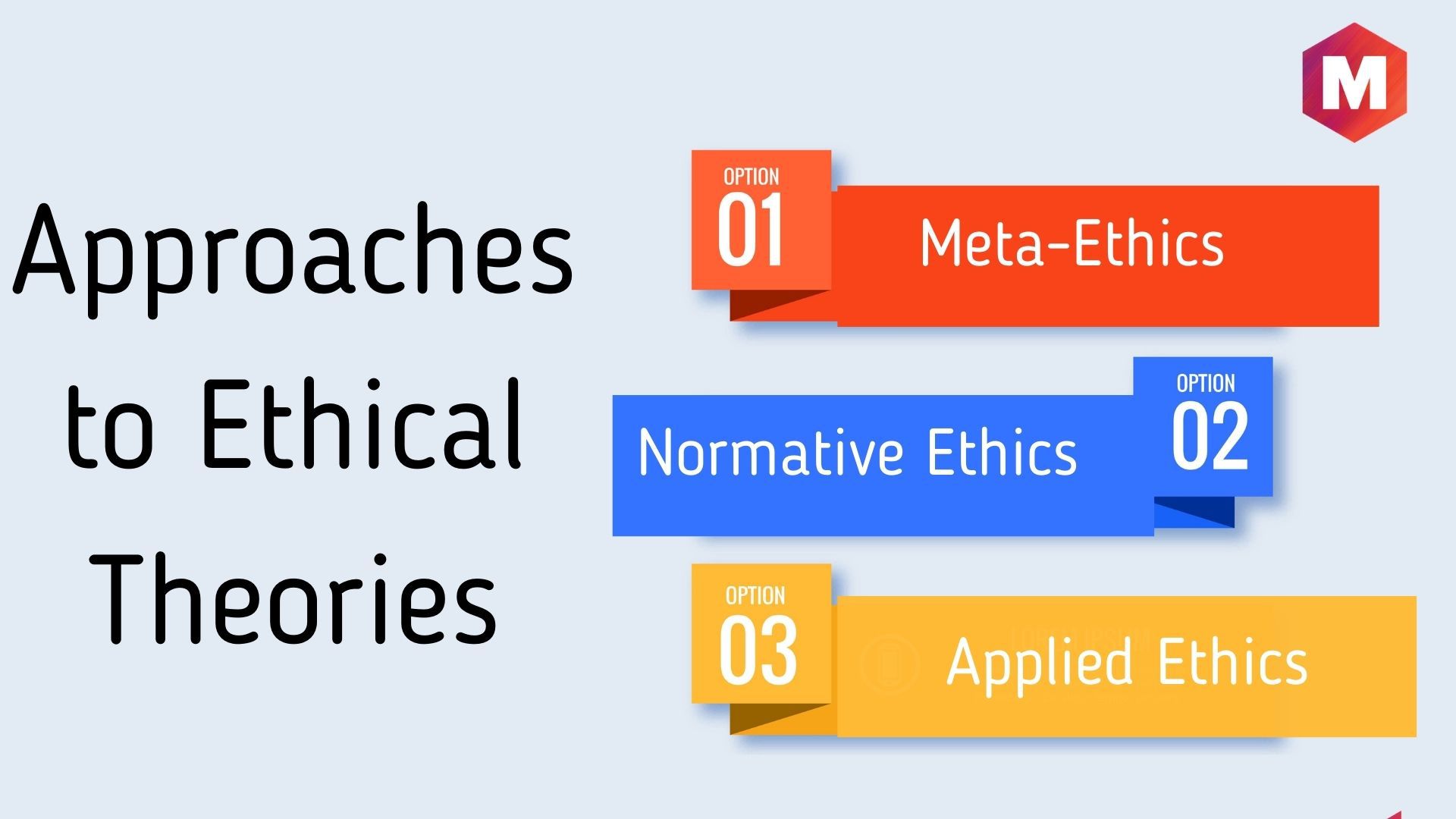 When ethics is concerned, it can be divided into three approaches to set the rules of conduct-

The branch of philosophy associated with meta-ethics gives out the nature of moral judgment which looks at the origins and ethical principles.

When normative ethics is concerned, it talks about the moral judgments’ content with the criteria for what is right and wrong or morally good and bad as per the ethical rules of conduct

Finally, when applied ethics is concerned, it deals with controversial topics such as animal rights, war, and capital punishment.

Why Ethics is Important?

Ethics includes the moral philosophy that decides the way human beings should behave. It is important because it enables someone to differentiate the right and wrong or good and bad.

Human beings follow their gut instinct even if their head suggests a different course of action, and ethics play a hidden role here in channelizing one’s moral principles.

Ethics thinks about moral issues by providing a moral map to decide good and bad or right and wrong.

Some moral issues are a big deal, for instance, say racism, abortion, or even euthanasia. These are some out-of-the-box issues that consist of a situation where we let our brain think while letting our hearts argue.

One way these issues can be tackled is through ethical philosophy, as these ethical theories can help with a plethora of moral judgments and ethical rules that convince us to have a different perspective about human actions on the situation.

Hence, the use of these concepts helps us with clear thinking they can help us pave our way through various issues faced in our lives.

This ethical technique is of good use where various parties are at crossroads in a discussion and disagree with each other.

This is when people are just concerned with their perspective on the situation, with no heed to the other side’s views.

Using ethics can help them cool the argument down and make them come to a common resolve. This might not be promising all the time, but is indeed something one would want to adopt in similar situations.

Ethics optimizes the power of acceptance.

When ethics is concerned, one might consider the use of “ethics” to get the correct answer to every problem. But this is not the case at all. Ethics do not always point in the right direction.

In fact, in places where ethics kick in, people do not find one answer to be the ideal one, it is used as a combination of guidelines and principles that can be undertaken to have clear choices.

On the same note, some philosophers even conclude that ethics are simply the tools that can help clarify any confusion and pave the path towards clarification of the issues faced. Once this is done, the individual must find their conclusions.

If people in dilemma can not figure out the right thing, they will just shift to thinking about the possible right thing that might be existing somewhere.

Most often, there is no single correct answer. There are many right answers or even the least bad ones, and it is entirely up to the individual to make a choice. – Ethics just offers the ability to go through different options to choose the morally right one for you.

In this type of ethics, following the independent rules and duties comes into play.

When you do not follow your duties, you will be considered immoral or unethical.

In this type of ethics system, the focus is given to the consequences of the choices that you make.

While performing an activity, you need to pay heed to the outcomes of those activities.

This type of ethics system is crucial in developing good character traits.

By incorporating virtue ethics, you will be able to have characteristics like generosity and kindness that enable people to make correct ethical choices in life.

Such types of ethics are effective in learning the best ways to break bad habits or vices such as anger or greed of your personality.

Human actions and related thought processes and moral beliefs are related to four different ‘isms’ of the ethical branch of psychology.

And they are- Moral Realism, Subjectivism, Emotivism, and Perceptivism. Let us understand them in detail here and now-

Moral realism revolves around the real objective moral facts or truths. It gives factual information. For instance, a statement- ‘Robbery is bad’ can be converted in the form of a statement of ethical fact, and it can be- “It is wrong to rob.” – This is moral realism.

Subjectivism tells that moral judgments are the statements of one’s feelings or attitudes. Such statements do not have factual truths about goodness or badness. For example, if we take the same statement- ‘Robbery is bad’- it can be converted to “I disapprove of robbery” – This is subjectivism

Emotivism refers that moral claims also include the expression of feelings. So in this case, the statement ‘robbery is bad’ can be said as – “Down with robbery” – This is emotivism

Perceptivism refers that ethical statements are recommendations, instructions, or prohibitions. In this case, the statement- ‘robbery is bad’ can be said as- “Don’t rob people.” – This is prescriptivism

People all around the world rely on solving their social problems using a fixed set of morals or ethics. These, however, appear to be the same for different cultures. It seems that there has to be a similar moral code for everybody.

The unchanging universal moral rules in ethics are moral absolution and moral relativism.

In moral absolution, many people feel that the consequences are relevant to the action, whether good or bad. The word absolution doesn’t get fit for diversity and tradition. While moral relativism says that different cultures or different periods have different moral rules. It makes sense that good refers to things that a particular group of people approves of.

All in all, ethics revolves around the moral philosophy of getting answers to multiple dilemmas in life when it is tough to decide what is right and what is wrong.

How important do you consider ethics in your life? What is your definition of ethics?