Power in management refers to the positional power that comes because of the position of a manager in the organization. Managerial power plays a crucial role in letting things happen in an organizational setup.

What is Power in Management?

The managers, leaders, or managerial authorities’ ability to influence others to get things/tasks done as per the organizational objective is their power.

Influence is one of the key factors in the bases of power that managers use to get some favorable outcomes from organizational members. Successful managers know the right ways of using their ability to influence others to act according to their organizational goals.

Power is loosely defined as the innate ability of people to get their work done through others. With a more significant power presence, a person can get a greater number of things done for themselves.

However, we do have one great saying that has been going on for years now: “With great power comes great responsibility”.

However, there are no moral grounds that threaten the use of greater power by somebody. All human relationships essentially take the primary form of power and take either of the two forms as described below:

The ability to force somebody into something that you command

The ability to encourage somebody into something that you command

Compulsion Vs Influence forms of Power

While compulsion might be more demanding, influence is more effective in comparison. The best way to scale up your power is through an increased influence and earned reputation.

On the other hand, compulsion can be considered a powerful strategy where a majority of people are forced into doing or practicing something against or in the absence of their own will.

However, compulsion power strategy effects are short-lived and eventually result in people disliking the power abused in the long run.

Influence, however, is much more sustainable. This happens without the provocation of the person’s natural will and can keep everything intact and positive if exercised in the right manner.

Nearly all men can stand adversity, but if you want to test a man’s character, give him power.

Power is essentially the use of context manipulation and social influence of objective facts by people; for instance, the results of other’s behavior. The human mind makes use of power in different forms for the progression of humankind. This concept is objectively related in terms of practical assertion and measurement.

Power is psychologically defined as the ability of an entity to gain control of the surrounding environment, which includes all other entities’ behavior. This is considered a reasonable term in terms of social structure and can take both unjust and evil.

However, humans as social beings have accepted the use of power in different forms over their evolution. The use of this concept does not involve the use of force or coercion. This is something everyday speakers of the English language call influence; however, some people distinguish between influence and power.

The Bases of Power in Management

Managers get their power from the organization which is positional power, plus they also get it from themselves as well which is personal power.

Also Read  7 Different Types of Power Leaders can Use

These two powers are also understood as the basis of power.

Sources of Power in Management

The key to successful management lies in using a combination of positional power and personal power. Their combination is understood as the types of powers. They are also called sources of power. Let us go deep into all of these right away-

Here, this is based on a person’s position in a given organization. This can come from the ability to reward or coerce someone using formal authority, or the control of sharing of information.

The use of formal power is based on the hierarchy of the organization.

In different organizations, legitimate power is the structural position of a person that determines the access and use of different power bases. Also known as positional power, this is derived from a person’s position of responsibility in an organization.

For instance, job descriptions take juniors’ and workers’ assistance to give updates to managers and give them the power to give duties to them. An example is the power of position as the Chief Executive Officer (CFO). In terms of rules, it has to be obtained in a legitimate manner to be appropriately exercised.

Expert power is a summation of a person’s expertise, knowledge, or skill-set. This can be a particular domain or area where the person has earned the experience and expertise.

This is rewarded to a person based on acquired personal traits or the required resources. Referent power can be seen in celebrities and film stars as they enjoy immense following amongst the masses.

This type of power is given to a person based on different sanctions, punishments, transfers, and threats that a person can exercise. Coercive power refers to the usage of the threat to make people do what the power holder desires.

This is the exact opposite of coercive power. Here, people agree with others’ wishes and desires who give productive benefits and rewards in return. Reward power uses rewards, training opportunities, money benefits, or perks to influence people.

This is given to people who are having the wanted or required information. This is for a short duration of time, and can’t necessarily build credibility and long-term respect.

This kind of power is gained by a person connected with an influential or well-known personality. This can be significantly improved with efficient networking and gives greater power with every connection one makes.

This is the power that an individual gains with the help of a group. It stems from the leader’s ability to work with social systems and people to gain tremendous support and allegiance from the whole.

This type of power comes from the individual’s international style, aroma, and personality. Such people can win popular support due to their charisma, follower sensitivity, etc., and are willing to go after unconventional methods.

Here is a video by Marketing91 on Power.

In terms of international relations, the balance of power can refer to a group or nation’s policy and posture to protect its interest when opposed by a nation or group of nations by matching its powers to those of the other side.

This first came into effect during World War 1 where the European state system clubbed together to end the Napoleonic era. 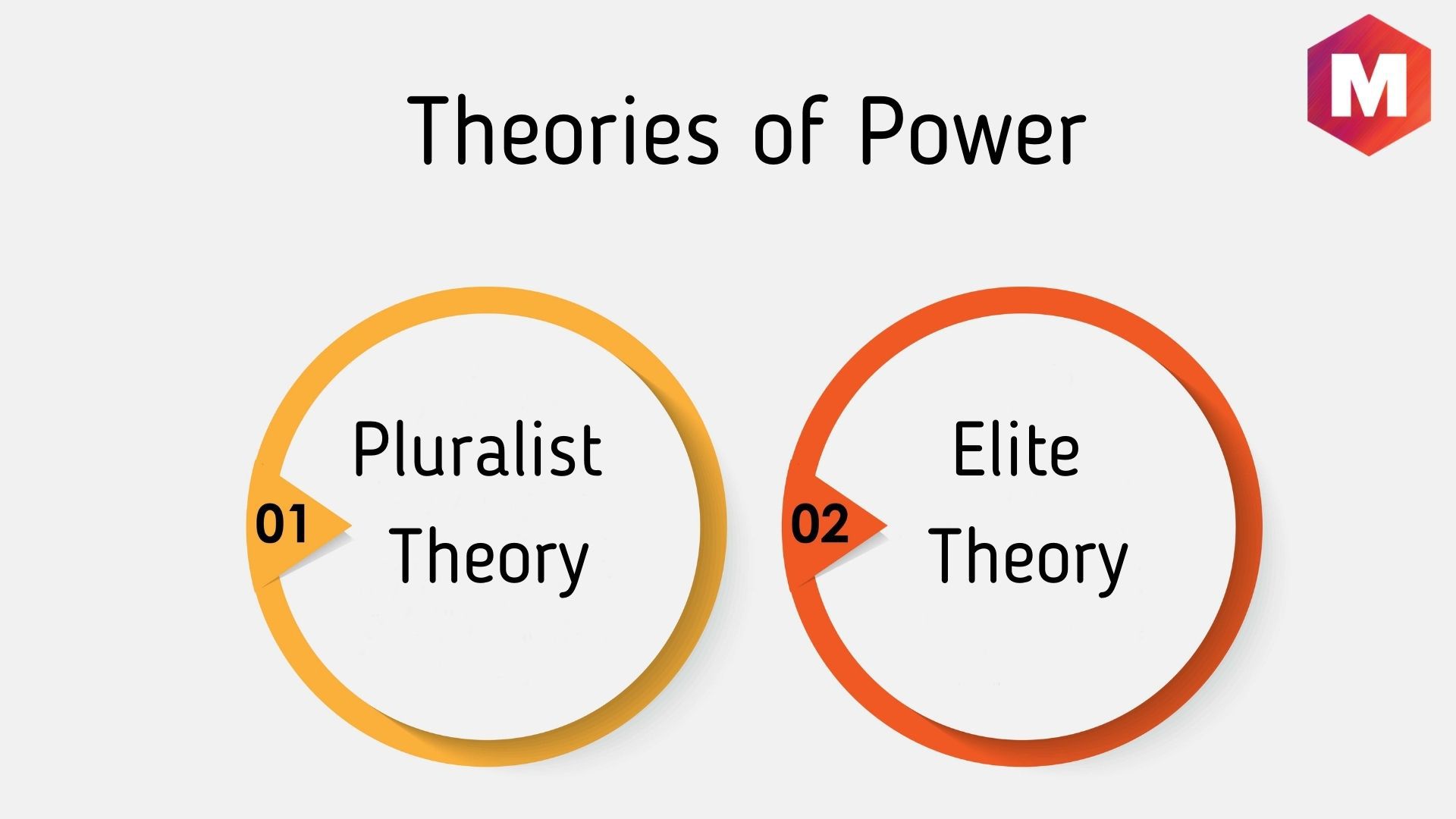 This states that the biggest concern of the functionalist theory is the smooth functioning of society. This takes the shape of Pluralist Theory when applied to fields like Politics.

Also Read  What Are Social Barriers? and How to Overcome Them

According to the Pluralist Theory, the government acts as an impartial participant when it has to be active in the entire process.

Several of these theorists are in opposition to the above model of power.

This is composed of people in big businesses, government, and the military, collectively forming the ruling class that controls the entire society and undertakes its interests.

From the John French and Bertram Raven bases of power to the other types of power, they all come into play in the effective, constructive and productive channelization of organizational tasks.

The managerial power is important in influencing associated members in a result-driven manner that ultimately optimizes the organizational performance.

Having any confusion about the power in management? Feel free to ask us in the comment section below.