Theory X and theory y are considered as theories of human motivation at the workplace. This theory was developed by Douglas McGregor in 1950s at MIT. Both theories X and Y are proposed by McGregor which describe the workforce models which are contrasting in nature and which are used by reporting managers in organizational behaviour and human resources at a typical workplace.

These theories are used in management studies and are used to study the effect of motivation and productivity in employees in different ways.

What does Theory X mean?

The assumption also states that the average worker is individual goals oriented, in other words, selfish or self-centered and the only way to work with such employees is to use punishments and rewards as positive or negative motivation.

The primary assumption in theory X is that the managers believe the employees are inferior, lazier, and they work only for a small amount of meager and sustainable income, that too out of their self-interest.

Such managers use a hands-on approach with their employees, and they also believe that all of their actions should be traceable, and the individual employee should be responsible for their actions. This ensures that the individual either receives a reward or a punishment depending on the negative or positive outcome.

According to McGregor, Theory X involves two different and opposite approaches:

The soft approach, like its name, is dependent on lesser restrictions and leniency to create very high morale in employees and build a cooperating nature between teams. This type of system may result in the output workforce, which may ultimately hamper the organization.

Also Read  What is Extrinsic Motivation? Types and Motivating Others Extrinsically

The other method is the hard approach in which punishment is the primary method. The hard approach also requires intermediation and micromanagement, which may inculcate hostility in the minds of employees.

This may also cause resentment towards the organization and management. Employees believe that their managers always point out their mistakes because those managers do not trust them to work.

The approach of theory X is more like ‘they versus we’ meaning it’s always employees versus management.

Both of the approaches are at the end of a spectrum and are considered very extreme to have real-world applications. Both of these ends of the spectrum are considered by McGregor to be very difficult for real-world applications, and he felt that instead of a middle approach should be utilized to increase the effectiveness of the implementation of theory X.

The application of theory X can be found more than in a place where there is an assembly line or laborers. A company which has specific work conditions which allows the employees in particular work to specialize in particular areas, which helps the organization to produce better quality and quantity of the work in high volumes or mass-produce them.

What does Theory Y mean? 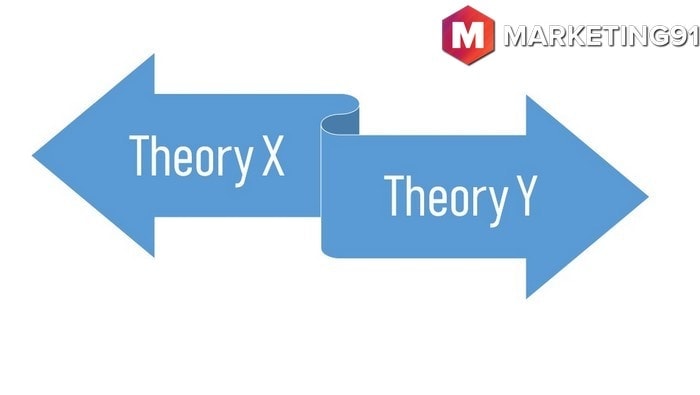 Unlike theory X, the theory Y assumes that there is an internal motivation present in all of the employees and all employees – be it a manual laborer or an executive officer – all of them love their job and are internally motivated to work better without expectation of reward.

The managers who are the followers of theory Y consider their employees or their juniors and subordinates as one of the most valuable assets for the organization because employees not only take full responsibility for their work but also go that extra mile to deliver better results without requiring the supervision by their managers in order to create a better output.

However, theory Y states that the employee has to take the approval of their manager to carry out the task because it ensures productive and effective output which is in line with the standards of the company.

Unlike theory X, managers and employees who follow theory Y may have a better relationship with each other, which might create a happier, more satisfied, relaxed, and healthy atmosphere at the respective workplace.

Theory Y also allows the employees to publish, design, or construct at their work in a time-effective manner and the ordinance of their projects and workloads.

While creativity and discussion are encouraged by theory Y, it has certain limitations like there is a huge room of error because of the personalized feel it allows. 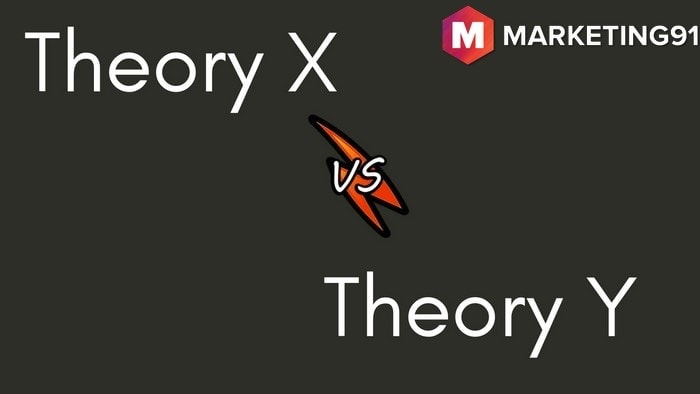 Theory X assumes that there is a centralization of authority and very tight control over the employees, but theory Y says that the authority should be decentralized and that should be leniency in control.

Many have categorized Theory X as an autocratic type of leadership and Theory Y as Democratic style.

Application of theory X and theory Y in motivation:

In spite of having contrasting views theory, X and Y have found a lot of applications in many fields and workplaces.

Also Read  What is Intrinsic Motivation? Examples and Factors

Here is a video by Marketing91  Theory X and theory Y of Management.