The Reinforcement theory is considered as motivational theory and is defined as the process of molding for shaping the behavior of an employee by the employer by controlling the after-effects for the consequences of that behavior use of suitable rewards and punishments which reinforces the wanted behavior and terminates the unwanted behavior.

What is Reinforcement Theory?

According to the definition, reinforcement is considered as a motivational theory. This concept can be used to motivate the employees to achieve a certain objective, which is considered suitable by the employer.

To evoke predictable and controlled behavior from the employee and employer may use a suitable program which involves rewarding desirable behavior and punishing the unwanted behavior. It is common knowledge that what gets rewarded gets repeated, and what gets punished gets avoided.

The behavior that generates consequences known as operant behavior. The primary focus of the Reinforcement theory is on what happens when an individual takes some action.

Since most of the action and reaction depends on external factors, it is to be ensured that the external environment is designed effectively so that it acts as a motivation to the employee.

The Reinforcement theory can also be used as a determinant or a tool to analyze and control the individual behavior and its mechanism, but this theory does not focus on the causes that led the individual to the action. This theory is most often used by managers in order to control the behavior of the employees.

The reinforcement may be positive or negative, depending on the method applied by the manager. For example, in the case of positive reinforcement, the theory says that if an employee shows a desirable behavior an outcome, the manager rewards or praises the employee for that particular behavior.

In case of negative behavior or the behavior that is not decided by the manager or organization, the employee is punished thereby making it clear that this kind of behavior will not be tolerated and is not to be repeated by the employee.

Rewards and punishments are crucial factors in reinforcement theory. If a bad behavior as reported then the employee will always attempt to outperform himself in an undesirable way in order to seek the reward and on the other hand if the desired outcome is rewarded appropriately than the employee is always imitate an attempt to outperform the positive behavior in order to seek better rewards.

In this case, the employer should always keep the reward ready so as not to disappoint the employee and reduce the wait time between in the performance and the reward.

Punishment sometimes is also seen as a positive reinforcement since it was the undesirable behavior of the employees. Sometimes there is an absence of positive as well as negative in the first maintained in this case the condition is termed as extinction.

Extinction is not a desirable action and may happen by the employer due to negligence. Extinction is the absence of positive reinforcement and removes the reward.

Since the employee is not getting any positive reinforcement because of his positive behavior, it may result in resolving the desirable action, thereby reducing productivity. Extinction does not necessarily reinforce undesirable behavior, but it may also cause apathy on the part of the employee.

There are various types of reinforcement and their schedules, depending on when and how to reinforce certain types of behavior. They can be intermittent, or continuous, variable or fixed schedule reinforcements.

Reinforcement theory helps to focus on future consequences by changing the outcomes from the past. It is very important to administer the right reinforcement to the right person at the right time because time is all that makes a difference in the case of reinforcement.

For example if an employee has achieved something remarkable as compared to other employees of the same level you should be immediately rewarded appropriately so as to reinforce his behavior and to give an acknowledgment that it is what the organization desires and the employee should strive to achieve further and more rewards and others should try to imitate the behavior of the employee.

However, if this does not happen in time, then the employee misuse motivation imitate and repeat the action further, which will cause either an undesirable behavior for extinction on the part of the employee. This certainly will be of no use for the organization. 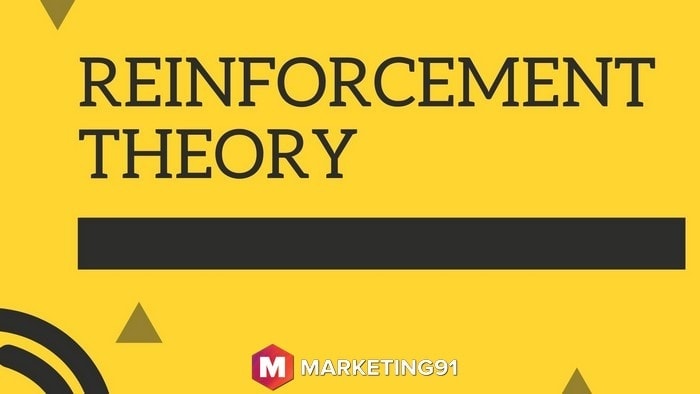 There is another employee in the same office who also manages to achieve the client conversion and the following month but does not get positive reinforcement because the methods implemented to achieve the land conversion were unethical in the eyes of the organization.

The manager immediately pernicious the embroidery buy ether terminating him from the job or reassigning him. this gives a clear message that undesirable action will not be tolerated in the organization.

Another employee sees this and achieves the target conversion in the following month but gets no acknowledgment from the manager or the company. This causes apathy in the mind of the employee and does not repeat the behavior once again.